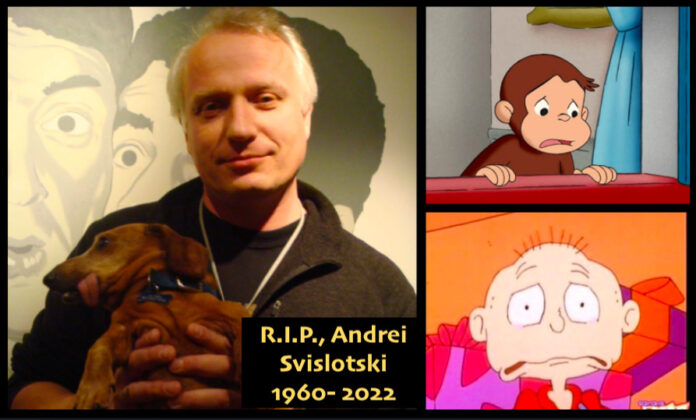 We are saddened by the sudden passing of animation veteran Andrei Svislotski on Monday, Dec. 19th at age 62. The Russian-Born animator had a rich and colorful career, which he embarked upon after studying architecture and animation in Moscow and working on Russian shows such as Kubik, Doremi and Cat Leopold.

In the 1990s he joined L.A.-based Klasky Csupo studio, working on animated shows such as Edith Anne, Santo Bugito and Duckman as character designer, layout supervisor and animator.

Svislotski was an in-demand animation director for popular Nickelodeon series such as Aaahh!!! Real Monsters, Rocket Power, Rugrats and its sequel All Grown Up! He also helmed several Curious George home-video projects. He received a Daytime Emmy nomination for his work on Aaahh!!! Real Monsters in 1995 and another Emmy nom for directing the Curious George series in 2014, an acclaimed 2D show that he worked on for many seasons. He was also character layout supervisor on The Rugrats Movie in 1998 and was animation director on the studio’s adult animated project The Immigrants. He also directed several episodes of Disney Jr.’s Sheriff Callie’s Wild West.

He also worked as a storyboard artist on a wide variety of project including A Very Pink Christmas, Doc McSuffins, DreamWorks Dragons, Peter Rabbit, Masha and the Bear, Mickey Mouse Clubhouse and Mission Force One. In addition to Klasky Cuspo, he worked with Brown Bag Films, Paramount, Universal, Disney Junior, DreamWorks Animation TV and Nickelodeon through the years.

Svislotski’s friends have set up a fundraiser to support his family during this difficult time.

They wrote, “On December 19th, 2022, our dear friend Andrei Svislotski suddenly passed away at work. He was 62 years old. Andrei was a man of enormous talent and a very fun guy to be around. He will be gravely missed by his wife Elena, their son Kirill, and all of his friends and colleagues which are many.”

To contribute to the late artist’s fundraiser visit: 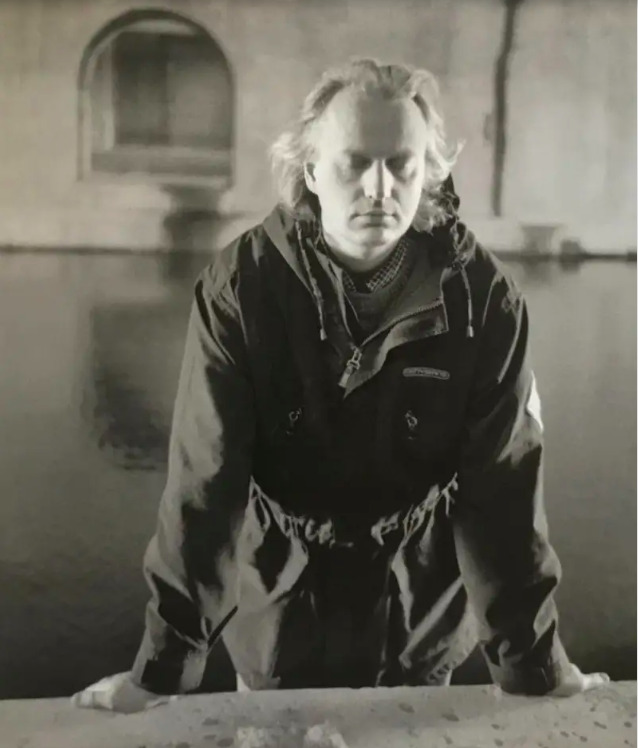