Yang Jian is the second installment of the studio’s “New Gods” series of animated action-fantasy epics inspired by Chinese mythological figures, following the 2021 feature Nezha Reborn. Domestically released on August 19, New Gods: Yang Jian was the top film at the mainland China box office, beating Minions: The Rise of Gru, and earning $19.8 million on its opening weekend, with a current domestic box office of over $77 million.

GKIDS will release New Gods: Yang Jian theatrically in both original Mandarin language and an all-new English-language dub. As a part of GKIDS’ work towards authentic and inclusive casting, the studio held to its goal of securing an entirely AAPI dub cast for the film.

“As a dubbing studio that has long been committed to diversity and inclusion, NYAV and GKIDS are excited to bring yet another cast that highlights AAPI representation, which includes our dubbing director David Chen, a Chinese Canadian,” said Dubbing Supervisor Stephanie Sheh, of NYAV Post. “We are extra excited to be able to continue working on these gorgeous films and love the creative revisioning that have been so beautifully imagined by Light Chaser Animation.”

Synopsis: Thirteen years after Yang Jian (known to some as Erlang Shen) imprisoned his sister beneath a mountain, the once powerful god now scrapes by as a penniless bounty hunter. When a mysterious woman hires him for a new job, Yang Jian soon finds himself chasing down a familiar figure. He must stop Chenxiang, his long-lost nephew, who is in search of the magical lotus lantern that will free his mother, even if it will bring catastrophe. As Yang Jian confronts the actions of his past, he must face a host of dangerous vigilantes seeking the same treasure with the power to alter the balance of their worlds. 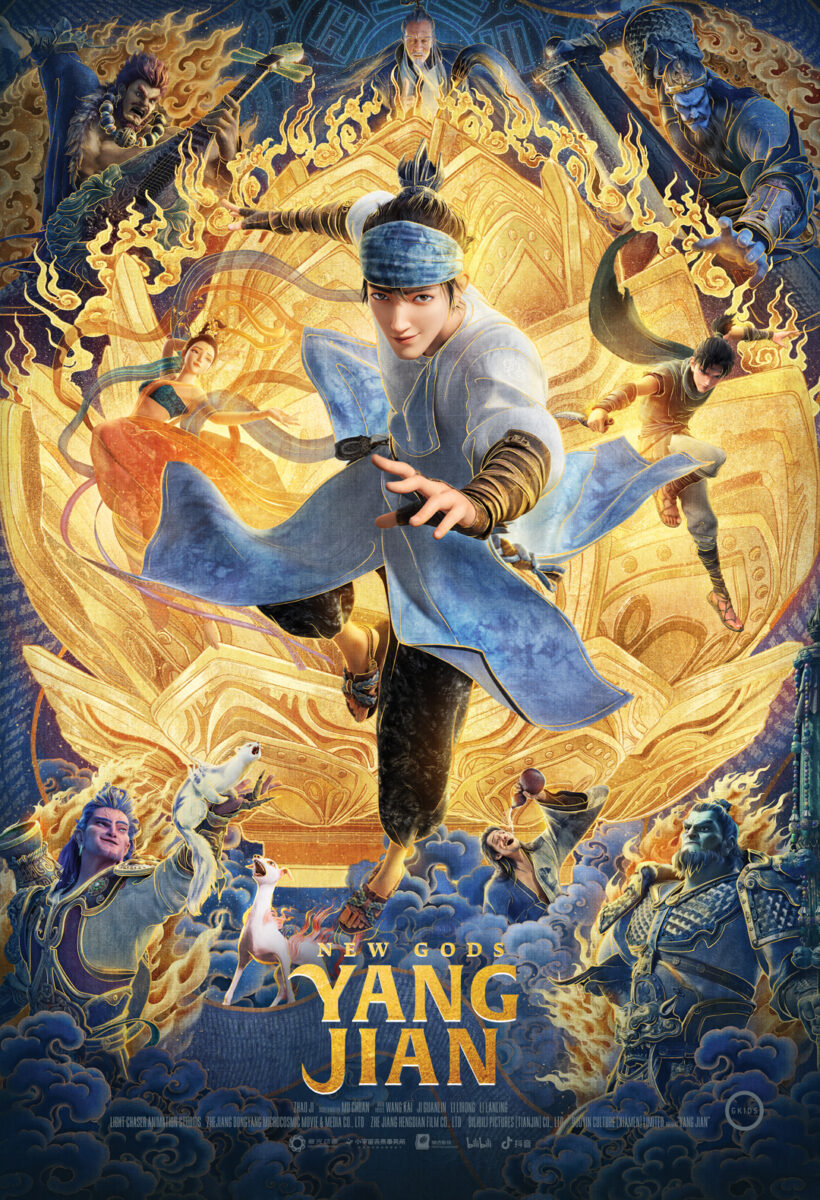