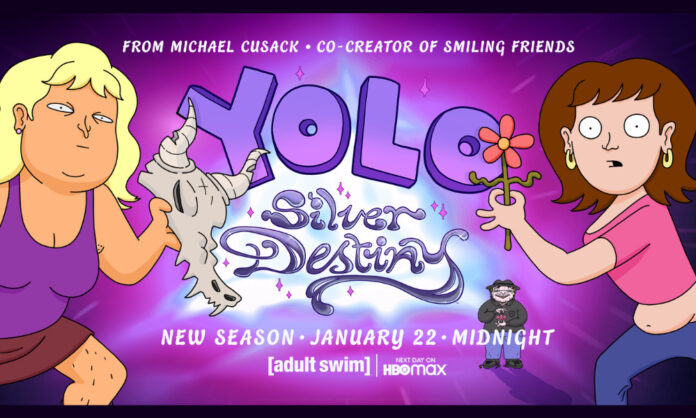 Adult Swim returns to the weird world of Wollongong this winter, unveiling the official trailer and a new release date for YOLO: Silver Destiny. The new season of misadventures down under debuts Sunday, January 22 at midnight on Adult Swim with two back-to-back episodes, streaming the next day on HBO Max.

Their continued quests kick off when a chance encounter at a Sausage Sizzle nudges the girls in pursuit of their destinies — Sarah want s to grow a beautiful garden, and Rachel wants to become a dark Empress. Meanwhile, Lucas the Magnificent embarks on a mysterious new quest to overcome Sarah’s repulsion and win her heart.

Hey, you only live once!