“The NFT market has opened many doors for the animation sector, it’s showcased the talent of numerous artists and unearthed many wonderful stories. In addition, it has released this incredibly exciting world we now called the metaverse,” said Cantrill, Head of Creative for Kalidor and co-creator of the series. “Netvrk is one of the leaders in this field and we are excited to have signed this partnership. Partnering with Netvrk was obvious from the outset as every animated series needs a location, a universe, a metaverse. The Jungle Freaks animated series is unique. It’s the first NFT project to be transformed into a series located inside a digital landscape.”

Viska, CEO of Kalidor and Viskatoon, noted, “This is the new paradigm the industry has been searching for to cater for the incubations, production and screening of concepts beyond the realms of conventional screens.”

Xentrix Studios will back the production with its animation expertise, honed through frequent collaborations with leading entertainment brands such as Marvel, Warner Bros., Paramount, Nickelodeon and DC. The studio already works with Unreal Engine and Unity, and will be producing Jungle Freaks – The Animated Series in high-fidelity 3D CGI ready for metaverse and Web3 integration.

Netvrk is planning a fully immersive experience for Jungle Freaks fans, which will allow the audience to explore its world along with the series and interact with other users inside the same environment featured in the show. Access will be available via Netvrk’s forthcoming social spaces and gaming venues.

“With our vision to establish the world’s premier 3D content creation, monetization, and social platform for everyone, it makes perfect sense to become the virtual home for all IPs. We plan to give an added level of experience and storytelling,” said Netvrk CEO Linus Chee. “A partnership with Kalidor/Xentrix and the Jungle Freaks TV show opens up new possibilities that every animation project can employ. A way for projects to seamlessly enter into Web3 with us as the bridge.

“We are excited about working with Ken and the entire team at Kalidor and Xentrix to bring not only Jungle Freaks but all their IP to life inside the Web3 space. Ken’s passion for Jungle Freaks and Netvrk is addictive.”

David Lopez-Kurtz, CEO, BSL Group and Attorney, Dinsmore & Shohl LLP, commented on the partnership: “Any digital asset, including non-fungible tokens (NFTs), can be classified by regulators as a ‘security.’ By embracing available regulatory infrastructure, Kalidor Media Group, Viskatoons, Xentrix Studios, and Netvrk are pressing forward to an exciting future where economics and expectation of profits are appropriately offered and sold pursuant to applicable securities law, while simultaneously affording purchasers and community members the ability to enjoy Web3 freedoms and mechanisms.” 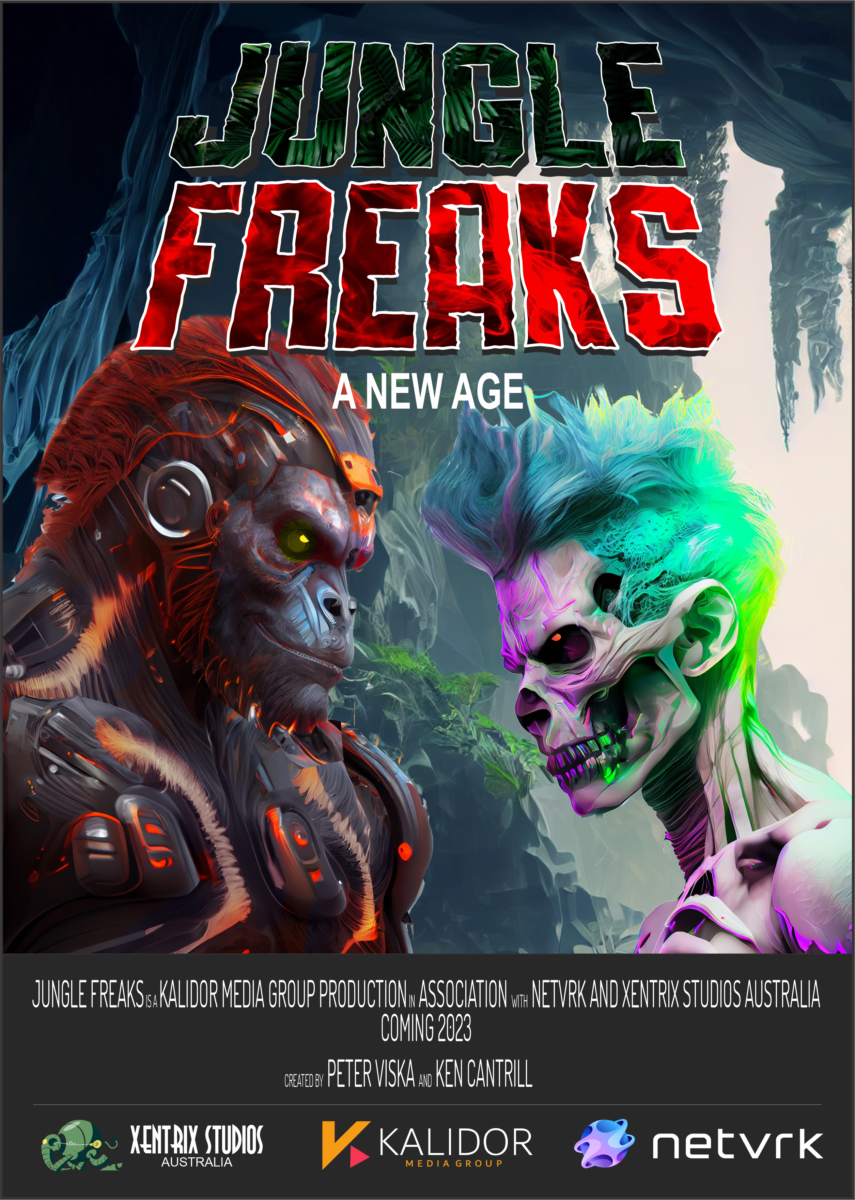