Emmy Award winning VFX artist Kevin Kutchaver recently presented a very special panel entitled “An Inside Look at the VFX Featured within the TV Series ‘Xena: Warrior Princess’” — in which he was reunited with two additional members of the Visual Effects Team for that iconic show: Andy Clement and Bryan Blevins.

Held November 19 at the LAX Hyatt Regency Hotel, the session was a highlight of Creation Entertainment’s “A Salute to Xena: 25th Anniversary” convention, a weekend-long event attended by several thousand Xena fans. In addition to the VFX session, the con also featured live appearances by every major cast member from the series, along with photo and autograph opportunities, and the sale of hundreds of memorabilia items.

During the VFX presentation, Kutchaver, Clement and Blevins displayed numerous clay-sculptured models and maquettes, and explained how they had had to devise new methods by which to digitize those props into computers.

“Back in 1995, ’96, ’97, we literally had to invent new ways to tell Xena’s stories,” said Kutchaver, who today is one of Hollywood’s most in-demand VFX artists with a prolific 40-year career in film and TV. “As visual effects work had just started to move to the desktop, it was literally like the wild west of computer technology. People have since asked us, ‘Why weren’t Xena’s episodes shot in HD?’ to which I always reply, ‘Because HD wasn’t even invented yet!’”

Kutchaver recounted how he was walking once with Rob Tapert, the then executive producer of Hercules: The Legendary Journeys, for which Kutchaver’s company Flat Earth Productions was providing VFX. “I remember Rob saying to me, ‘I have this idea for, like, a female Hercules character, what do you think?’ to which I replied, ‘Rob, that’s a terrible idea!’ Fortunately, Rob didn’t listen to my bad advice!”

“I owe my VFX career to Kevin Kutchaver,” said Blevins (Blade, Jimmy Neutron, Young Jedi Adventures). “He gave me my first big break on Hercules and Xena when he owned Flat Earth Productions. We had to create a lot of digital effects for those shows under very tight budgets and quick deadlines. In the early days of Xena, each episode had only a few VFX shots, but by the end of the last season — well, there were 500 shots in the very last episode!”

Added Clement, “You don’t get anything on screen that feels more organic than when you sculpt a physical maquette and then digitize it. I did sculpting on a lot of creatures for Xena, along with a good deal of 3D animation work. In the early days of computers, it could take a very long time to map and grid each of the physical models and maquettes. Then rendering them took forever. But as Xena’s seasons progressed, so did computers and the software, which helped speed things up.” Clement’s recent credits as a special makeup effects and digital artist include The Boys, Deadpool and Nightmare on Elm Street.

“In retrospect, we really had a great time doing Xena,” Kutchaver noted. “Both Hercules and Xena were huge hits for Universal Television and Rob Tapert’s company, Renaissance Pictures, and Rob was interested in putting as much as he could into every episode. Each season we’d get a fairly locked budget, and we’d say, ‘Well, what do we have to do this week? What does the story call for? And what, given our talents and our tech, can we do to make those FX look as realistic as possible?’

“I’m proud to say we never gave up, even with those limited budgets and ungodly deadlines. I like to think we played a nice role in TV history with the hundreds and hundreds of creative images we contributed to Xena: Warrior Princess.”

Kutchaver (kutchaver.com) is currently a Senior VFX Artist for Warner Bros. Television for the hit shows The Flash and Legends of Tomorrow. He won a 2005 Emmy Award for Outstanding Visual Effects for his work on the TV show Lost, as well as the Arkin Medo Award for Photographic Excellence in 1979 and was nominated in 2007 by the Visual Effects Society for Outstanding Supporting VFX in a Broadcast Program for his work on Alias. 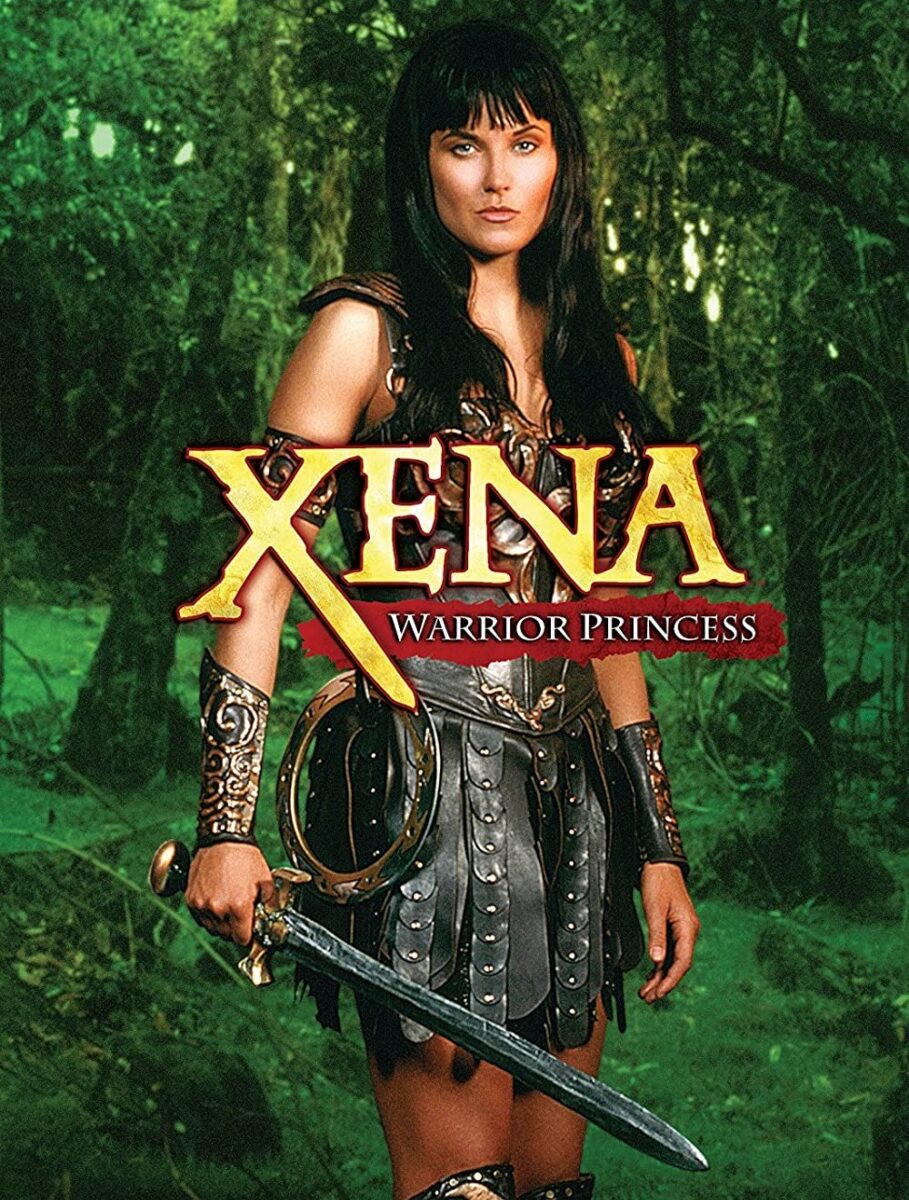 Xena: Warrior Princess aired in first-run syndication from September 4, 1995, to June 18, 2001. Critics praised the series for its strong female protagonist, and it has since acquired a strong cult following. Writer-director-producer Rob Tapert created the series in 1995 under his production company, Renaissance Pictures, with executive producers R. J. Stewart and Sam Raimi.

A spin-off of Greek myth-inspired fantasy Hercules: The Legendary Journeys, The series follows Xena (Lucy Lawless,) an infamous warrior on a quest to seek redemption for her past sins against the innocent by using her formidable fighting skills to now help those who are unable to defend themselves. In its second season, Xena became the top-rated syndicated drama series on American television. For all of its six years, the series remained in the top five.

Xena aired in more than 108 countries around the world in syndication, and in 2004 and 2007, it ranked #9 and #10 on TV Guide’s Top Cult Shows Ever. The title character also ranked #100 on Bravo’s 100 Greatest Ever TV Characters. Xena‘s success has led to hundreds of tie-in products, including comics, books, video games and fan conventions. The character also featured in the direct-to-video animated movie Hercules and Xena – The Animated Movie: The Battle for Mount Olympus (1998).