The dub cast features the following performers in the main roles: 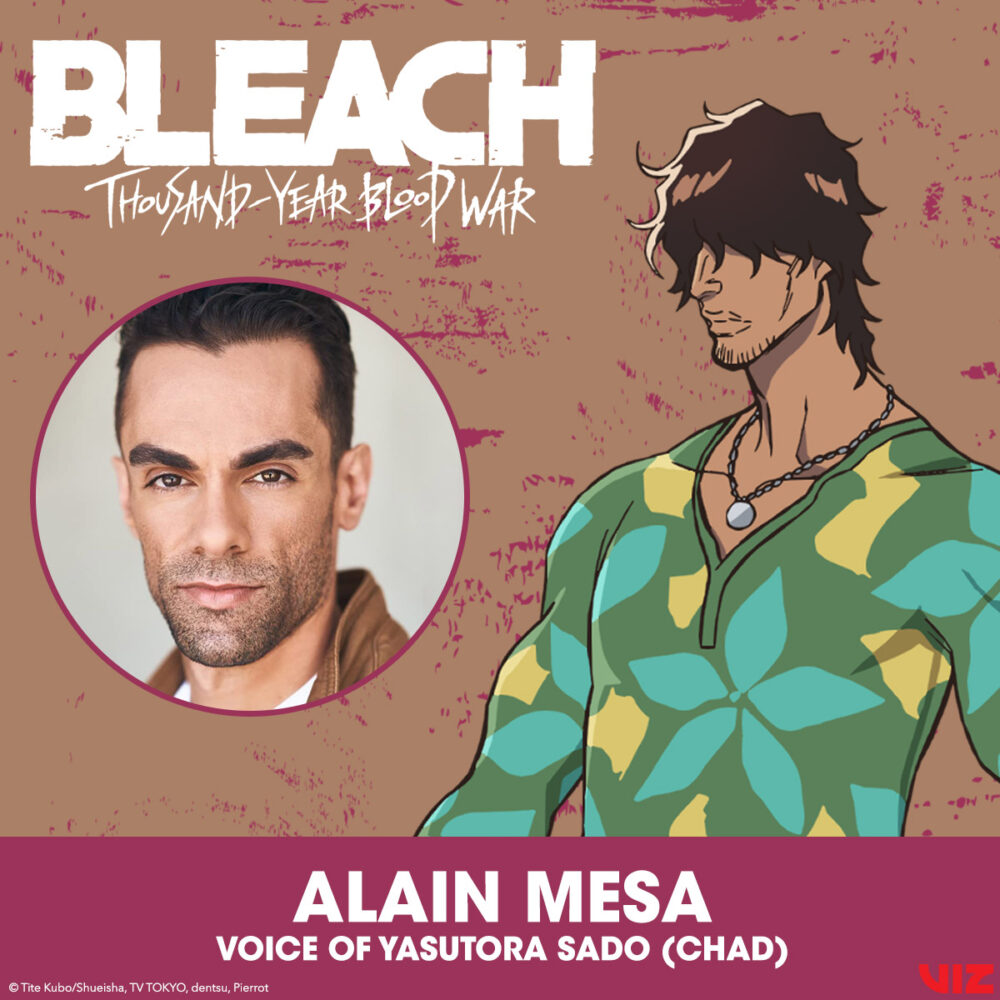 Synopsis: Was it all just a coincidence, or was it inevitable?

Ichigo Kurosaki gained the powers of a Soul Reaper through a chance encounter. As a Substitute Soul Reaper, Ichigo became caught in the turmoil of the Soul Society, a place where deceased souls gather. But with help from his friends, Ichigo overcame every challenge to become even stronger

When new Soul Reapers and a new enemy appear in his hometown of Karakura, Ichigo jumps back into the battlefield with his Zanpakuto to help those in need. Meanwhile, the Soul Society is observing a sudden surge in the number of Hollows being destroyed in the World of the Living. They also receive separate reports of residents in the Rukon District having gone missing. Finally, the Seireitei, home of the Soul Reapers, comes under attack by a group calling themselves the Wandenreich.

The series is supervised by Kubo, directed by Tomohisa Taguchi with character design by Masashi Kudo and music by Shiro Sagisu. The opening theme “Scar” is performed, written and composed by Tatsuya Kitani; the ending theme “Saihate” is by SennaRin (artist/lyrics) and Hiroyuki Sawano (composition/arrangement). The animation is produced by studio Pierrot.