Rocksy, Berry, Leaf and Twig face uncharted backyard territory in the 10 newest episodes of DreamWorks Animation’s The Mighty Ones Season 4 arriving to Peacock and Hulu December 9.

Created and and executive produced by ​Sunil Hall​ (Gravity Falls) and ​Lynne Naylor (Samurai Jack) and featuring the creative team behind some of the most influential animated series of the last two decades (​The Ren & Stimpy Show, SpongeBob SquarePants, The Powerpuff Girls)​, watch the adventures unfold in the trailer below!

Synopsis: In every backyard a secret world exists filled with tiny creatures. The Mighty Ones follows the hilarious adventures of the smallest of them: a twig, a pebble, a leaf and a strawberry who call themselves “the Mighty Ones.” These best friends live in an unkempt backyard belonging to a trio of equally unkempt humans who they mistake for gods. Despite their diminutive stature, the Mighty Ones are determined to live large and have fun in their wild world.

Now, the Mighty Ones once again find themselves in uncharted territory as they continue to discover unexplored areas of the yard. Twig must fight for his life in a Gladiator Pit after being accidentally discarded into a compost bin. The group embarks on an epic quest to find something called a cup. Leaf struggles to find a decent pair of pants. And when they decide to launch themselves into outer space, they become stuck in the heavens (really, a light bulb).

The Mighty Ones features the voices of Jessica McKenna as Rocksy, Alex Cazares as Very Berry, Jimmy Tatro as Leaf and Josh Brener as Twig.

Guest stars include Johnny Pemberton as Gherkin, Kayvan Novak as The Emperor Worm and Flula Borg as Hans. 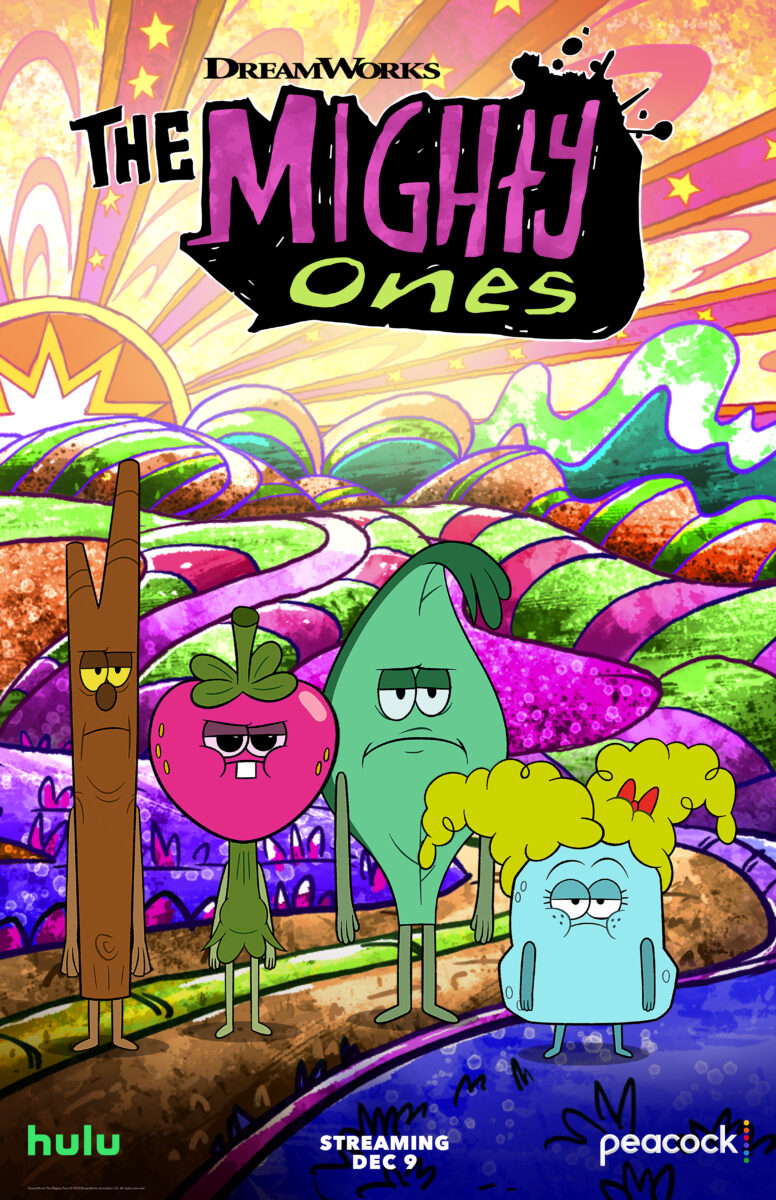