‘The Super Mario Bros. Movie’ Is Ready to Hit the Rainbow Road with In-Depth Trailer

“There’s a huge universe out there, with a lot of galaxies. They’re all counting on us…

That’s how Princess Peach (voiced by Anya Taylor-Joy and embodying a much more heroic role than her original damsel in distress routine) sets up the stakes for Nintendo’s beloved plumber in the full-length official trailer for The Super Mario Bros. Movie. This CG animated ode to console classics is coming to theaters April 7, 2023 from Minions studio Illumination Ent. and Nintendo, released worldwide by Universal Pictures.

Loaded with Easter eggs for video game fans, the new preview takes us to the far corners of Mario’s (Chris Pratt) iconic world, riddled with floating block obstacle courses, intersected by kart racing trails, populated by adorable mushroom folk and, as ever, under threat from the sinister Bowser (Jack Black).

The film is produced by Illumination founder and CEO Chris Meledandri and by Shigeru Miyamoto for Nintendo; co-financed by Universal Pictures and Nintendo. 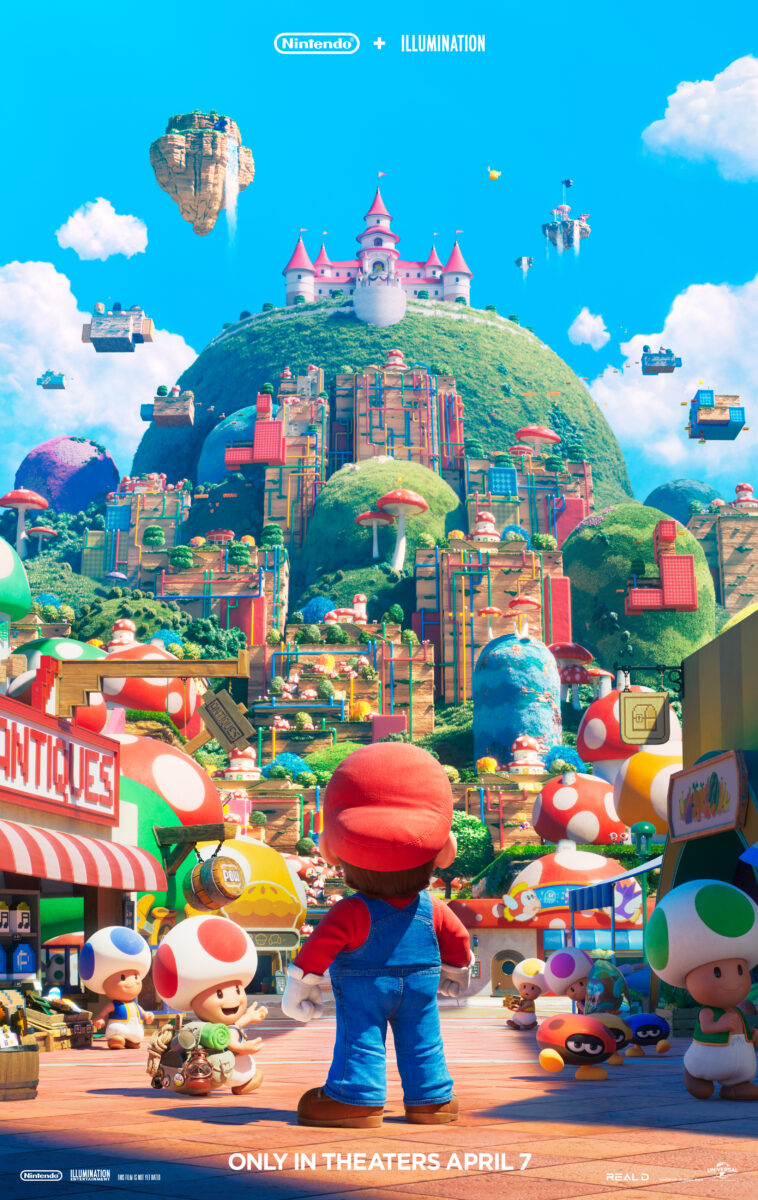