If you are involved with 3D art at all and haven’t investigated Universal Scene Description (USD), then you are already behind the curve — because it is quickly becoming ubiquitous, and not just in animation and visual effects. 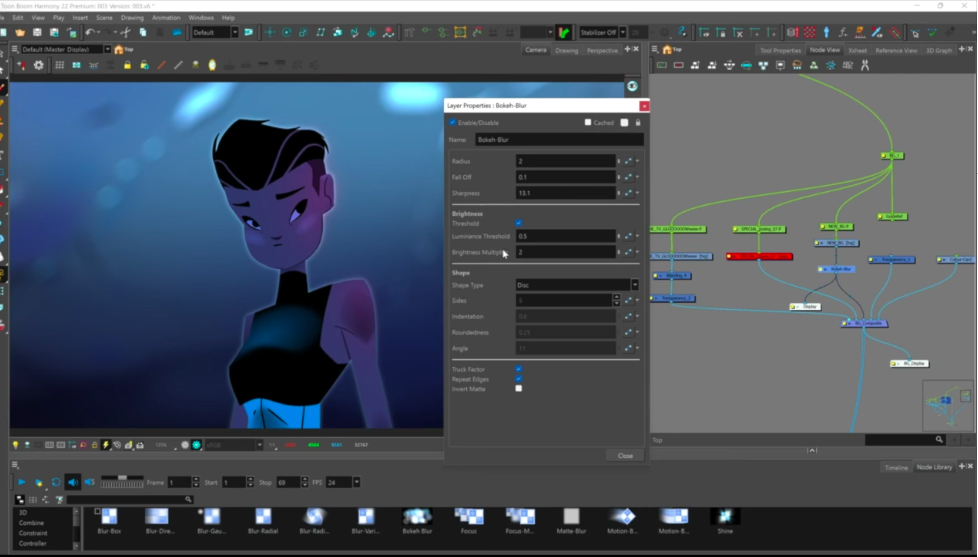 USD is a framework developed by the big brains at Pixar as a way to efficiently define a scene made up of large quantities of 3D elements and parameters. A huge problem with describing scenes is not exclusively about building the scenes — but in a world where every studio has their own flavor — sharing scenes is, and has been, a thorn in our sides. We have had attempts in the form of FBX or Alembic files, but USD looks like it is shepherding in the new way that we share scenes.

We have already seen software adoption of USD — Houdini, Maya, Max, Nuke, Mari, Katana, Unreal, Unity, the list goes on. Each has begun to implement Hydra in their viewports, which is a scalable rendering architecture that ships with USD. And is the most effective way to view the USD scenes we are assembling.

These methods have been driven by the animation and VFX industries, for their own niche purposes. But this technology has grown beyond us. The apps on our phones and tablets that have 3D objects are utilizing USD technology. VR and AR headsets and implementing USD to define the 3D worlds we are experiencing. The Metaverse is now using USD to share assets and define worlds.

USD is helping visualize and economize in completely unrelated industries such as car manufacturing and home furniture designing. So, what does this mean for the animators and artists out there? First and foremost, knowing how USD works in our VFX and animation pipelines will be an advantage. USD is not an elusive, arcane technology. If you are techie enough, you can get the builds for free and dive into the technology yourself. If you are already an artist in Houdini or Maya or Katana, start digging into the USD workflow that has been set up for you. And if you’ve been in the film industry for some time and are looking to move to different industries, know that there is an exit strategy, because your USD knowledge will be useful in so many ways far beyond making films and TV shows.

Toon Boom Storyboard Pro 22 was recently released, so I thought it was a good time to check out the latest version of the popular animation tool. For those you are unfamiliar, Storyboard Pro acts as the development phase of an animation project that will ultimately and seamlessly lead into Toon Boom’s production software, Harmony. But Storyboard Pro is certainly not limited to that ecosystem. It can also interface with standard non-linear editors like Avid and Premiere as well as Foundry’s animatic planning system, Flix.

Basically, Storyboard Pro is the hub of your artwork, storyboard panels, sound, camera moves, etc., where you work through your ideas before bringing them to fruition in animation or film form. And all those images could be created outside of Storyboard Pro on paper or in Photoshop or wherever, or inside Storyboard Pro itself with its bitmap- and vector-based drawing tools.

So, what’s new? Frankly, there isn’t anything that is going to change the industry and how we do things. However, there are things that will make the artists happier, and happier artists are productive artists.

Most of the focus in this release is on refining the drawing tools; obviously an important tool in software revolving around drawings. The most substantial is new brush tool properties which give you fine control over how the brush strokes respond to your pen. Pen tilt and speed can drive size, flow and opacity; usually the pressure of the tip drives both. The fade and tapering of the stroke can be tied to the length of the stroke. This sounds like a lot of different factors based on how you hold and move the pen — but with a little practice it’ll become muscle memory — and the result will look more organic.

A simple new feature called Scale Pencil Line gives you control not of the scale of your stroke — but actually the thickness of the stroke which is pretty cool.

Then there is a fancy mirror feature they threw in to quickly flip your storyboard image. This is leaning into a technique artists use (or should use) when checking shot composition and balance. If you flip and flop your image, you reset your brain, which has acclimated to the image you’ve been looking at. You see the image in a new way. By giving you a quick-check tool, you can make these checks without accidentally affecting the project.

An additional viewing tool is Reference View (updated from the previously named Model View), where you can load images into an internal folder for easy accessibility to pop up as reference when you are drawing your boards.

Landscaper for After Effects

While I love putting together landscapes in World Builder or World Creator or Vue or Unreal, sometimes you don’t need something that robust. Other times, the style of the project you are working on doesn’t call for these specific tools. Or sometimes you just need something to quickly lay out an idea and iterate on it. That’s why Creation Effects (a.k.a. Noel Powell), maker of a slew of production After Effects tools, has brought us Landscaper to fill that need. 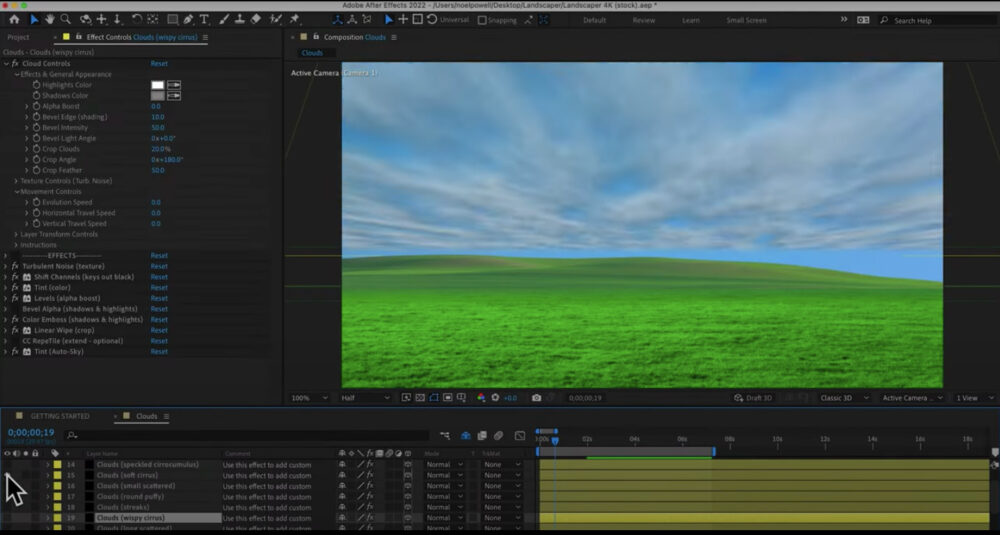 Landscaper is, to put it simply, an After Effects template for making scenes out of layers of elements. It is incredibly robust, well thought out and versatile. The sample After Effects file gets you on your way, with everything organized so you can dive into the different PreComps and audition a vast sampling of built in skies, grounds, water and elements of the world that you can choose and place to compose your scenes.

The package comes pre-bundled with 30 types of scenes ranging from aerial wetlands to winter wonderlands, providing a great starting point for anything you want to create, but also act as references for how to accomplish specific looks if you are building something from scratch. Also included are thousands of plants, geological structures, rocks, trees, pre-rendered animations and really anything you might need which are searchable in After Effects or on the Creation Effects website. To help add animation and effects, there is a whole collection of effects to apply to your elements to get haze, fog, wind, lightning, rainbows and so much more. For cases that require things that don’t exist within Landscaper, you can add your own custom elements — with plenty of information on how to do it located within After Effects itself, or online.

Each of the sections have been setup with control layers with a slew of parameters to make adjustments to the layers and elements. This includes a whole sun and sky system that you can dial to taste or control time of day. All of the above are available at HD and 4K.

The versatility of Landscaper is a little mind blowing, but the product has its limitations. It’s not a compiled piece of software or a plugin inside of a host program. It is quite literally a complex system of compositions and pre-compositions connected by a webwork of expressions within After Effects. So any bottlenecks are a result of limitations within After Effects itself. Also, know that this is not a full 3D platform, even though it is utilizing the 3D functionality of AE. So, your scenes are 3D worlds, filled with 2D elements and camera projected grounds. That means that your camera moves will have to be gentle and tasteful, or else your scene may break.

However, these are just caveats to point out a few limitations in an otherwise impressive bit of planning and engineering to bring forth a product that can help tons of artists realize a vision without needing the time and skills in a 3D program. (And all for $99!)