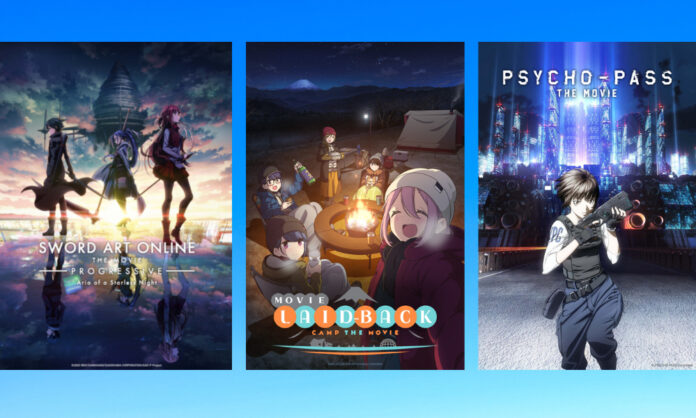 After a nonstop summer of blockbuster anime films joining the Crunchyroll lineup, the streamer is topping up its fall season with more high-profile titles on the way this month — and more to come. November feature film additions include Sword Art Online the Movie -Progressive- Aria of a Starless Night, Laid-Back Camp The Movie, PSYCHO-PASS: The Movie and more.

And soon after its U.S. premiere at Anime NYC this fall, Laid-Back Camp The Movie will make its streaming debut in most Crunchyroll territories worldwide — including India, but excluding Asia as well as Central and South America. The film first released theatrically on June 19, 2022, grossing over 1 billion yen in Japan, and is based on the Laid-Back Camp manga written and illustrated by Afro.

These and the other movies announced today join Crunchyroll’s steadily growing slate of feature film offerings, which since this August has added JUJUTSU KAISEN 0, AKIRA, your name., Wolf Children, The Girl Who Leapt Through Time, The Boy and the Beast, Afro Samurai: Resurrection, Josee, the Tiger and the Fish, The Stranger by the Shore, Sword of the Stranger, ODDTAXI In the Woods, Sing a Bit of Harmony, Fruits Basket -prelude- and the PSYCHO-PASS Sinners of the System film trilogy, among others. 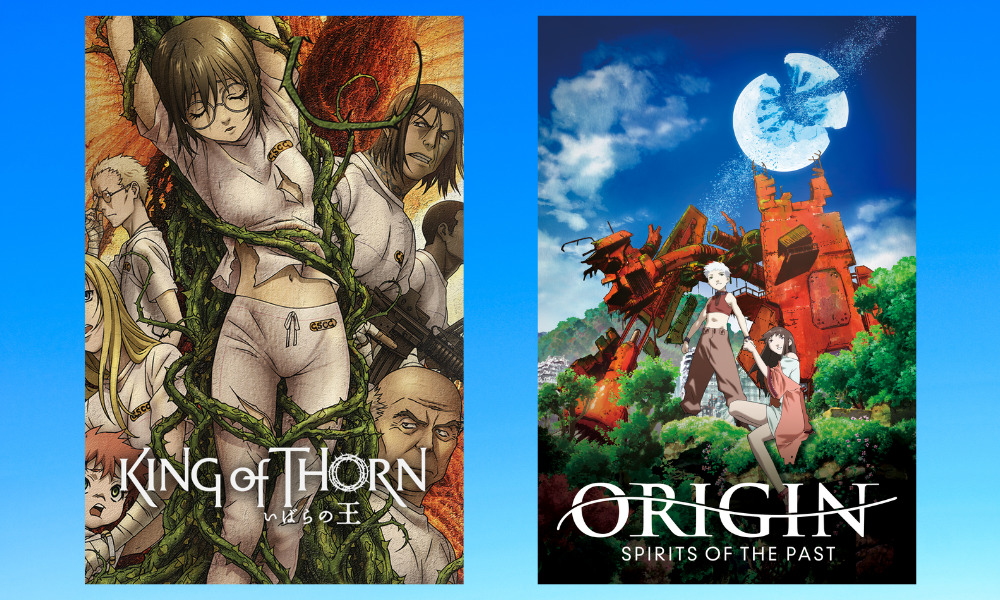 King of Thorn (Sunrise) — Panic spreads worldwide as the Medousa Virus threatens to wipe out the human race. Kasumi is one of 160 people chosen to be cryogenically frozen while a cure is found. When she awakens to find the facility overrun with thorny vines and ravenous monsters, Kasumi and six others struggle to survive this labyrinthine nightmare. If they survive, how long do they have to live? Directed by Kazuyoshi Katayama.

Origin: Spirits of the Past (Gonzo) — Long ago, the Forest was awakened and the Moon unleashed a ravenous Beast upon the Earth. Centuries later, as humanity struggle to coexist with the Forest, Agito revives slumbering Toola, who calls forth ancient technology to reshape the future from the ashes of the past. With the blessing of the Forest, Agito must save Toola from herself in order to rescue them all. Directed by Keiichi Sugiyama.

PSYCHO-PASS: The Movie (Production I.G) — Confident with the success of the Sybil System, the Japanese government begins exporting the technology to other countries. However, when foreign terrorists begin slipping through the System’s security and attacking from within, Inspector Akane Tsunemori is sent overseas to investigate. When her hunt for justice forces her into a standoff with an old ally, will she be able to pull the trigger? Directed by Katsuyuki Motohiro and Naoyoshi Shiotani.

Sword Art Online the Movie -Progressive- Aria of a Starless Night (A-1 Pictures) — Return to the death game where it all began: Sword Art Online. In this new Aincrad Arc by original creator Reki Kawahara, the story is seen through Asuna’s eyes. What at first seems like a dream come true quickly becomes a nightmare when newbie gamer Asuna Yuuki learns the only way to escape the virtual world of Aincrad is to beat all 100 levels — but “Game Over” means you die in the real world. Directed by Ayako Kono.

Laid-Back Camp The Movie (C-Station) — Shima Rin has left her hometown in Yamanashi to live on her own in Nagoya while working for a small publishing company there. On one winter’s weekend in the not-too-distant future, as she’s planning a bike tour, she unexpectedly receives a message from an old high school friend, Ohgaki Chiaki, saying she’s currently in Nagoya. Chiaki now works for an organization promoting tourism in Yamanashi, and she’s in charge of a project to reopen a facility that was closed a few years ago.

When Rin casually suggests that such a large property would make a good campground, Chiaki is inspired. She gathers up all of their old camping buddies—Kagamihara Nadeshiko, who works at an outdoor goods store in Tokyo; Inuyama Aoi, who’s now an elementary school teacher in their hometown of Yamanashi; and Saitou Ena, who works at a dog grooming salon in Yokohama — and the campground-opening project is set in motion. The story of five outdoorsy girls who became friends thanks to their shared love of camping begins once more, taking on a new challenge with the knowledge and experience they’ve gained. Directed by Yoshiaki Kyogoku.