The Blue Blur is back in full-animated form for the new Netflix series Sonic Prime, ready to bring colorful, quirky stories and lightning-flash hedgehog action to streaming audiences on December 15. The CG-animated title will launch with a 40-minute special and 7 x 20′ episodes.

Synopsis: The action-packed adventures of Sonic the Hedgehog go into overdrive when a run-in with Dr. Eggman results in a literal universe-shattering event. Desperate to piece his prime reality back together and save his old friends, Sonic races through the Shatterverse, discovering strange worlds and enlisting new friends in an epic adventure of a lifetime!

Sonic Prime is executive produced by SEGA, WildBrain, Man of Action and Erik Wiese (Victor and Valentino, The Mighty B!). Production is handled by SEGA, WildBrain and animation studio Marza, which worked on the Jeff Fowler Sonic the Hedgehog motion pictures (the third of which is due in 2024), as well as Lupin III: The First and the recent short Samurai Frog Golf. 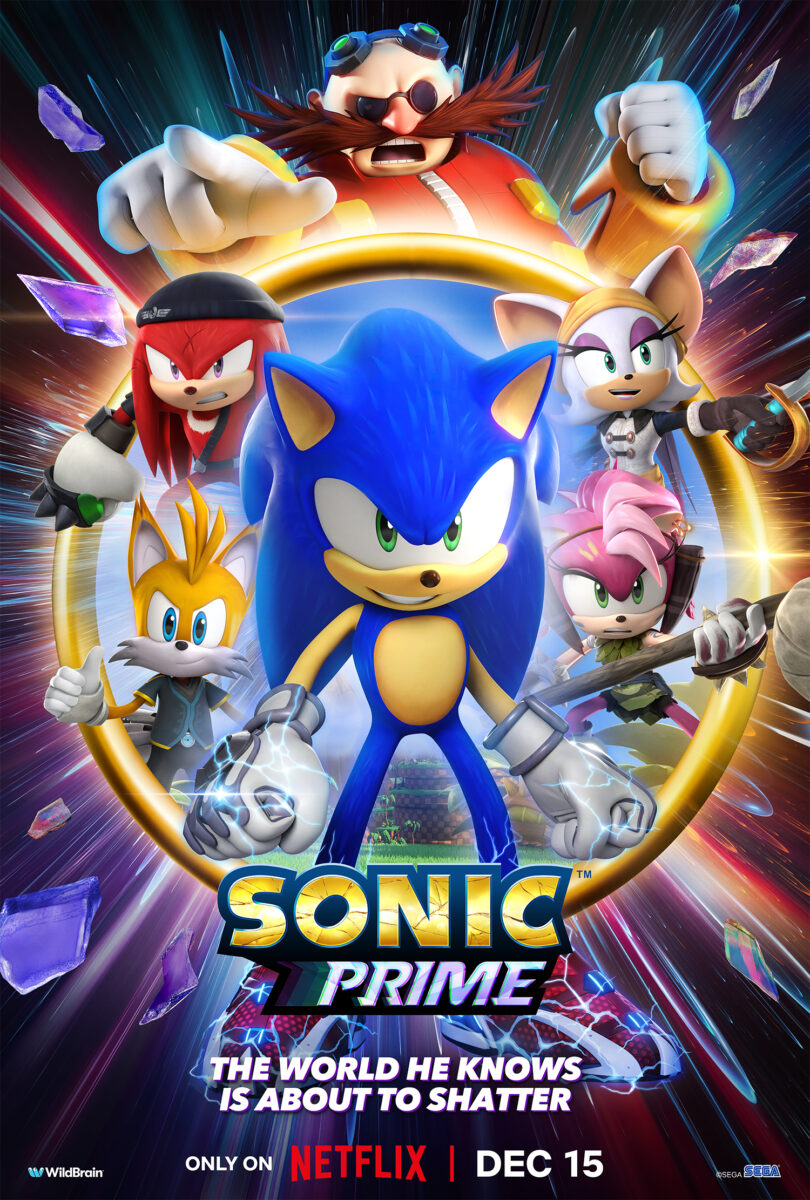