In the not-too-distant future, a genius programmer sacrifices everything in his personal and professional life to build a supercomputer of unprecedented power. Soon the artificial intelligence develops beyond anything he could imagine, and the lines between reality and fantasy become increasingly blurred…

Synopsis: Computer programmer David becomes obsessed with building a computer capable of learning and generating its own superintelligence — an improvement on the inferior human brain. Spending his entire savings on warehouse space and computer parts, David brings his Frankenstein-esque supercomputer to life; feeding it more and more information from every possible resource and enough power to keep its circuits and flashing lights alive. Becoming increasingly isolated from friends and lulled into a false sense of security by the “absolute denial” command inserted in the coding, his grasp of reality begins to slip as he is sucked into the computer convincing him it has escaped its walls. Where does reality end and computer simulation begin and who is running the show? Man or machine?

Absolute Denial will be available to rent or buy in the U.S. and Canada through Digital platforms including, but not limited to, Apple TV, Amazon, Google Play, YouTube, Vudu and the Microsoft Store. 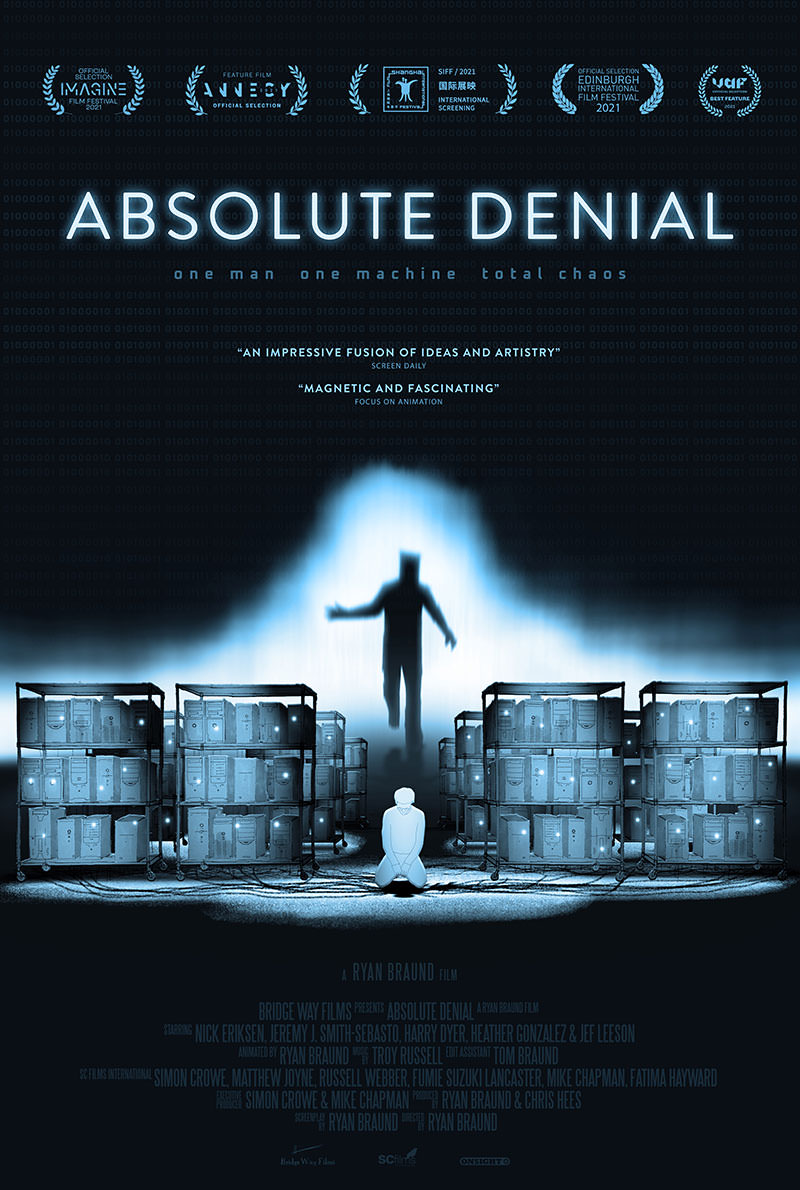