Universal has let a third official trailer for DreamWorks Animation’s Puss in Boots: The Last Wish out of the bag, and this new spot really ramps up the action in this amped up fairy tale adventure.

Fans get to see more of Perrito (voiced by What We Do in the Shadows star Harvey Guillén) and the new villains on Puss’s (Antonio Banderas) and Kitty’s (Salma Hayek) bootheels, as well as more artfully animated locations/swashbuckling fight scenes, and a sinister sniff of the hand scythe-wielding Big Bad Wolf (Wagner Moura, Narcos).

Read all about the film in the January ’23 issue of Animation Magazine, available soon.

Synopsis: In this new adventure in the Shrek universe, daring outlaw Puss in Boots (Oscar nominee Antonio Banderas) discovers that his passion for peril and disregard for safety have taken their toll: Puss has burned through eight of his nine lives, though he lost count along the way. Getting those lives back will send Puss in Boots on his grandest quest yet.

The notorious PiB as he embarks on an epic journey into the Black Forest to find the mythical Wishing Star and restore his lost lives. But with only one life left, Puss will have to humble himself and ask for help from his former partner and nemesis: the captivating Kitty Softpaws (Oscar nominee Salma Hayek Pinault).

In their quest, Puss and Kitty will be aided — against their better judgment — by a ratty, chatty, relentlessly cheerful mutt, Perrito (Harvey Guillén). Together, our trio of heroes will have to stay one step ahead of Goldi (Oscar nominee Florence Pugh) and the Three Bears Crime Family, Jack Horner (Emmy winner John Mulaney) and terrifying bounty hunter, the big, bad Wolf (Wagner Moura). 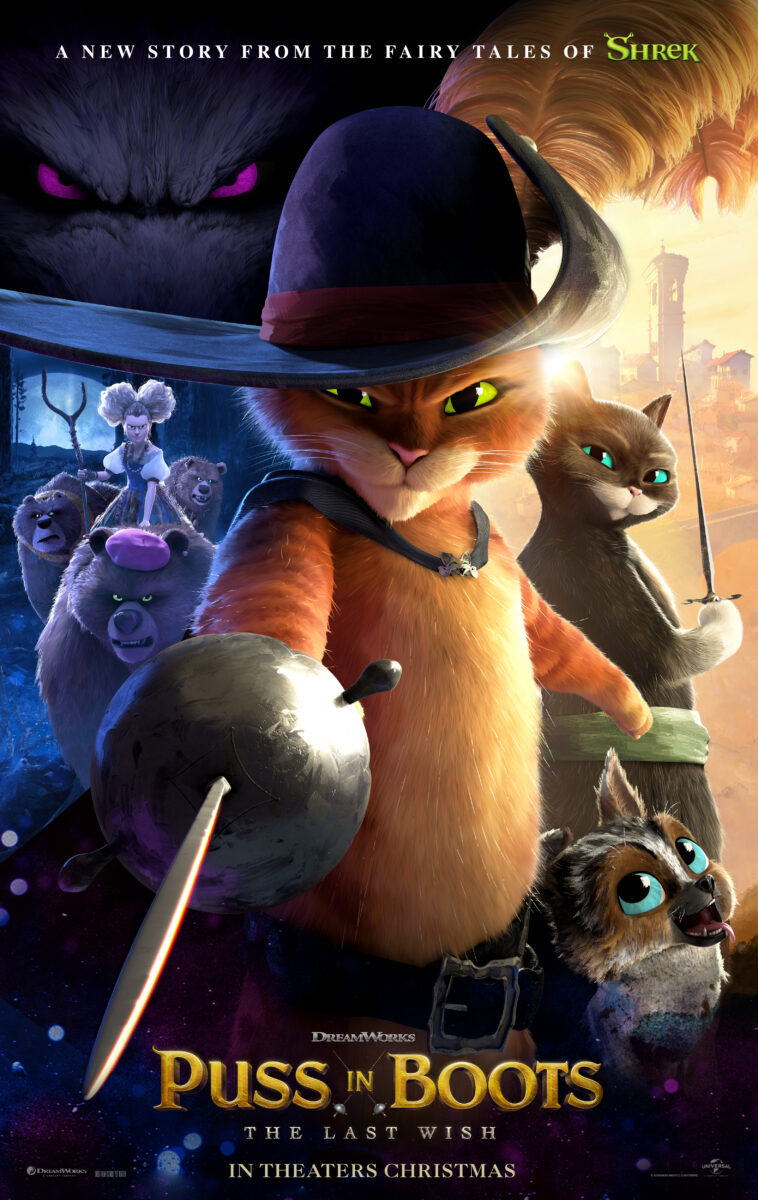