Inu-Oh, the much-lauded latest acclaimed director Masaaki Yuasa (Ride Your Wave; Mind Game; Night Is Short, Walk On Girl) will take the stage on major digital platforms on December 20 and on Blu-Ray + DVD on January 24 from GKIDS, with distribution by Shout! Factory.

Certified Fresh by Rotten Tomatoes, Inu-Oh is a soaring glam-rock opera set in fourteenth-century Japan from visionary director Yuasa, that is an ode to the power of music and a forceful statement on artistic freedom. Featuring character creation from manga artist Taiyo Matsumoto (Tekkonkinkreet), who previously collaborated with Yuasa on the anime adaptation of Matsumoto’s series Ping Pong the Animation, Inu-Oh features original rock songs by the lead voice actors Avu-chan and Mirai Moriyama.

Fans picking up the home release will be treated to bonus features including audio commentary and interviews with the original cast, an interview with Yuasa and more. The physical release exclusively includes the all-new English language dub, and is now available for pre-order on GKIDS.com and ShoutFactory.com.

Synopsis: Born to an esteemed family, Inu-oh is afflicted with an ancient curse that has left him on the margins of society. When he meets the blind musician Tomona, a young biwa priest haunted by his past, Inu-oh discovers a captivating ability to dance. The pair quickly become inseparable friends as crowds flock to their electric, larger-than-life concerts. But when those in power threaten to break up the band, Inu-oh and Tomona must dance and sing to uncover the truth behind their creative gifts. 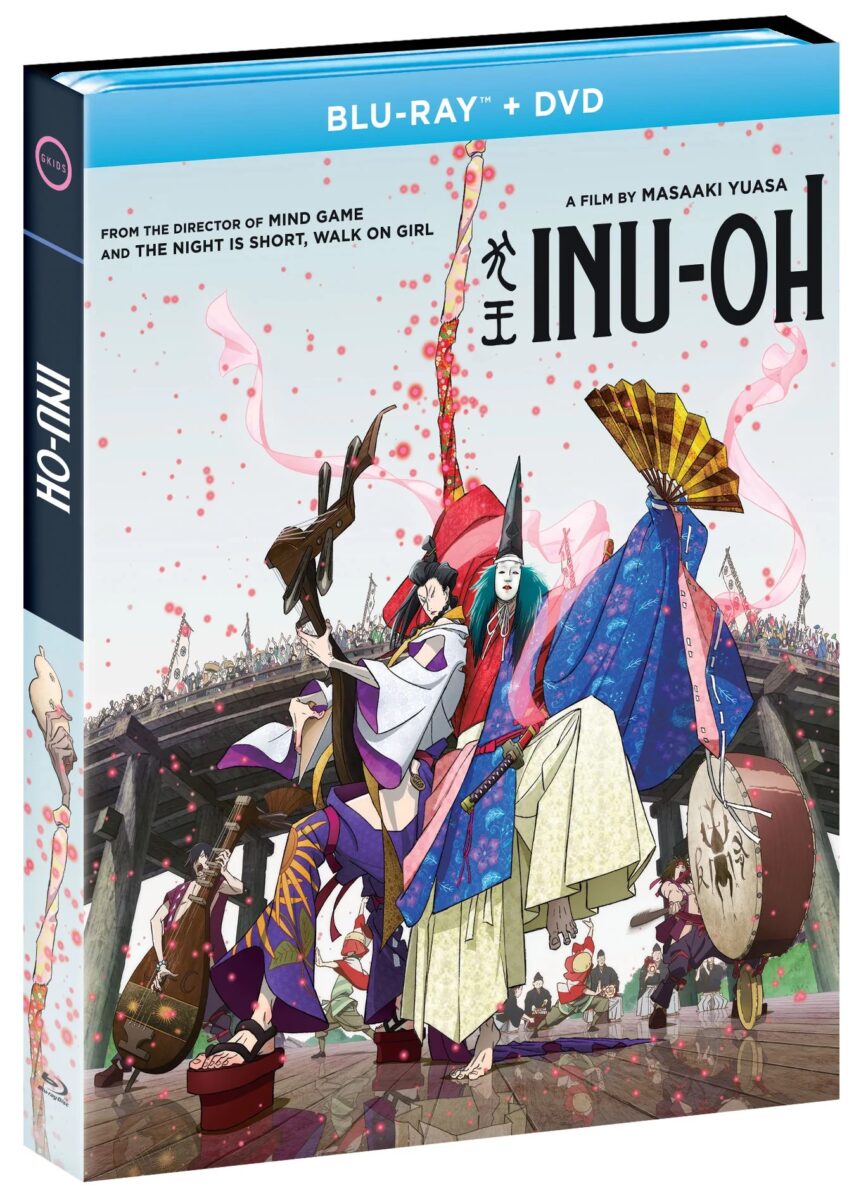