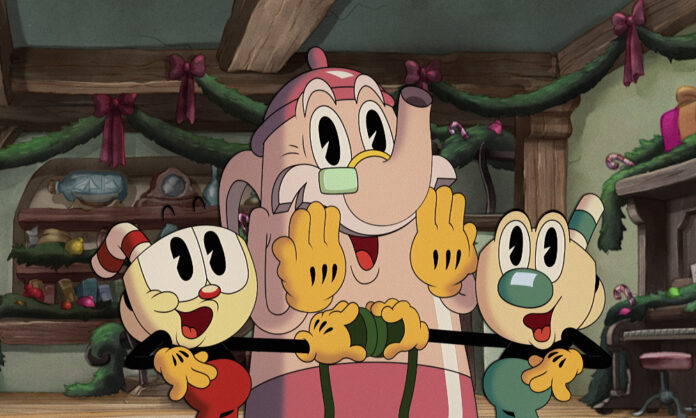 Enjoy the Musical Brew of ‘The Cuphead Show!’ OST on Digital Today

Based on the award-winning video game that smashed onto the scene with a gorgeous retro animation style, The Cuphead Show! is a character-driven comedy series following the unique misadventures of loveable, impulsive scamp Cuphead and his cautious but easily swayed brother Mugman. The series combines nostalgic delights, side-splitting gags, and a healthy dose of the heebie jeebies — especially when a ridiculously weird nemesis, The Devil himself, arrives on the scene to toy with our heroes.

“Writing songs for cartoons is very different from writing songs for a record or live performance,” notes Ego Plum. “The songs of The Cuphead Show! were composed strictly in the service of storytelling and propelling the narrative forward. Also, the songs generally did not need to be longer than a minute and sometimes would even end abruptly after a verse or two for comedic effect! (Like in the pilot when the Devil’s Song is cut short by his bumbling assistant).”

Fans will recognize “The Devil’s Song” on the OST from the character’s introduction in the show. And, for the first time, they will be able to listen to the whole song in its entirety!

“These truncated ditties all made sense within the context of the episodes, but part of me always wondered what it would be like if these were fully realized compositions!? Could these exist as proper 1930s pop songs? I had the foresight to suggest to Dave Wasson (showrunner) that he write additional lyrics and that we record them with the cast. Sure enough, we got Wayne Brady (King Dice) to record additional verses, as well as Luke Millington-Drake (The Devil), Tru Valentino (Cuphead), Frank Todaro (Mugman) and Grey DeLisle (Ms. Chalice),” the composer explains.

“This made it easier for me to pitch Netflix the idea of ‘The Songs of the Cuphead Show’ and the extended versions. Once they agreed, I went about arranging, rearranging, recording and remixing the music with new horn parts, solos and a few special guests, including the great Steve Bartek (Oingo Boingo Guitarist & Danny Elfman Orchestrator/Conductor).”

The Cuphead Show! (Songs from the Netflix Series) is available for digital purchase and streaming on major music platforms via the Netflix music hub here. Loyal Cuphead-heads should also keep an eye out for the song collection to appear on vinyl as well as a subsequent album of score material due for release in 2023.

Plum adds, “I’m excited for fans to finally hear the ‘Songs of the Cuphead Show!’ all properly recorded, mixed, and mastered! This is just the tip of the iceberg; we haven’t even gotten to all the crazy jazz and orchestral music from the series. With the help of IAM8BIT, I’m pretty sure we are going to be seeing a lot more music from The Cuphead Show! next year!” 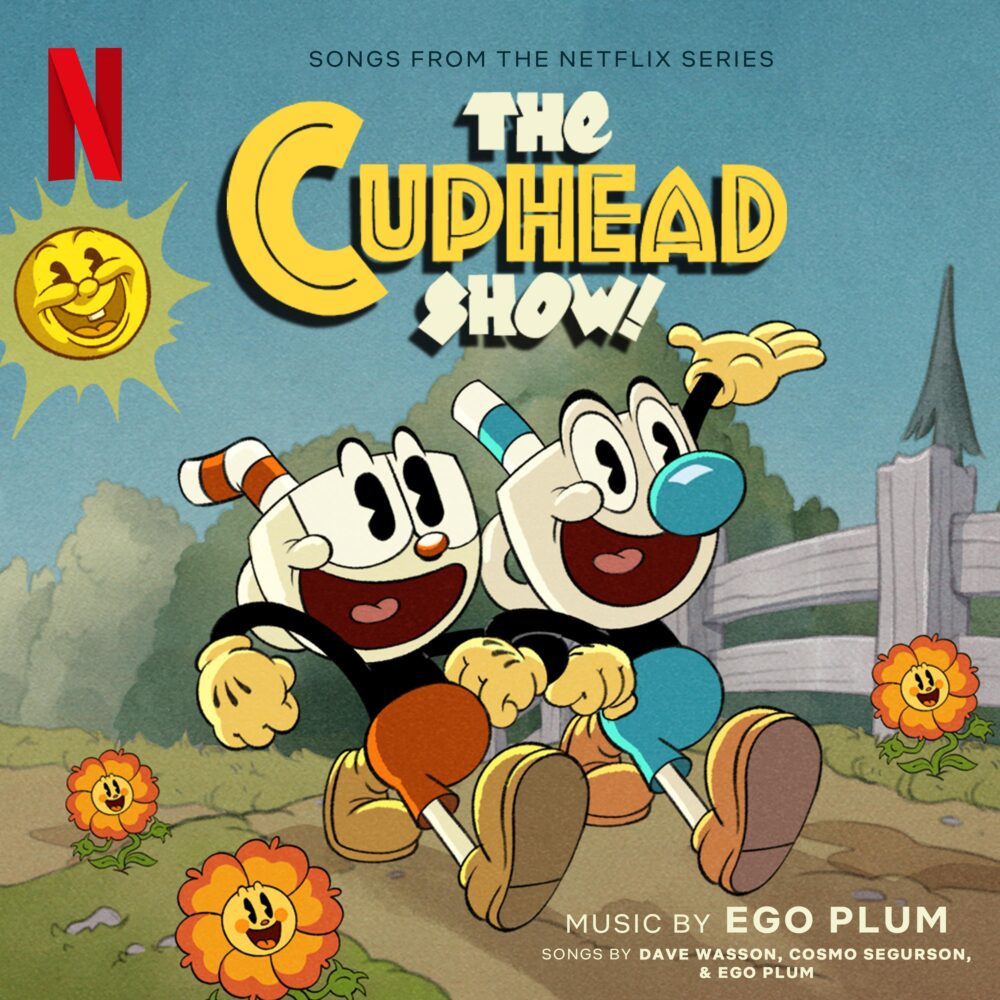 Known as “The Cartoon Composer,” Mexican-American Ego Plum is an award-winning composer, musician and music producer whose distinctive sound and unique self-taught sensibility have made him the musical king of quirky animation.  His tunes for toons can also be heard in Jellystone (HBO Max); Star vs. The Forces of Evil (Disney Channel); Kamp Koral (Paramount+); The Patrick Star Show, SpongeBob SquarePants, Harvey Beaks and Amy Winfrey’s Making Fiends (Nickelodeon).

Read more about Ego Plum’s inspirations and process for creating the music of The Cuphead Show! in Animation Magazine‘s interview here.