Emmy Award winner Craig Gerber, creator of Disney’s acclaimed series Sofia the First, Elena of Avalor and its newest hit Firebuds, has extended his overall development deal with Disney Branded Television. Gerber also wrote the television movie that launched Disney’s first little girl princess, Sofia the First: Once Upon a Princess, which debuted 10 years ago (Nov. 18, 2012) and remains TV’s #1 cable telecast of all time among Girls 2-5.

Under the extended agreement, Gerber is developing a Sofia the First spinoff series set in Royal Prep Academy, a school for princes and princesses in the fictional kingdom of Enchancia. This is his second series in development for Disney Branded Television through his production banner, Electric Emu.

Gerber also has a previously announced a new series in development at Disney with Kris Wimberly (Elena of Avalor, Firebuds) about a time-traveling treasure hunter who recovers lost family treasures. The series is created by Wimberly and will be executive-produced by both Wimberly and Gerber.

“Craig’s commitment to representing diverse characters and stories with messages of compassion, leadership and resilience is a throughline in his career,” said Alyssa Sapire, SVP of Development, Series and Strategy, Disney Junior. “His ability to tell entertaining, heartfelt and meaningful stories that resonate with both children and adults alike is unmatched, and I look forward to continuing our partnership for many, many years to come.”

Gerber commented, “I am excited to be continuing my creative partnership with both Alyssa and Disney Branded Television. Together, we have produced three meaningful, diverse shows, and I am looking forward to broadening the scope of our collaboration while also championing new voices. It’s particularly thrilling to return to the enchanted world of ‘Sofia the First,’ where it all began 10 years ago, and create a follow-up series that is just as magical.” 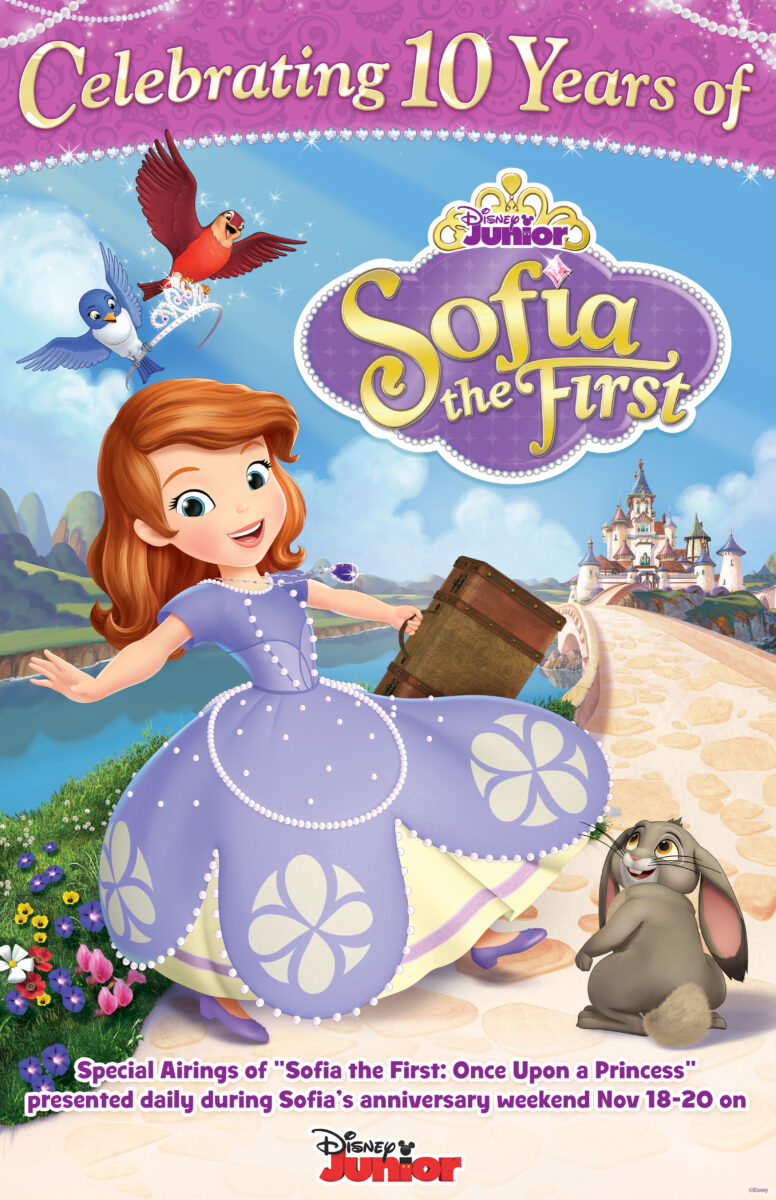 Sofia the First: Once Upon a Princess tells the story of a little girl who becomes a princess when her mom marries the king, and it ushered in four seasons of the Emmy Award-winning Sofia the First series, currently streaming on Disney+. It starred Ariel Winter (Modern Family) as Sofia; Sara Ramirez (Grey’s Anatomy) as Queen Miranda; Travis Willingham (Legend of Vox Machina) as King Roland; Wayne Brady (Whose Line Is It Anyway) as Clover, a wise-talking Rabbit; and Tim Gunn (Making The Cut) as Baileywick, the family’s Royal Steward.

Among Sofia the First‘s accolades are multiple Emmy Awards, including for the theme song, which Gerber shares with the series’ songwriter/music director, John Kavanaugh, and for Outstanding Music Direction and Composition for composer Kevin Kliesch. Sofia the First staff writers Laurie Israel and Rachel Ruderman were also awarded a Humanitas Prize for the episode “Dads and Daughters Day,” which highlighted Sofia’s blended family and her relationship with her step-father and step-sister.

The series created multiple extensions across the Disney businesses, including Disney Parks & Resorts, where the Sofia character still makes special appearances. “Sofia the First” dolls, costumes and apparel are available in the Disney Junior Amazon store, as well as children’s books inspired by the series from Disney Publishing Group available at DisneyBooks.com, including the New York Times best-seller Sofia the First.

‘The Super Mario Bros. Movie’ Is Ready to Hit the...