This Sunday (Nov. 27), everyone’s favorite studio mascot, Mickey Mouse, and his friends are sent to the North Pole to save the holidays in the new stop-motion animated special, Mickey Saves Christmas. The show’s director David H. Brooks was kind enough to answer a few of our questions about this fun new seasonal offering:

Animag: Congrats on your latest project! Can you tell us how you got involved with this festive holiday special?

David H. Brooks: Thanks! I feel so incredibly lucky to have played a role in bringing Mickey Mouse to life in stop-motion, especially in such a big way. I previously held the role of creative director and executive producer of Stoopid Buddy Stoodios’ commercial division Buddy Spots, and in 2019 we produced a Clio award winning stop-motion animated interstitial for their content marketing division titled Mickey Mouse and the Magical Snowy Holiday directed by my good buddy and super talent Harry Chaskin. That short was such a success that I think it got the gears turning over at Disney to create something longer form. Jill Hotchkiss, VP of content marketing at Disney, has been a longtime advocate of mine and made sure the creative team involve me in some way, something I’m forever grateful for. I had just come off of directing Ultra City Smiths for AMC and thankfully the stars aligned for me to jump on board!

Talk about a change of pace from Ultra City Smiths. What did you love best about this assignment?

Yeah Mickey Saves Christmas was quite the change of pace from Ultra City Smiths, in so many ways. Coming off of directing a series, block shooting across multiple episodes, working with around 20 animators and 3 dozen stages, I relished the opportunity to focus all of that energy onto one 22 minute special. Ultra City Smiths is quite an adult show, but it’s also a musical with complex choreography. So shifting to Mickey Mouse wasn’t exactly a complete 180. I’ve directed musical numbers before but Ultra City really gave me some perspective to focus on the character within each musical number. So bringing that energy to Mickey was a joy. Mickey Mouse has a very established style of animation and working with my animation director Ethan Marak we had the space to really service that history and create something truly Mickey Mouse.

How long did it take to complete and where was the animation produced?

We produced the special at Stoopid Buddy Stoodios here in Burbank, California. Stoopid Buddy has been creating quality stop-motion at a high level for over a decade  and provided a fantastic space for us to succeed on every level. The full production timeline was around 9 months with a solid two and a half months of shooting. Lightspeed in animation standards.

What were your biggest challenge on this special?

Every production poses unique challenges and Mickey Saves Christmas was no exception. We strived to be very on model with our characters, something that seemed quite important considering this is the first time Mickey, Minnie and the gang were going to be rendered in stop-motion animation in long form. The challenge was to meet the established style across many different animators, stages, and scenes. Luckily our entire crew loves Mickey Mouse and has been watching Disney animation for most of their lives.

Can you describe the visual inspirations for the show?

There were so many styles we took as inspiration, but we looked very closely at the past 2D Mickey Mouse Christmas films in our design process. Our production designer Chris Zollna took those visuals and worked to update the style to create a contemporary feel. Of course we looked at The Nightmare Before Christmas for the North Pole sequences.

Who are some of your big animation influences?

There are really too many to name here, but growing up I was heavily influenced by the animation of Don Bluth and Wolfgang Reitherman. In the stop-motion space Tim Burton and Wes Anderson have been idols in their treatment of animation in so much of what they do, both their animated films as well as their live action work. But more recently, I’ve been influenced and inspired by many of my peers; Cat Solen, Musa Brooker, Kirsten Lepore are all making waves in animation and pushing the medium of animation in ways that bring me so much joy.

What was the best part about working with Micky, Donald and the rest of Disney’s iconic characters?

Working with Mickey and the gang has been a true career highlight. I’d say the best part about working with these characters was seeing these icons that have been with me and with so many of us for our entire lives come to life in the medium that I love – stop-motion ;). 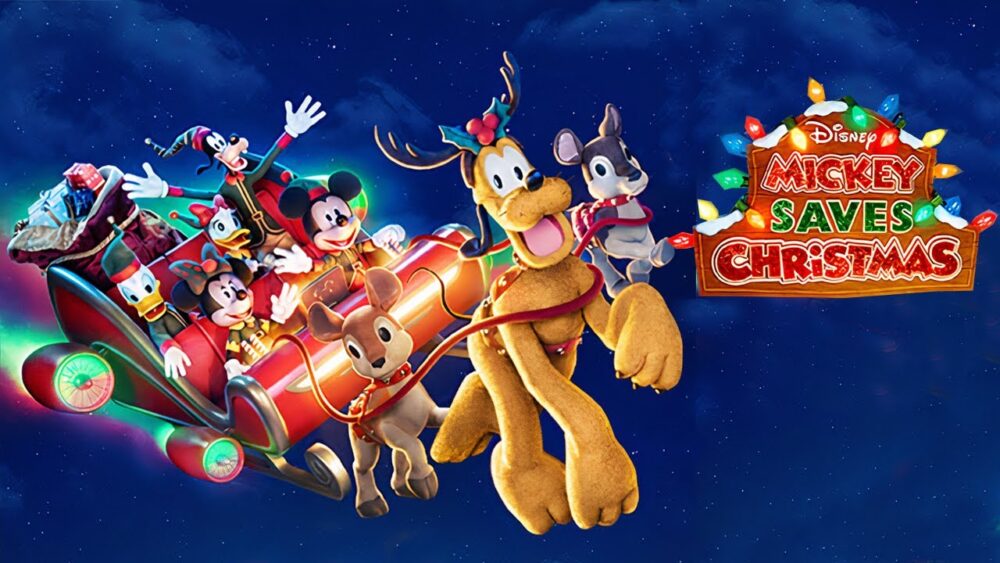 And the biggest lesson you learned from this experience?

A lesson that I seem to learn over and over again on just about everything I work on is to remember to enjoy the process. Sure there’s an end product that I’m excited to share with the world, but working every day on set with an incredibly talented crew, animating iconic characters voiced by a stellar cast, with the guidance of fantastic partners at Disney is a honor and a joy and being present to that experience is something to strive for.