Blue Thermal is based on the original graphic novel by Kana Ozawa, originally serialized in Shinchosha’s seinen manga magazine Monthly Comic @ Bunch from April 2015 to November 2017, and later published into five volumes. A prequel of the graphic novel was then released by Ozawa, titled Blue Thermal: First Flight, which after being serialized online via Line Corporation’s Line Manga website from November 2021 and January 2022 was published in a single volume.

The film adaptation tells the story of a brand-new college student who accidentally becomes involved in the school’s aviation club and discovers among the clouds a thrill she’s never experienced before. This inspirational slice-of-life story features a soaring Japanese-language voice cast, led by rising drama star Mayu Hotta (Kaguya-sama: Love Is War 2019, Rurouni Kenshin: The Beginning) in her first VO role.

Blue Thermal will have its North American Premiere at Anime Frontier in December. Eleven Arts will announce more information on the premiere and further details about the film at a later date.

“I want to experience a love that sparkles!”

Arriving from Nagasaki with her wishful mantra is Tamaki Tsuru, who in high school could think only about volleyball. Things don’t begin well, however, when she looks for an extracurricular club to join and proceeds to immediately ding a glider at aviation club tryouts ending up having to work it off. She is initially disillusioned with campus life. Then Kuramochi, the club leader and glider pilot, takes Tamaki under his wing, and from the moment he takes her up for a flight in a glider, Tamaki becomes a captive of the vast beauty of the skies. 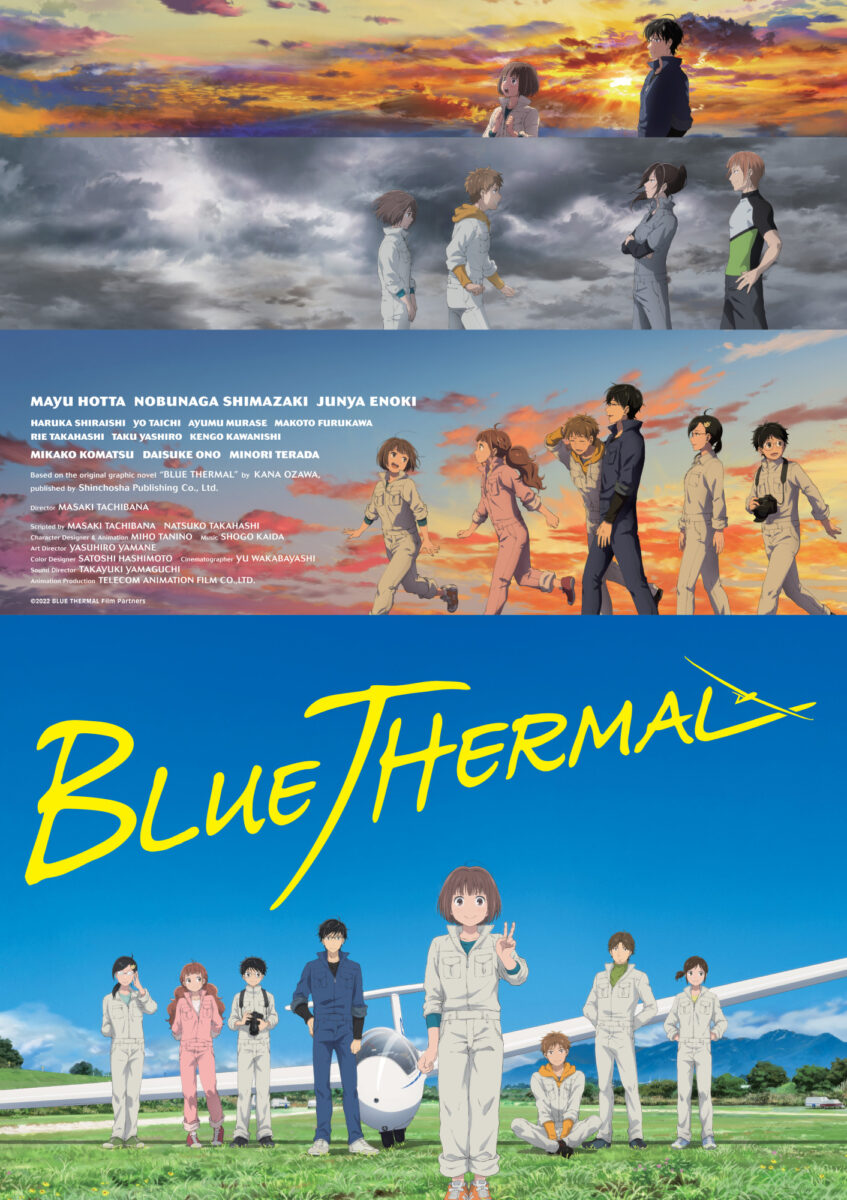