Throughout the years, animation professionals have been inspired by the work and legacy of Peanuts creator Charles M. Schulz, who would have turned 100 today. To celebrate this landmark date, more than 75 syndicated cartoonists paid tribute to the influential genius by including homages, Easter eggs and loving references to Peanuts in Saturdays’ funny papers.

“It’s a tribute to probably the world’s greatest cartoonist,” said cartoonist Patrick McDonnell, who creates the daily strip Mutts for 700 newspapers. “After Peanuts, the cartoon world changed. I think most working cartoonists today would say he was the inspiration for them to become cartoonists.”

McDonnell, who is a member of the board of directors of the Charles M. Schulz Museum and Research Center, came up with idea to pay homage to the late comics master and JumpStart cartoonist Robb Armstrong contacted the cartoon syndicates with their birthday plan.

“I’m pretty confident that when you open the newspaper that morning, the whole comic page is going to be a tribute to Sparky [Schulz’s nickname],” said McDonnell. “I’m personally looking forward to the surprise that Saturday to see what people did.”

Peanuts made its debut in newspapers on Oct. 2, 1950. The daily trials and tribulations of Charlie Brown, his beloved beagle Snoopy and their friends Linus, Lucy, Peppermint Patty, Franklin, Schroeder and others have entertained readers in more than 2,600 newspapers around the world. Produced by Lee Mendelson and directed by Bill Melendez, the animated specials A Charlie Brown Christmas (1965) and  It’s the Great Pumpkin, Charlie Brown (1966) are two of the most acclaimed and popular animated holiday specials of all time.

Although Schulz died in 2000, his legacy lives on in new animated specials, series and feature projects. In 2015, director Steve Martino’s acclaimed CG-animated feature The Peanuts Movie, produced by the team at Blue Sky Animation, became the first feature film based on the characters in 35 years. The characters are also featured in Apple TV+ show such as Snoopy in Space, The Snoopy Show and other holiday-related animated specials.

“Peanuts was everything,” said McDonnell. “I read Peanuts books every night, and I wanted to be a cartoonist because of that since I was four. To actually have my own little cartoon character in Peanuts — it still boggles,” said McDonnell. “Every morning I look at it and I still can’t believe it happened.” 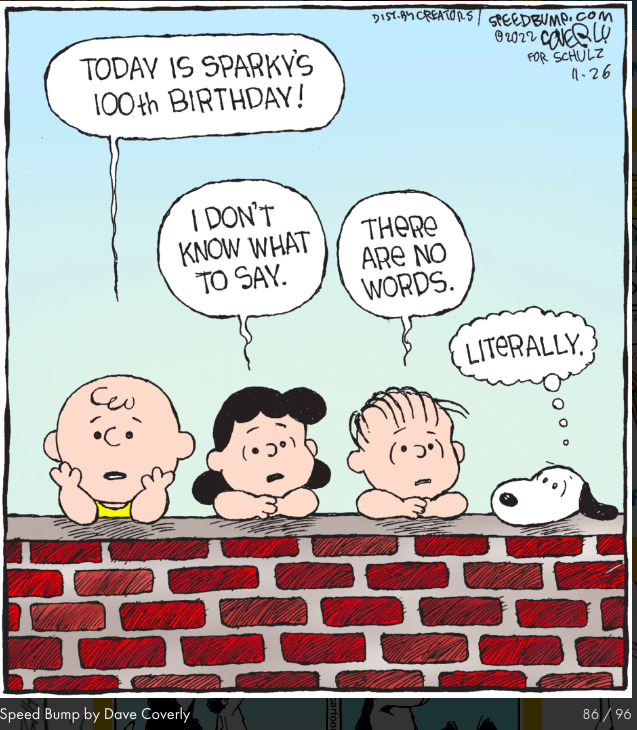 You can see a complete collection of all the 100th birthday tributes to Peanuts at https://schulzmuseum.org/tribute