Many years ago, we came upon the true story of a sailor who, in the Halifax Explosion of 1917 (the largest man-made, non-nuclear explosion in history) was hurled a distance of two kilometers — and lived. We were astonished and wondered: What was the trip like? Our answer is The Flying Sailor. 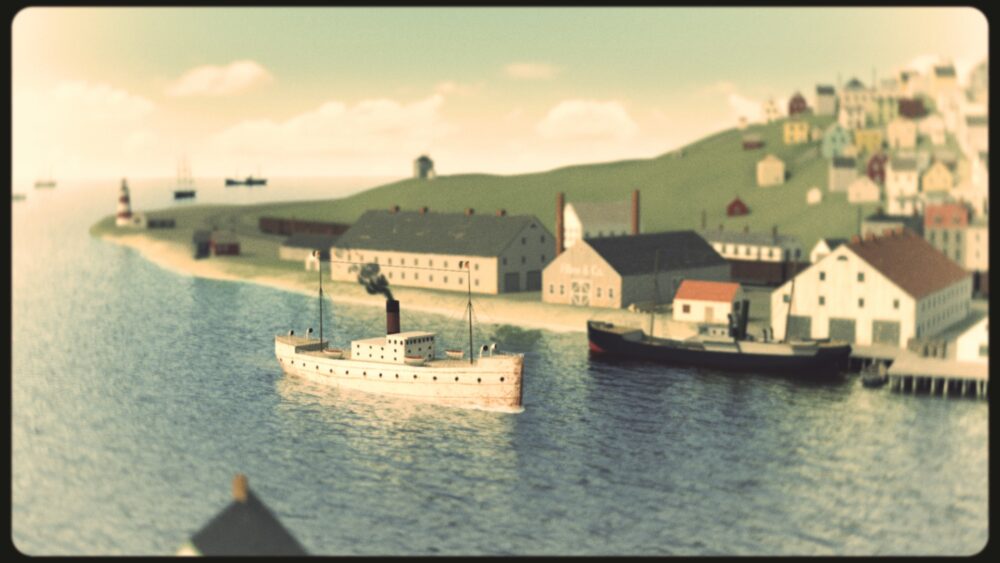 Loaded to the hilt with TNT, this is the SS Mont Blanc, steaming into the narrows of Halifax Harbor, about to collide with another ship. Aesthetically, we were inspired by hand-tinted postcards and model railway towns. If it weren’t for the fact that we’d have to blow it up, we would have been tempted to build a miniature Halifax for ourselves. Instead, we turned to 3D animation — a new frontier for us. 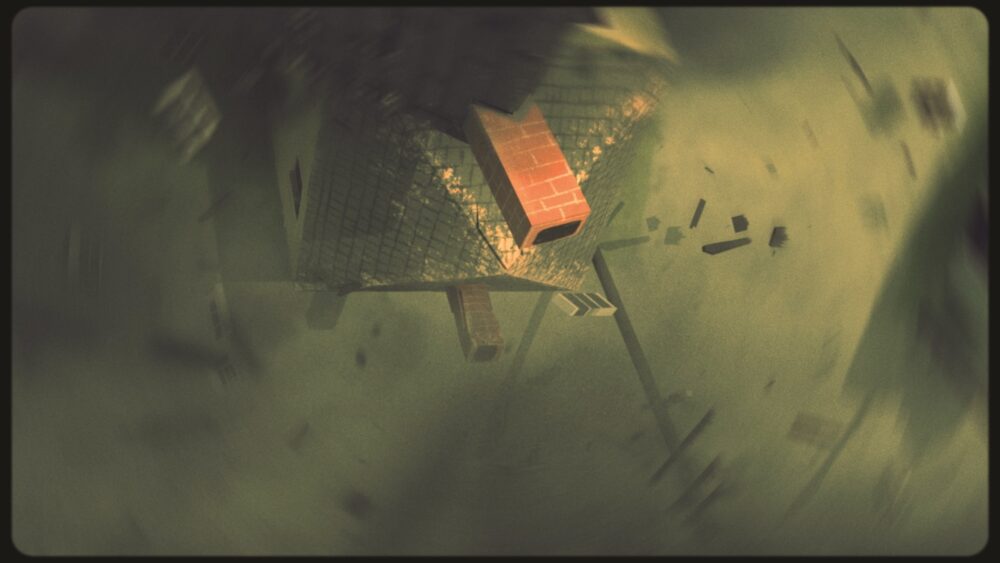 Kaboom! As the Sailor is propelled upward, tumbling ass-over-teakettle, he catches glimpses of the city below being blown to smithereens. One of the thrills of 3D is the endless potential for creative camera work. By somersaulting the virtual camera above the exploding city, we were able to capture something of the Sailor’s dizzying disorientation. 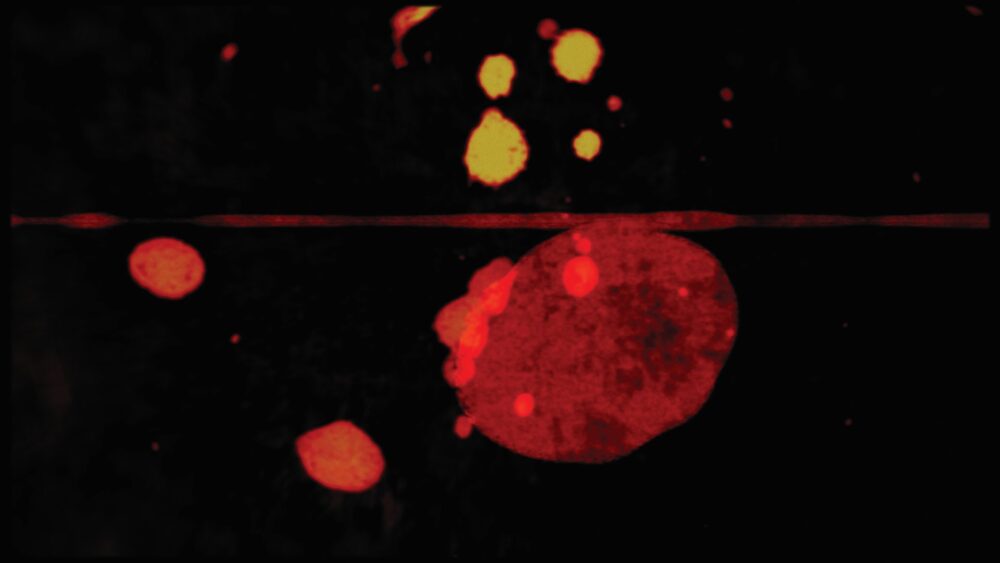 With blood-red, semi-abstract imagery and violent, percussive sound, our aim was to convey the Sailor’s subjective, visceral experience of being pummeled by the blast. Real paint and plenty of After Effects shenanigans were employed to create these moments. 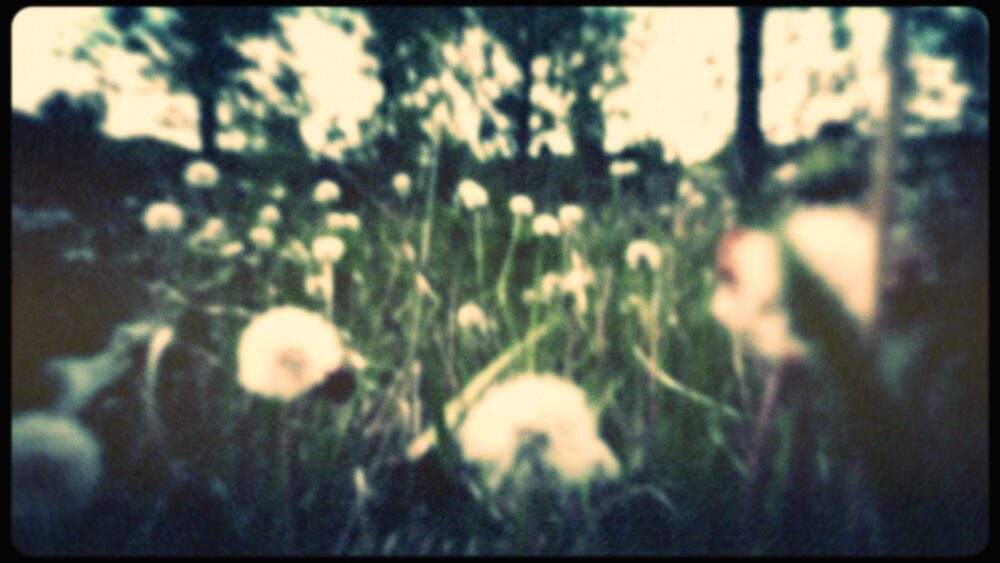 As his journey continues, the Sailor is visited by fragments of memory; fleeting yet resonant moments that would never make it into his obituary. In early animatics, we used live-action footage and photos as placeholders for our ideas. We later found they related well to the CG world we were creating, so we kept them. This scene is the Sailor’s view as a toddler, moving unsteadily through a field of dandelions. We shot it years ago as reference for our film Wild Life. Reduce, reuse, recycle! 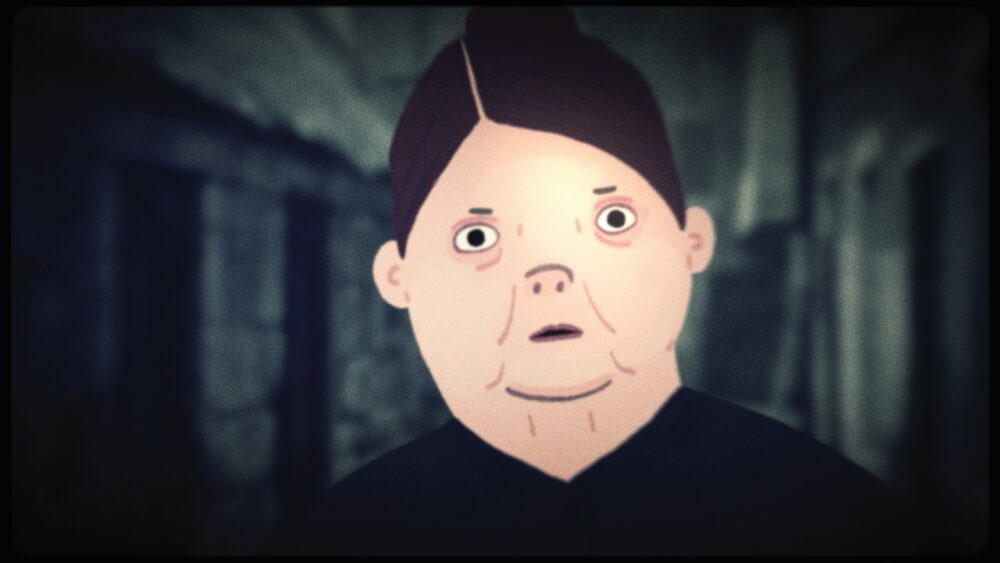 This is the Sailor’s wife, but if the viewer thinks she’s his mother, that’s fine, too. She’s giving him that “What … again?” expression because … yet again, he has disappointed her. In accounts of near-death experiences, people often report seeing their late loved ones so, sadly, we decided she is deceased. 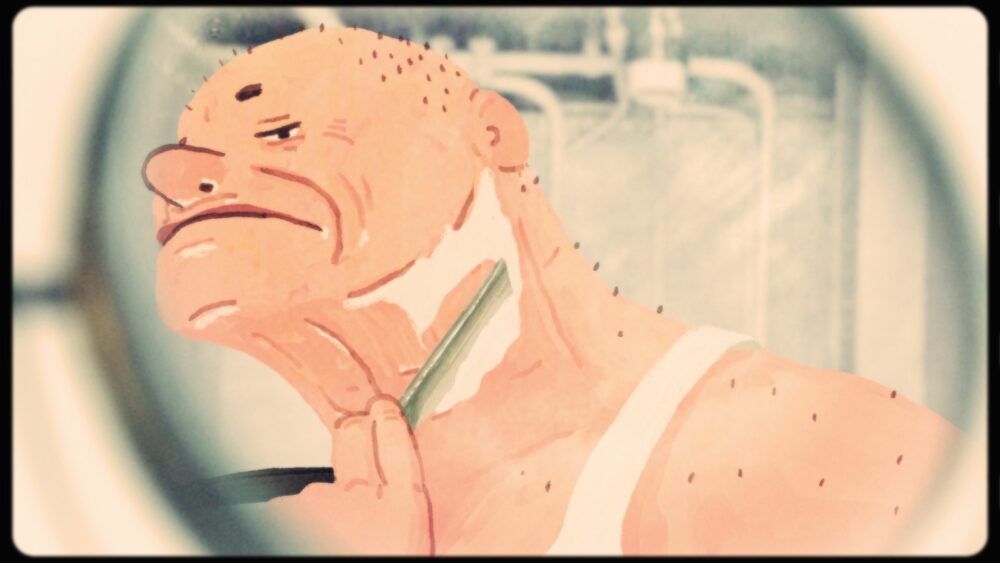 We know little about the real sailor other than that his name was Charles Mayers, he was British and he would have been about 21 years old. We thought it would be more interesting if he were closer to middle age. We also made him barrel-chested, dissolute and a little scrappy. Here, he’s recalling the mundane task of shaving that morning — not long before his life was to be forever changed by catastrophe. Amanda animated this shot and Wendy created the background and composited it. Somehow, neither of us noticed (until choosing images for this magazine) that he’s missing his cigarette! We may never forgive ourselves.

Wendy Tilby and Amanda Forbis are acclaimed Canadian filmmakers who are best known for their Oscar-nominated shorts When the Day Breaks (1999) and Wild Life (2011) and their United Airlines Meetings commercial. See more of their work at tilbyforbis.com.