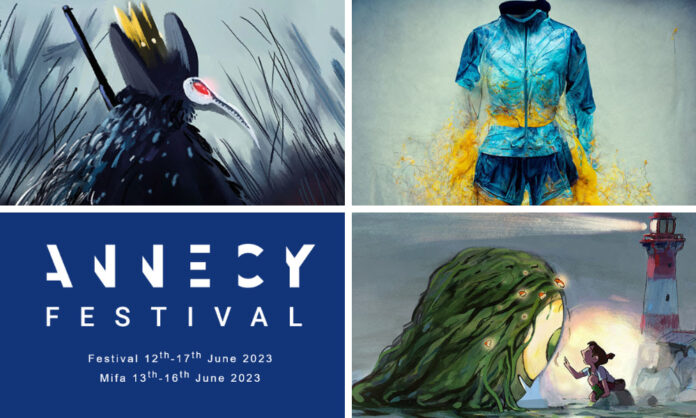 The new batch of animation talents selected for the 2023 Annecy Festival Residency — running April 3 to June 30 next year — have been announced. The program hosts artists working on the graphic development of their animated feature film projects.

The call for projects for the third edition was a great success: 33 projects were submitted (14 of which were led by women, 15 by men and four by man/woman duos) from across the world — France, Croatia, Italy, Spain, United Kingdom, China, Malaysia, Vietnam, Colombia, Peru, Brazil, Argentina, Canada and even New Zealand.

“The selection committee appreciated the projects’ seriousness, commitment and rich narratives and noticed that the world’s current affairs, exposed more than ever to shocks and brutality, inspire authors — and particularly artists — to remain committed and unified in the face of adversity,” the selection committee noted in a joint statement. “To move, challenge, shock, pull together and enlighten, animation has this ability and strength to use aesthetics to soften the rhetoric. This is the wager with which the committee declares its selection ‘explosive’! ­

“The animation world is allied to cultural mixes … We believe this skillful mix of cultures, genres, nationalities and generations will bear its fruit… So, see you in Annecy at the Mifa in June 2023 to discover these three projects ‘for real’!” ­ ­ ­

The three projects’ authors will be staying in Annecy for the duration of the Residency, assisted by the CITIA teams in the stimulating environment of the Papeteries – Image Factory. More information available here. 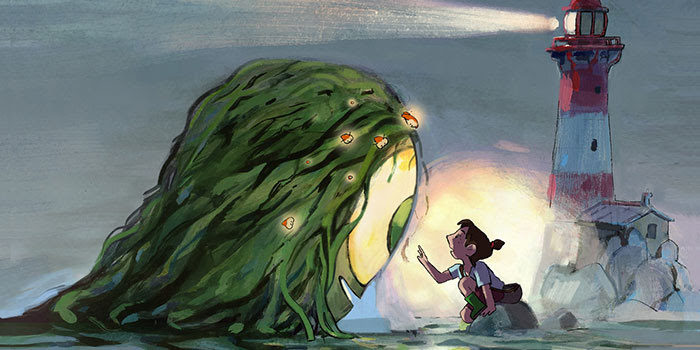 The Last of the Pebbles (Le Dernier des Cailloux)
By Caroline Cherrier ­
Firmin Cailloux discovers a huge sea creature, who is lost and trying to communicate with the lighthouse’s foghorn. Firmin clings to this lonely monster, the last of its kind, and all alone he tries to protect her from the village men.

Caroline Cherrier is an artist who loves traditional animation: drawing, painting and gouache, a collection of techniques she expertly employs in her films to portray her sensitivity. Her dexterity in these mediums and textures bring depth and poetry to her graphic universe. A graduate from Gobelins, l’école de l’image, she directed the Annecy 2021-selected short film Horacio (Ikki Films) and honed her skills working on the anthology En sortant de l’école in 2016.

Shadow Work
By Areito Echevarria & Raqi Syed ­
Shadow Work is a psychological horror, a family saga rooted in the unnerving suburban landscape of Wellington, New Zealand. In a departure from this year’s other more traditionally crafted Residency selections, this project is all about real-time animation, motion capture and artificial intelligence.

­Areito Echevarria is an Academy Award-winning artist and researcher with over 21 years of visual effects experience. His passion is for storytelling by way of a computational design approach.

Raqi Syed began her animation career as a lighting artist for Disney Feature Animation, and then went on to work as a senior technical director with Weta Digital on films like Avatar, The Planet of the Apes and The Hobbit.

The Bird Kingdom (O Reino dos Pássaros)
By Wesley Rodrigues ­
In a fantasy version of the Brazilian Sertão, an arid wasteland where men can shapeshift into birds of prey, Sete-Penas is taken in as a child by Carcará, an outlaw who aspires to be a local legend.

Wesley Rodrigues is an illustrator, comic-book artist, and one of the most acclaimed animators in Brazil. The Bird Kingdom draws us into the remote and contrasting Brazilian outback, using an updated Western style enhanced by the director’s use of warm colors and unique aesthetics. The 2D-animated film will strive to keep an artisanal artistic style, particularly in the hand-painted sets.