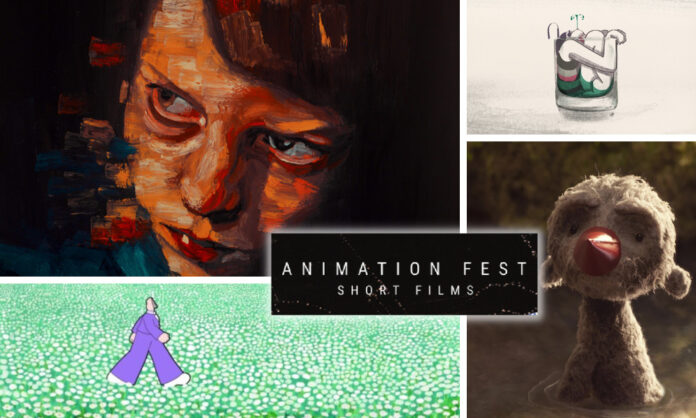 Theatre Raymond Kabbaz, a Los Angeles venue focusing on bringing French and international cinema to local audiences, will be presenting a showcase of 13 French animated short films at Animation Fest next week. Through the program, TRK aims to “showcase French animation’s unlimited expressive potential that not even the magic of special effects can provide, as audiences are taken on a journey into real and imagined worlds far from the here and now.”

The selection includes many favorites of French film festivals like Annecy and Clermont Ferrand. The lineup also features shorts directed by emerging filmmakers from renowned French animation schools, such as Gobelins, which explore the younger generation’s observations about modern society and contemporary issues.

Animation Fest will take place November 17 at 8 p.m., and runs about 100 minutes. Doors open at 7 p.m., and guests can enjoy baguette sandwiches or a drink from the cash bar before the show. There will also be an intermission with complimentary charcuterie. Films with dialog will be presented in French with English subtitles. Visit theatreraymondkabbaz.com for tickets ($15).

Goodbye Jérôme!
Directed by: Chloé Farr, Gabrielle Selnet, Adam Sillard
Produced by: Gobelins, l’école de l’image
Synopsis: Having just arrived in paradise, Jerome sets out to find his wife Maryline. In the course of his search, he sinks into a surreal and colorful world in which no one seems to be able to help him.

Bolognese
Directed by: Achille Thiébaux
Produced by: EMCA – Ecole des Métiers du Cinéma d’Animation
Synopsis: In a dystopian world where we no longer eat to live but where we only live to eat, meat has become the one and only food available. We follow the daily life of one of the citizens of this world who works as a cashier in a supermarket. Like everyone else, he eats meat but ends up biting his fingers. He then goes to the nearest hospital.

Memory of Water
Directed by: Sarah Berra, Patricia Dupuy, Diego Maggiore, Akshat Sinha, Baptiste Tassin
Produced by: Ecole Mopa
Synopsis: A space explorer crashes on a deserted and arid planet. As she tries to survive, she discovers the true nature of her ancestors.

Home of the Heart
Directed by: Sarah Saidan
Produced by: Caïmans Productions
Synopsis: Omid is an Iranian immigrant who came to France with his family. One evening, in the street, he is attacked and stabbed in the heart. But Omid gets back up! At the hospital, the diagnosis is formal: He has no heart. Has he left it behind in Iran?

Bear Hug
Directed by: Margrethe Danielsen
Produced by: Mikrofilm AS, JPL Films
Synopsis: An eager little bear is waiting for his birthday guests to arrive. Slowly he realizes that he has been rejected. But the determination to celebrate his birthday is still strong, and, free as a bird, his hunt for company begins.

It Wasn’t Bourgogne
Directed by: Mathias de Panafieu
Produced by: XBO Films
Synopsis: Between two telephone calls, my grandfather recounts some of his memories from the war when he was 20 years old.

The Immoral
Directed by: Ekin Koca
Produced by: La Poudrière, École du Film d’Animation
Synopsis: A diner collapses in a restaurant. All the other diners — except for one — are in a state of shock.

The Passerby
Directed by: Hannah Letaïf
Produced by: Take Five, Balade Sauvage
Synopsis: The Passerby is locked up and will free herself. And by following someone very different to herself, she will set out to discover something improbable that will shape her.

Inglorious Liaisons
Directed by: Chloé Alliez, Violette Delvoye
Produced by: Zorobabel, Vivement Lundi !
Synopsis: Tonight, Lucie, Maya and their friends are having a big party. Even Jimmy has come: he’s there for Maya, everyone knows it. But at the moment when everything is supposed to happen, hidden feelings, tender and confused, surface for Maya and Lucie. It’s difficult making sense of them in this evening driven by alcohol that flows freely, a tear-jerking playlist and raging hormones.

Non Assistance to Person in Danger
Directed by: Marc Faye
Produced by: Bandini Films, Girelle Production, Novanima
Synopsis: Who cannot subscribe to the idea of providing assistance in an emergency situation? However, the promulgation of the law on non-assistance to person in danger took place for a surprising reason under the Vichy regime during the Second World War.

Naughty
Directed by: Emma Degoutte, Flora Molinié
Produced by: Easy Tiger
Synopsis: Lulu, at the age of 10, wants to be the one to slaughter the family pig. But the same day, Vincent, his mother’s new man, moves into the farm, welcomed by Lulu’s entourage. The slaughter is entrusted to this newcomer. Then, as the animal is cut up, a muted struggle breaks out between the two men. Lulu doesn’t want to give in.

Night Train
Directed by: Sofia Gutman
Produced by: Sur la Table
Synopsis: A woman is waiting for the last night train. Lonely, she looks out into the deserted landscape. An encounter on the train will make this night unforgettable.

Birdbrain
Directed by: Gaspar Chabaud
Produced by: Ateliers de production de la Cambre / ASBL
Synopsis: A child struggling with a maths problem and his attention problems, helped by a mother slowly but surely losing her patience.