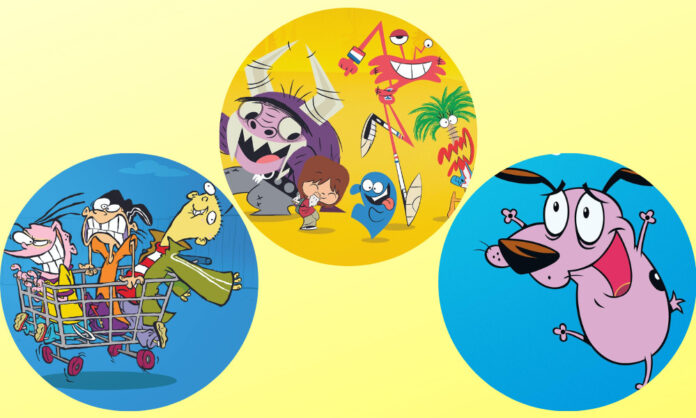 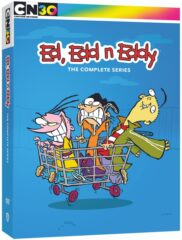 Ed, Edd n Eddy: The Complete Series
Ed, Edd n Eddy tells the story of three best friends, who band together to tackle life’s most daunting challenge — puberty. Though they have the same first name and live on the same cul-de-sac in the suburbs, the three youths have very different personalities, which contribute to the confusion, contradiction and just plain awkwardness that defines growing up.
66 episodes (approx. 1,450 min.), 10 DVDs | SRP $64.99 U.S. / $74.99 Canada 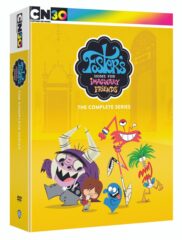 Foster’s Home for Imaginary Friends: The Complete Series
What happens when a child outgrows his trusty Imaginary Friend, the pal that stuck with him through all of the highs and lows of growing up? Well, these creations pack up and head for Foster’s Home for Imaginary Friends! Foster’s is a one-of-a-kind Victorian mansion filled with hundreds of unique characters from all over the world, thought up by completely different children for completely different reasons. These creatures all live together in this vast, sprawling home with more rooms than you could ever dream possible! Mac, a clever but somewhat shy eight-year-old boy, discovers Foster’s when his mom tells him he’s too old for his Imaginary Friend Blooregard. Not ready to part with his trouble making best buddy, Mac takes Bloo to Foster’s with the hope of giving him a safe place to live, while still being able to visit every day.
79 eps. (~1,738 min.), 11 DVDs | $69.99 U.S. / Can. 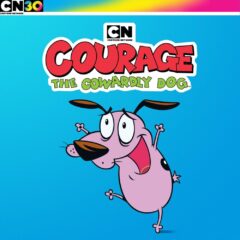 Courage the Cowardly Dog: The Complete Series
Join all the awkwardly fun and creepy moments as we celebrate our favorite cowardly dog. Take a trip to Nowhere, Kansas, which is home to Courage the Cowardly Dog himself, along with his loving and wrinkly owners, Muriel and Eustace. In this hilariously epic complete series, we find Courage facing adventures like battling deadly weremoles, running into villainous freaks, dodging an angry Storm Goddess and more. Get ready to muster up all the bravery you can and experience all 52 laugh-out-loud episodes.
52 eps. (~1,250 min.), Digital to Own | $49.99 U.S. / Can.