The movie will be available to stream November 18, exclusively on Paramount+ in the U.S., Canada, U.K., Latin America, Australia, and rolling out later in the year in Italy, along with additional international territories in 2023.

Blue’s Big City Adventure follows Josh (Josh Dela Cruz), who gets the opportunity of a lifetime to audition for Rainbow Puppy’s (Brianna Bryan) Broadway musical, and Blue (Traci Paige Johnson) as they skidoo to New York City where they meet new friends and discover the magic of music, dance and following one’s dreams. The entire Blue’s Clues crew is reunited for this special movie event, with the beloved animated friends and all three hosts — Josh, Steve (Steve Burns) and Joe (Donovan Patton) — together for the first time in the Big Apple.

The lead single from Blue’s Big City Adventure, “On Our Way,” will be available from Republic Records: Kids & Family on Friday, October 7, and the full-length album featuring original songs from the movie is set for release on November 18. You can pre-save the tune here. 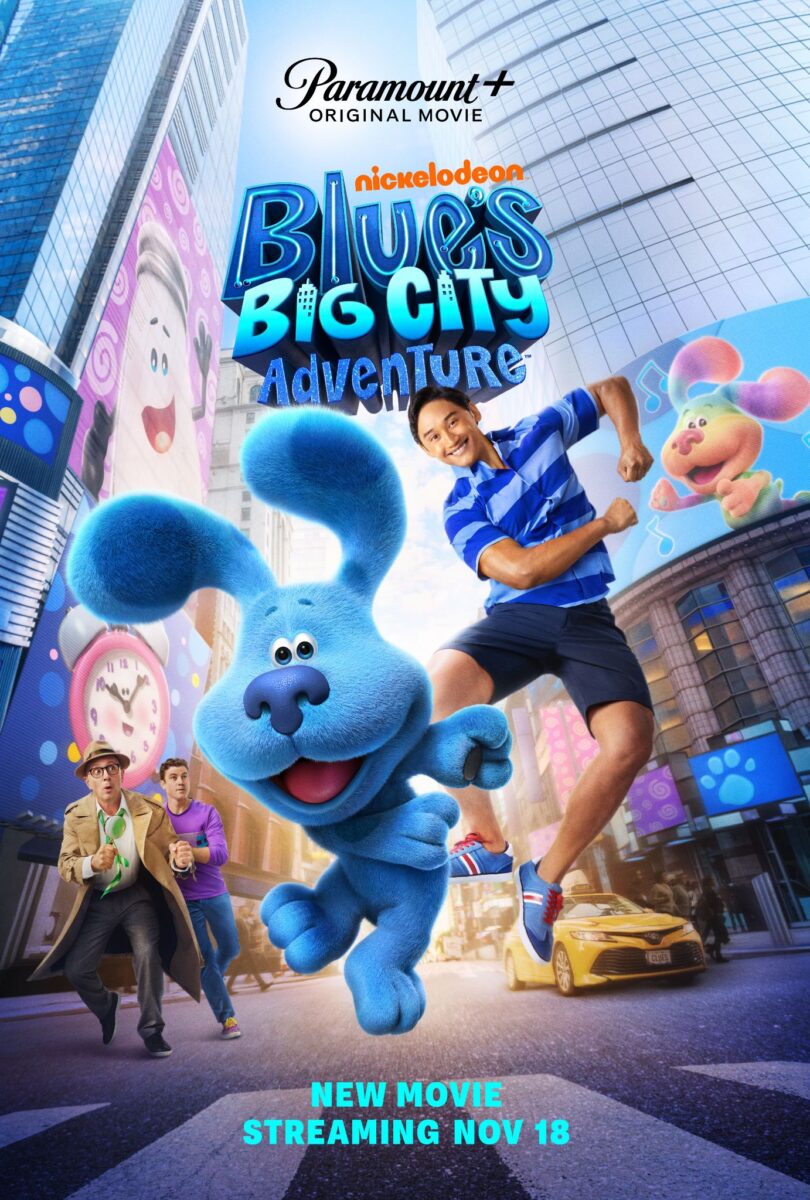