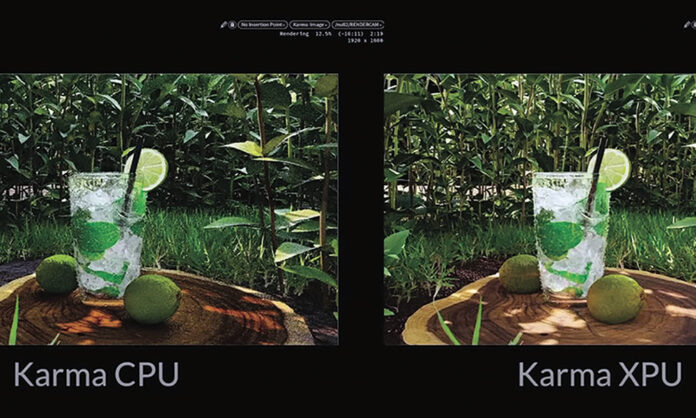 SideFX’s Houdini 19.5
I’m pretty convinced that the amount of stuff that SideFX puts into a mid-point release of Houdini is actually greater than any other company puts into their full releases. By their definition, SideFX basically calls this a small release where they aren’t focusing on anything huge — just, you know — a few time-saving features to help artists be more efficient. To that I say, “Pfft!” The launch event took an hour and a half to talk about things. I don’t think I can even cover everything, and this is a longer-than-normal review!

First up: Solaris, the lookdev/layout/lighting environment for Houdini gets a number of new features. A new set of brushes in the Layout LOP (Lighting Operator), gives you the power to distribute USD objects throughout your scene by painting on surfaces. This is nothing new in the 3D world, but the methodology is definitely streamlined. You can organize libraries of objects you can then use to “fill” your brush. And then you “paint” those objects. The new Stack Brush takes it to a new level by allowing you to put objects on top of objects — stacking. Bricks, rocks, boards, whatever, will sit in a physically accurate way on top of each other. The Line Brush will take the objects filling your brush and distribute them along a designated line. This is great for architecture where you have repeating patterns of designs. As always, the distribution is procedural, so the number and spacing are adjustable. Furthermore, the viewport within Solaris mode now has a render region function. Layout can get really heavy really quickly, and while the viewport renderer is fast, it certainly doesn’t hurt to be able to marquee around an area that you want some more accurate feedback. 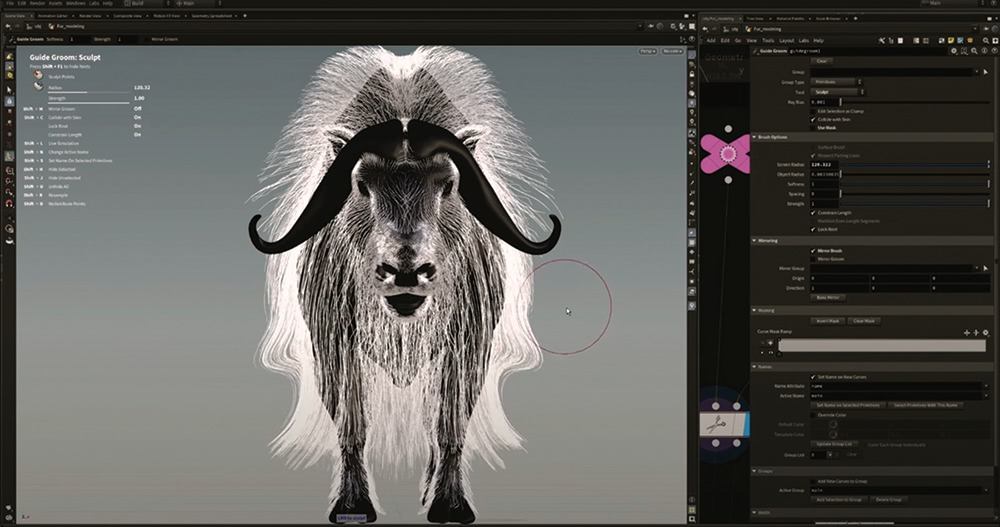 One of the key aspects of Solaris are the Lights features. And what’s new? Filters! Specifically, through a MaterialX node.The filters act as “gels,” which may not sound that exciting. But when you have a large array of lights, you can add the filter to all of them, resulting in a broad, simple controller over color and exposure. But you aren’t just limited to color — there are also gobo and projector features in case you would like to make some complex shadows without building a bunch of geometry to cast the shadows. Or maybe you have a projector casting something on a wall. The power lies in the network of the filters, where you can build a look by processing the projected image within Houdini, rather than going outside to Photoshop to make a new texture.

The Karma renderer is replacing the tried-and-true Mantra renderer. And Houdini 19.5 also has beta access to Karma XPU — which is the GPU accelerated flavor of Karma. Karma is looking to support MaterialX more fully, but with a few extra functions to fill the gaps as MaterialX matures. These features include support for curvature, facing ratios, render time rounded edges, and “coving” for shoring up edged on displaced surfaces to prevent tearing. However, the important thing about the MaterialX adoption is not only interoperability between different renders, but the fact that Karma XPU isn’t designed to work with VEX networks. So, while some of these features could be built in VEX, you wouldn’t be able to render it in Karma XPU. SideFX is working to make sure that Karma and Karma XPU will be as similar as possible.

In conjunction with rendering advances, hair and fur tools have also been bumped up. Grooming brushes have better control, especially with mirrored grooming across a character. This is great, but the real power is in the rendering. The hair can be sent to both Karma and Karma XPU, so getting sample renders during look-dev has sped up dramatically. And even more important is that render-time hair generation has moved from Mantra — not only to Karma, but to other renderers that are Hydra delegates like Arnold and RenderMan. So, your look dev is going to be retained, even if your end production renderer isn’t Karma.

And I haven’t gotten through barely half of the features presented on the launch: There are also additions to the Pyro FX to speed up simulations through instancing, scaling velocity in sims to reduce calculation time but retain smoke detail. This detail can be seen in better viewport rendering. And game workflows have not been forgotten.

I don’t even have time to get into the new FLIP fluid advances. There is a lot of power in this package. I encourage you to head on over to the launch video and get all 90 minutes of magic. I should probably start writing the review for Houdini 20 now … given all the little hints of what’s to come from the team at SideFx.