Acclaimed Korean comic-book artist and illustrator Kim Jung Gi has died after a heart attack at the age of 47. According to his Facebook page, he was on his way to fly to New York to attend the New York Comic Con, where he was a guest an exhibiting in Artists Alley. “It is with great sadness and a heavy heart that we inform you of the sudden passing of Kim Jung Gi. After finishing his last schedule in Europe, Jung Gi went to the airport to fly to New York, where he experienced chest pains and was taken to a nearby hospital for surgery, but sadly passed away.”

According to the Paris gallery which was exhibiting his work wrote, “It is with a great sadness that we inform you of the death of Kim Jung Gi on Monday evening in Paris. The South Korean artist died after a heart attack at the age of 47. His sudden disappearance contrasts with the immense happiness he brought us. We are speechless. Daniel Maghen, the entire gallery team, and particularly Olivier Souillé, who had accompanied him for ten years, are terribly affected by his loss. All our thoughts are turned to his family, his wife and his two children, his friends, his collaborators Kim Hyun Jin, Boin Lee, Jean-Christophe Caurette… and his fans, for whom his disappearance will leave a great void. At the request of his relatives, the exhibition dedicated to Kim Jung Gi, presented at the Daniel Maghen gallery, will continue until October 8, 2022.” 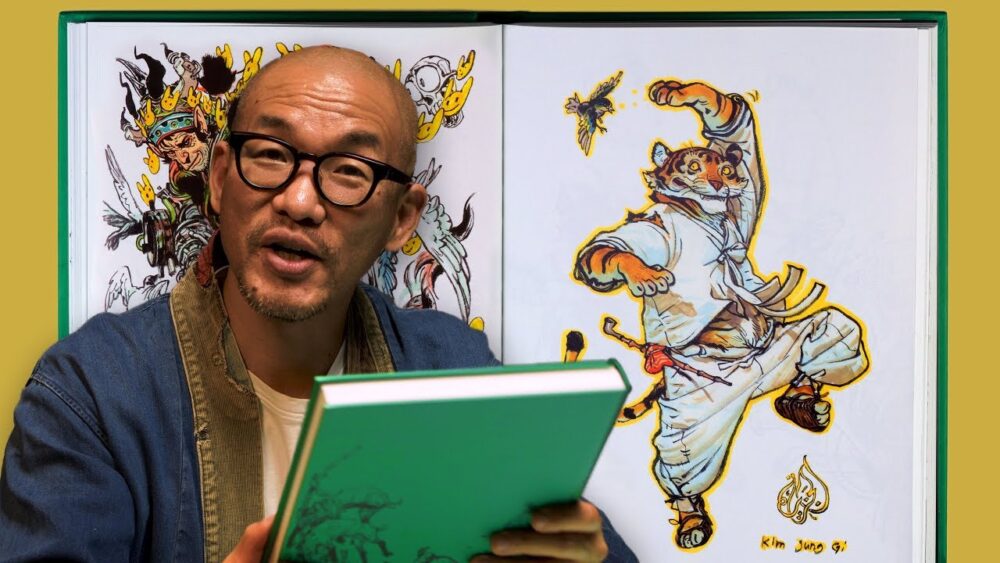 Kim Jung Gi was born in 1975 in the town of Goyang-Si, located in the province of Kyongki-Do South Korea.  At 19, he enrolled at a Fine Arts School, majoring in art and design.  He attended Dong-Eui University in Busan for three years and did his two years in the South Korean army as a part of the Special Forces Unit.  Kim was widely acclaimed for his special talent to render extremely complicated scenes near-perfectly from memory, without the aid of references.

Kim Jung Gi’s first publication – Funny Funny – was published in Young Jump magazine. He wrote a number of short stories and held exhibitions for his work that led to his teaching manhwa (Korean comic book) to various private schools and universities.  Kim collaborated with Seung-Jin Park, the writer of Tiger the Long Tail, to draw six volumes for his comic.  Kim also worked alongside French author Bernard Werber, illustrating two novels he had written “Paradise” in 2010 and Third Humanity in 2013. 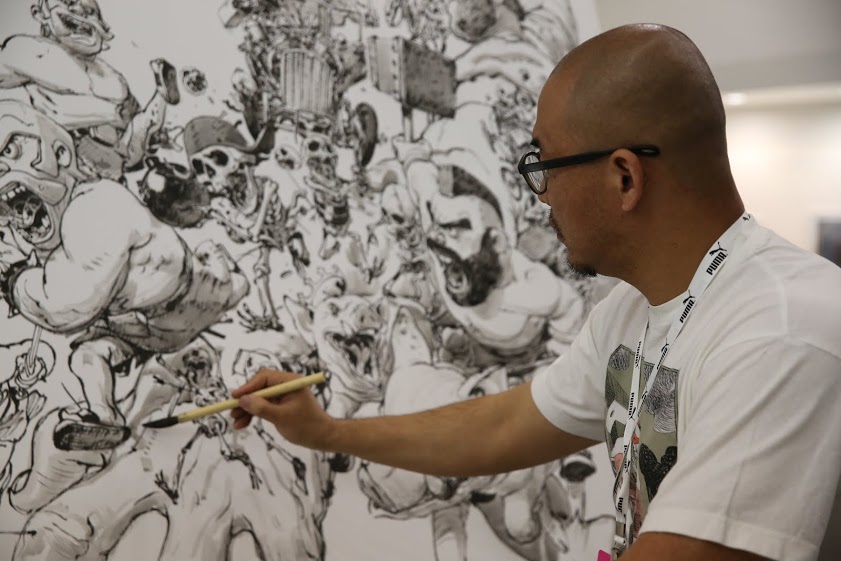 He soon began creating sketchbooks, with thousands of pages of drawings, worked in advertising, managed AniChanga, his drawing school in Seoul, and collaborated on a number of French graphic novels. He also worked as a cover artist for a number of American comic books such as The Flash and Civil War II. 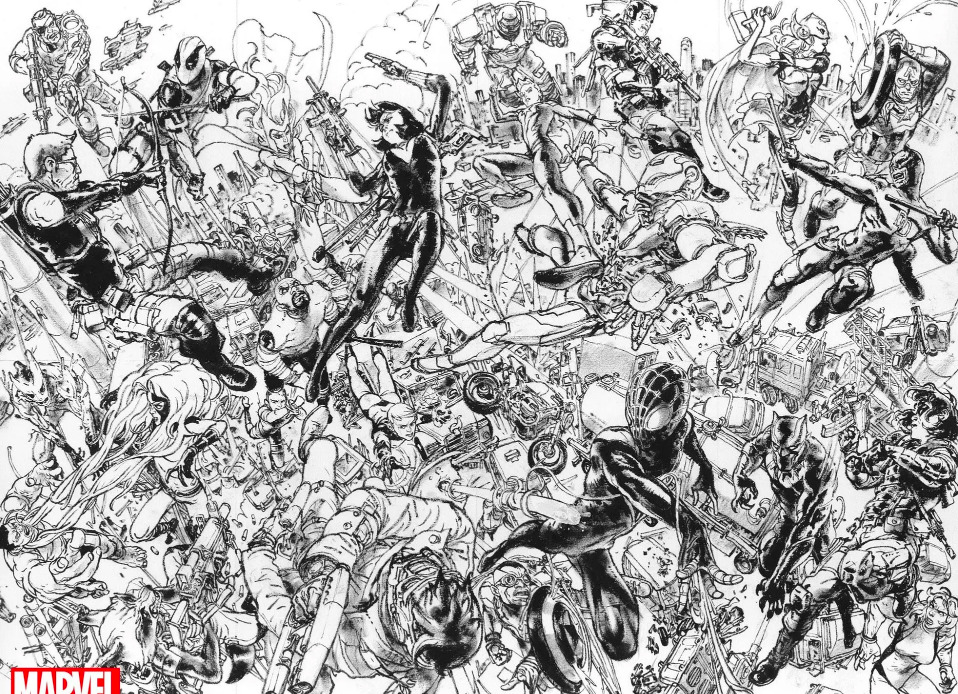 The artist  will be best known for his public live drawing events, which brought him the most fame in 2011, after a video of him drawing live at Bucheon Comic Festival went viral. He holds the record for “Longest drawing by an individual” in the Guinness World Records book. Kim was set to repeat his performance again at NYCC, as part of the Charity Art Auction. Those who wish to send a remembrance, note or drawing to his family can send it to 1975-2022@kimjunggi.net.