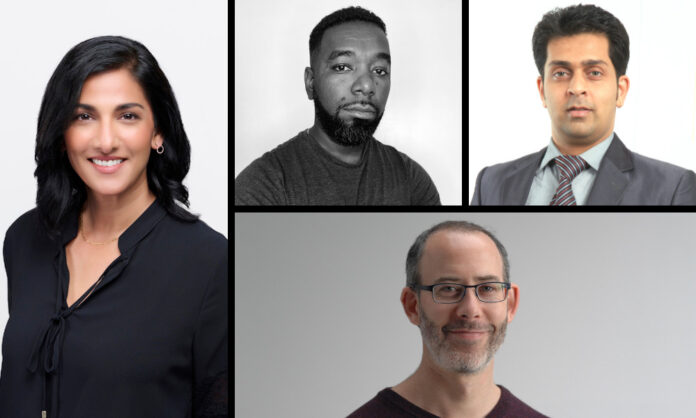 Pandeya will oversee Mercury Filmworks’ finance, business and legal, studio operations, talent management and production operations, working in concert with the leaders of each of these divisions. The original IP production business, headed by Chief Content Officer Heath Kenny, will continue to report to Eland. “It is an extremely exciting time of evolution and growth at Mercury Filmworks, and I look forward to working with Clint to execute on his visions for the studio and to work with the division heads to continue the momentum of providing world class animation production services to our partners, as well as creating our own unique original IP,” said Pandeya.

Pandeya joins Mercury Filmworks from Canada’s SHOEBOX Ltd. where she served as CFO & COO leading change to drive profitability. Prior to SHOEBOX, she held executive and senior positions at IBM for 13 years, most recently as their Global GBS Transformation Leader. In this role, she provided thought leadership and expertise in IBM Services Quote to Cash transformation journey. Pandeya also served for seven years at Cognos as Director of Financial Planning & Analysis. She began her career at Ernst & Young in accounting and tax. She received a Bachelor of Commerce Degree in accounting from Carleton
University. 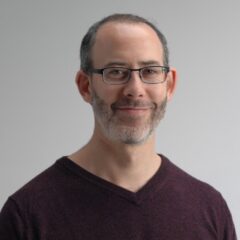 VFX and animation studio DNEG (dneg.com) announced that Daniel Jurow has been hired on as Chief Operating Officer. Jurow, who brings more than two decades of creative industry experience to the role, will be based out of DNEG’s London studio, reporting directly to Chairman & CEO Namit Malhotra.

Jurow joins DNEG from Technicolor, where he was COO of the company’s Film and Episodic VFX division. Prior to this role, he spent over 15 years at global digital product and marketing agency R/GA, where he rose to the rank of EVP, Global Head of Production, leading more than 200 producers. During his time there, Jurow oversaw the launch of the revolutionary Nike+ product partnership between Nike and Apple in 2006, which led to R/GA being named ‘Digital Agency of the Decade’ by Adweek. He also helped the agency grow from a staff of 200 employees to more than 2,000 across 17 global offices by the time of his departure in 2019. He has also presented at numerous international events, including the inaugural 4 As Digital Conference for Agencies, Internet & Mobile World, Innovation Summit, ArabNet Digital Summit and the Creative Equals conference.

“I have long admired DNEG’s focus on its people, uniting the business in support of its incredibly talented artists, creative technologists, production and support staff,” said Jurow. “As a result of this focus, DNEG has a great track record of leaping from strength to strength, delivering stunningly innovative creative work, navigating unprecedented industry shifts, and stewarding impressive global growth. I feel very privileged to join Namit and his team as we usher in the next brilliant act of the DNEG story.”

Devdatta Potnis has decided to part company from top Indian animation studio Cosmos-Maya after a decade-long association during which the studio went from strength to strength. “It has been a pleasure working with this incredible company, Cosmos-Maya, and I thank the founders Ketan Mehta, Deepa Sahi and Anish Mehta who gave me the opportunity to grow this company, plan its strategic direction & take it to the stage where it is now India’s #1 animation studio,” said Potnis. “I owe a lot of my professional expertise & development to Cosmos-Maya and the team who will always be a special for me, personally & professionally. I wish them all the best for the future.”

Presently the studio’s Chief Growth Officer, Potnis joined the studio as head of sales in 2011 and was instrumental in getting the animation studio’s first domestic IP, Motu Patlu, off the ground (the hit show is celebrating its 10th anniversary this year). In 2015, he diversified the studio’s revenue streams by establishing one of the biggest digital kids’ networks globally, WowKidz, which has over 90 million subscribers worldwide across YouTube and Facebook. Under Potnis, the studio went on has produced a multitude of shows with leading kids’ broadcasters in India including Nickelodeon, Disney, Cartoon Network, Sony and Discovery, and cemented bonds with all the key OTT players like Amazon Prime Video, Netflix, Voot, Zee5 and Disney+ Hotstar among others.

Setting the studios’ sights on the international market, Potnis set Cosmos-Maya on a structured growth path across Europe, Asia and North America, and became the face of the animation studio globally. The studio grew from 30 people to 1,200+ artists and secured private equity investment, first with KKR-backed Emerald Media in 2018 and then with TPG affiliate NewQuest Capital Partners in 2021. The exec was a key architect in building the studio from producer of one Indian series in 2012 to a market leadership position in India with a reported valuation of over 90 million USD.

Virtual production company Impossible Objects (impossible-objects.co) has announced hiring the multitalented VFX supervisor and commercial director Ruel Smith as Head of VFX and Animation. Smith brings more than 15 years of experience in film, television and virtual production to the post, and will be based in Los Angeles. Ruel will be working alongside IO founders Joe Sill and Jerad Anderson in his new role, where he hopes to build out expanded teams along with a pipeline and internal infrastructure to support real-time VP workflows using off-the-shelf and internally developed creative tools.

“I’m looking forward to taking the lead on building a team and leaning on best practices from my experience in both traditional visual effects and the rapidly evolving tools methodologies in real-time production and in-camera visual effects. Impossible Objects has an incredible portfolio of work and truly represents the state of the art in virtual production today,” said Ruel.

Ruel comes from a more traditional VFX background, working at some of the most prestigious studios in the industry. He began his career at Digital Domain, creating award-winning VFX for advertising and film, always with an eye to the next evolution in production. His passion for real-time filmmaking was sparked when he joined the virtual production team for the award-winning Disney’s The Jungle Book (2016), which is considered a milestone film showcasing the creative potential of real time. Ruel was also integral to the VFX teams for Flags of Our Fathers, Black Panther and Captain Marvel.