At its Friday evening industry panel held at Anime Weekend Atlanta, HIDIVE revealed a long list of announcements to fans — including the action-adventure series Giant Beasts of Ars, an original anime and HIDIVE’s first ever co-production, which will premiere in January during the company’s Winter 2023 simulcast season.

HIDIVE also announced the acquisition of two feature films and a theatrical OVA: The Tunnel to Summer, the Exit of Goodbyes, a film based on the award-winning light novel of the same name and planned for theatrical release during the first quarter of 2023, the theatrical OVA Mirage QUEEN Prefers Circus and the film Utano☆Princesama Maji LOVE ST☆RISH TOURS — both of which will be also released in 2023 on HIDIVE and in theaters, respectively.

Rounding-out the list, HIDIVE also detailed the English DubCast Edition debuts for the current Fall 2022 Simulcast Season series Akiba Maid War, The Eminence in Shadow, URUSEI YATSURA and Reincarnated as a Sword. Earlier this week, HIDIVE confirmed the upcoming December 16 launch of the original anime LUPIN ZERO, which will make its world premiere at a screening co-hosted by HIDIVE during Anime NYC this month. 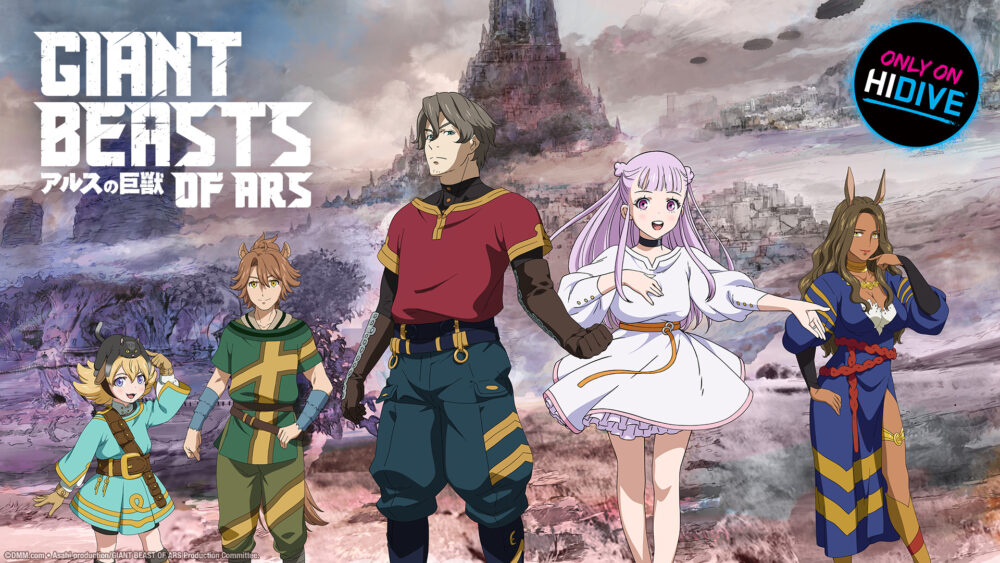 Giant Beasts of Ars
HIDIVE Winter 2023 Simulcast Season – Premiering in January 2023
A group of people in clothing Description automatically generated The great beasts created the land, but humans stole it. Angered, the beasts began eating humans, who in turn called upon the gods to fight the beasts. In the age of the sword, heroes and mythology, giant beasts are hunted by humans for profit. Jiro, who makes his living hunting beasts, encounters Kuumi, who is being chased by someone, and in that moment decides to save her. As rumors spread regarding humanity and a mysterious experiment, together they seek to discover the world’s secrets.

Co-produced by DMM.com and HIDIVE, animated by Asahi Production, with direction by Akira Oguro and writing by Norimitsu Kaihou. 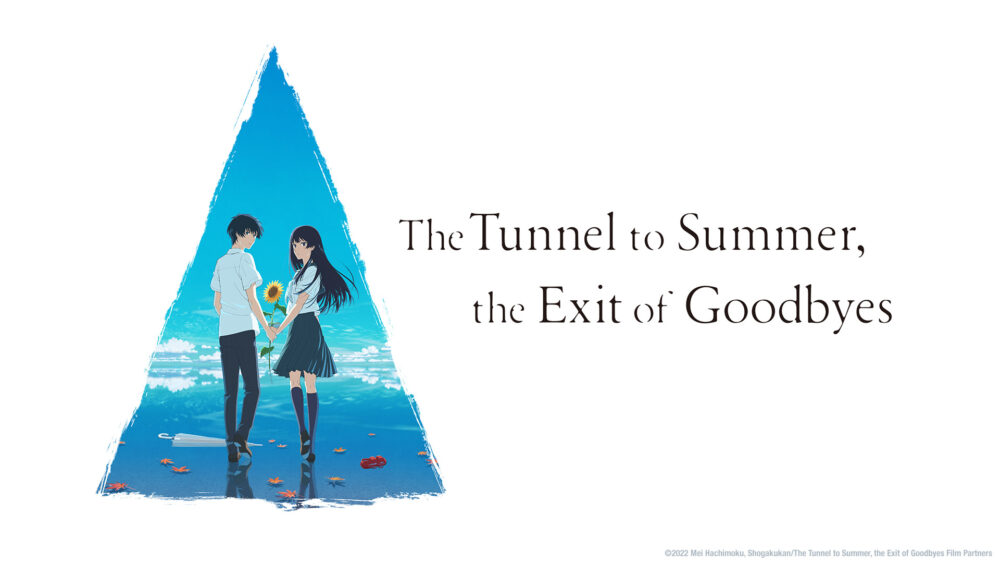 The Tunnel to Summer, the Exit of Goodbyes
Q1’2023 Theatrical Release, Followed by Streaming Release on HIDIVE
Urashima Tunnel – Once you enter that tunnel, you can get whatever you want, but at a price. Kaoru Tohno, who seems to have an elusive personality and traumatic past, and Anzu Hanashiro, who is struggling to reconcile her ideal image and true-to-heart attitude, team up to investigate the Urashima Tunnel and get what they want. This is an unforgettable summer story of nostalgia and sprinting in a remote countryside.

An animated film based on the award-winning novel by Mei Hachimoku, The Tunnel to Summer, the Exit of Goodbyes is written and directed by Tomohisa Taguchi and animated by CLAP. 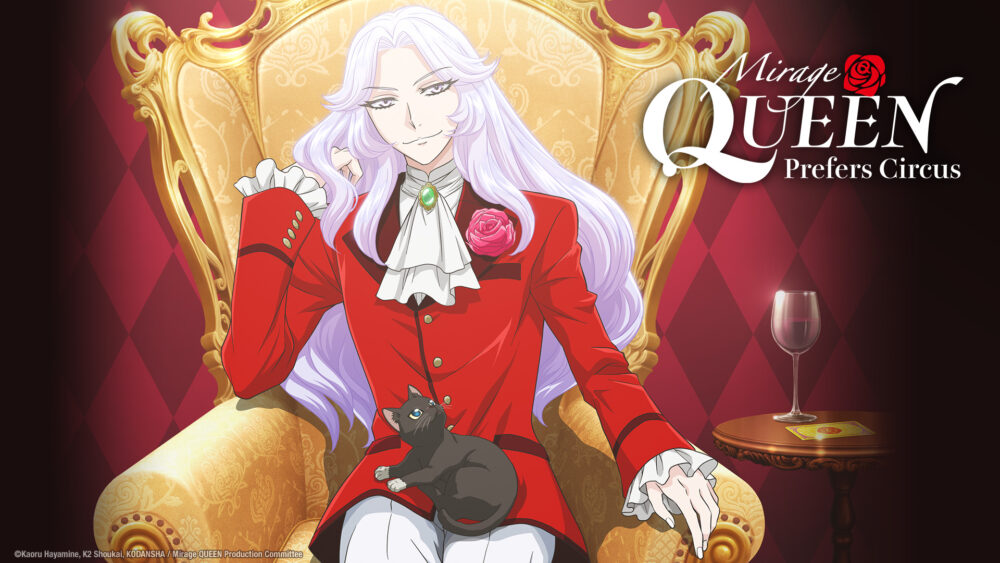 Mirage QUEEN Prefers Circus
Direct to HIDIVE – 2023 Streaming Release
They always steal the prey they aim for. That is Phantom Thief Queen. Gender, age, nationality unknown. Together with their partner Joker, RD, they travel around the world on the airship Troubadour. This time, the Queen is aiming for a cursed jewel, the legendary Rose of Linden. A hypnotist, an acrobat, a magician … the talented circus members challenge the Queen! What is their purpose? In order to get back the jewel, the Queen stands up to the challenge in a bold and brilliant way (or disguise). Nothing is impossible for the Queen!

A theatrical OVA based on first novel of the Mirage Queen series, Mirage QUEEN Prefers Circus is animated by East Fish Studio and directed by Saori Den with writing by Mariko Kunisawa. 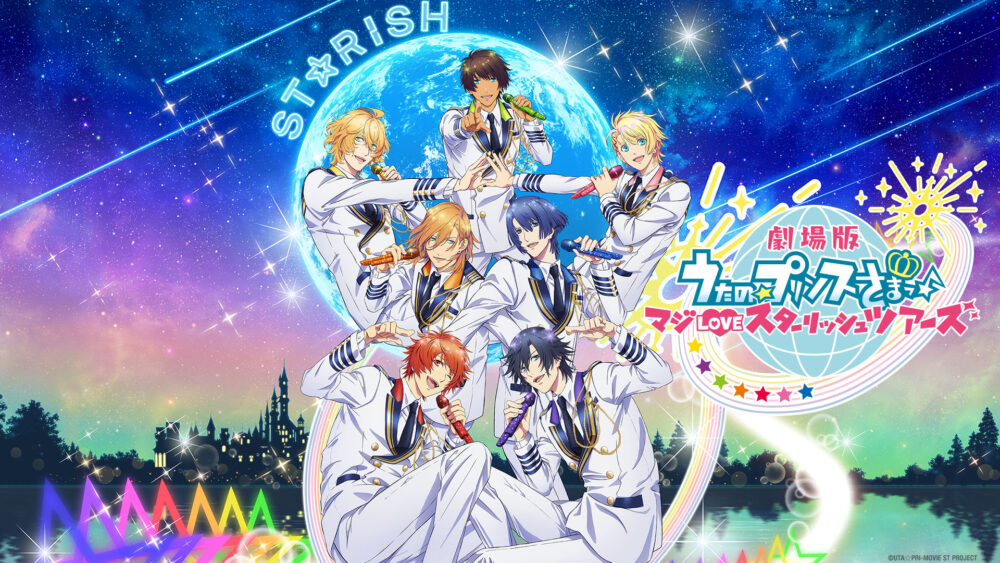 Utano☆Princesama Maji LOVE ST☆RISH Tours
Q1’2023 Theatrical Release – Followed by Streaming Release on HIDIVE
With the great success of “Maji LOVE LIVE Kingdom”, the members of ST☆RISH have been busy with their idol activities. However, while their success has brought a sense of fulfillment, they began to have feelings they never felt before. “What do we do from now on…” At that time, a call comes in from the Shining Office summoning everyone to receive a “reward.” What is it…? This is the behind-the-scenes story of ST☆RISH, connecting “Maji LOVE Kingdom” to the “Maji LOVE ST☆RISH Tours.”

This animated film from A-1 Pictures is directed by Chiaki Nagaoka with music by Elements Garden.