***This article originally appeared in the November ’22 issue of Animation Magazine (No. 324)***

Just in time for the busy fall season, Montreal-based software powerhouse Toon Boom has released the 22 version of its standard-setting Harmony and Storyboard Pro tools which promise to expand the possibilities of visual storytelling while giving artists more control and freedom of ease.

Industry artists rely on Harmony Premium’s tools and workflows at every step of the production process, from roughs to ink-and-paint as well as 2D rigged characters and compositing. A benefit of using a consistent set of tools throughout the production process is that revisions can be made at any point, without needing to import and export scenes or compromise in quality along the way. 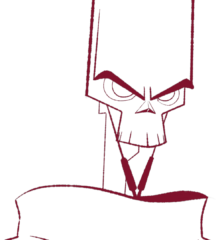 Industry artists recognize that Harmony’s industry-leading drawing engine and workflow tools provide the flexibility to produce animation in any style; with organic bitmap brushes, precise vector lines, a robust color management system, an easy-to-use 3D stage and multiplane camera system, as well as tools for both traditional animation and rigged characters — while always offering artists the freedom to seamlessly draw special poses when needed for a scene.

Python scripts can now run from Harmony’s own Python Console to access and manipulate scene data, which provide technical directors with more flexibility when developing workflows tailored to their production’s needs.

From seamless integration with screenwriting tools, to drawing thumbnails, revising storyboards or timing an animatic with camera movement and sound, Storyboard Pro allows creatives to get content off the ground quickly and easily.

With the same industry-leading drawing tools found in Harmony, Storyboard Pro provides artists with the flexibility to sketch scenes quickly and efficiently using shorthand or draw precise, on-model poses when needed. With a built-in multiplane camera and support for 3D assets, Storyboard Pro can be used on any production, whether 2D, 3D, hybrid or live action.

Meanwhile, updates in Storyboard Pro 22 bring improvements to conformation with non-linear editing software, native Apple ProRes support and new quality-of-life features, such as an audio levels monitor for creating animatics with sound. Improvements to conformation allow editors and directors to more accurately track scenes in their editing software and bring changes, including to camera movements and timeline markers, back into Storyboard Pro. Native support for Apple ProRes codecs allows for consistency across macOS and Windows, and allows for rendering in high resolution without memory limitations. The new audio levels monitor is essential for working with both scratch audio and final sound, to prevent audio clipping and more easily ensure consistent levels across a project.

To mark the release of both Harmony 22 and Storyboard Pro 22, Toon Boom Animation commissioned the team at trailblazing studio Mercury Filmworks (Hilda, Kid Cosmic, Centaurworld) to produce an original animated short. The new film, titled The Duke’s Game, was directed by Shane Plante and will be used to develop demo scenes that users can download to learn how to use features in Harmony 22 Premium and Storyboard Pro 22. The team at Mercury Filmworks was given full creative freedom on the project. 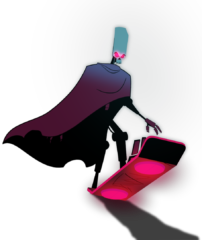 “The projects that I do on my own tend to be a little darker,” notes Plante, a senior animator at Mercury Filmworks. “There are lines that we don’t get to cross at the studio regularly, and I was a little hesitant to pitch them.”

“The only thing that we were told was a requirement was that this short needed to be about skateboarding in some form,” adds Collin Tsandilis, a director at Mercury Filmworks who collaborated with Plante on the project. “We didn’t want to just have the short set at a skatepark. We wanted it to be set in a post-apocalyptic wasteland.”

The short film makes use of 2D character rigs for the Duke, Nitro and Mouse; Master Controllers on both characters and the hoverboards; a 3D environment inside Storyboard Pro and Harmony Premium; as well as scenes composited using Harmony Premium’s new bokeh effect node. In addition to storyboarding and directing the short, Plante also voiced the Duke and provided the guitar track that accompanies the film, making use of the new audio monitoring tools in Storyboard Pro 22. With help from artists at Mercury Filmworks, this new short sets a benchmark for what can be accomplished in Storyboard Pro 22 and Harmony 22, and demonstrates tools that artists have at their disposal to produce stunning animated sequences of their own.

Licenses for Harmony 22 and Storyboard Pro 22 are available for purchase on Toon Boom Animation’s website. Users with existing annual or monthly licenses can find the latest updates in their accounts under Downloads. Harmony 22 and Storyboard Pro 22 are compatible with Windows and macOS, with support for Intel as well as Apple Silicon devices. Artists can download a free 21-day trial and find free training resources on the Toon Boom Learn portal.