Dynamite Entertainment is resurrecting Disney’s Darkwing Duck for an all-new comic series that flies into the marketplace starting on January 4, 2023.

“Darkwing Duck was huge when I was a kid, and I am thrilled to help introduce the fun, humor, and action-packed mystery to a new generation!,” said writer Amanda Deibert. “Let’s get Dangerous!”

“He is the terror that flaps in the night… He is the ferocious fowl who plucks the evil eye from the face of foul play. He is Darkwing Duck! By night he vigilantly defends his city of St. Canard from the dastardly, devilish demons who would wage wanton war with his trademark costume and gadgets, and lurks through the shadows, striking fear in the heart of the criminal underworld. By day he’s known as the mild-mannered Drake Mallard, father to his adorable adopted daughter Gosalyn. Can Darkwing successfully juggle his two separate lives, all while looking incredibly cool and impossibly handsome?”

“Fans of the original TV series are in for a total treat, because Amanda and Carlo are conjuring up a hilarious, thrill-filled adventure series that’s directly connected with the classic feel of the show, but 100% accessible for new readers,” says Editor Nate Cosby. “Alongside Darkwing Duck, Launchpad McQuack, and Gosalyn, fans will get to see countless favorite characters in the series. Tune in for possible appearances by Morgana Macawber, Bushroot, Dr. Nogood, and more!” 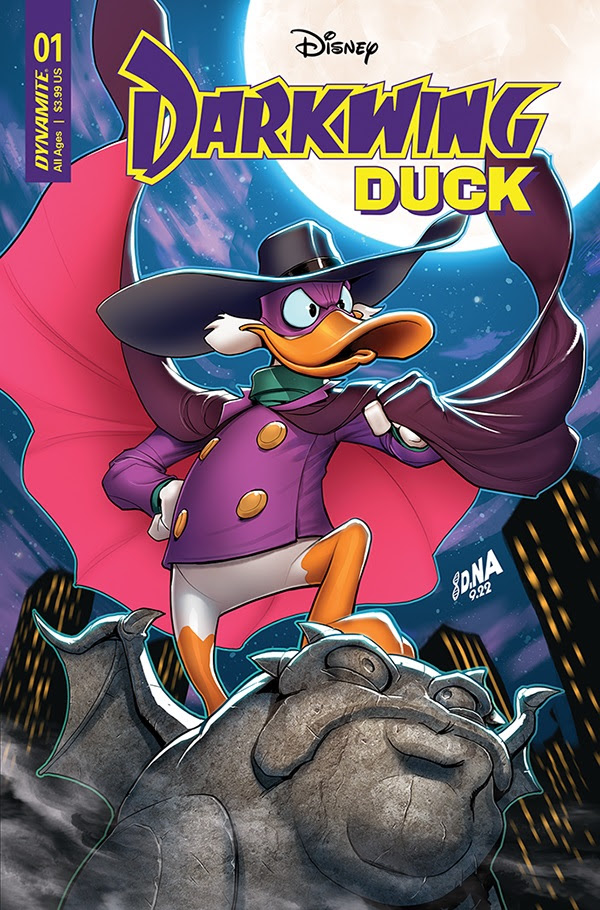 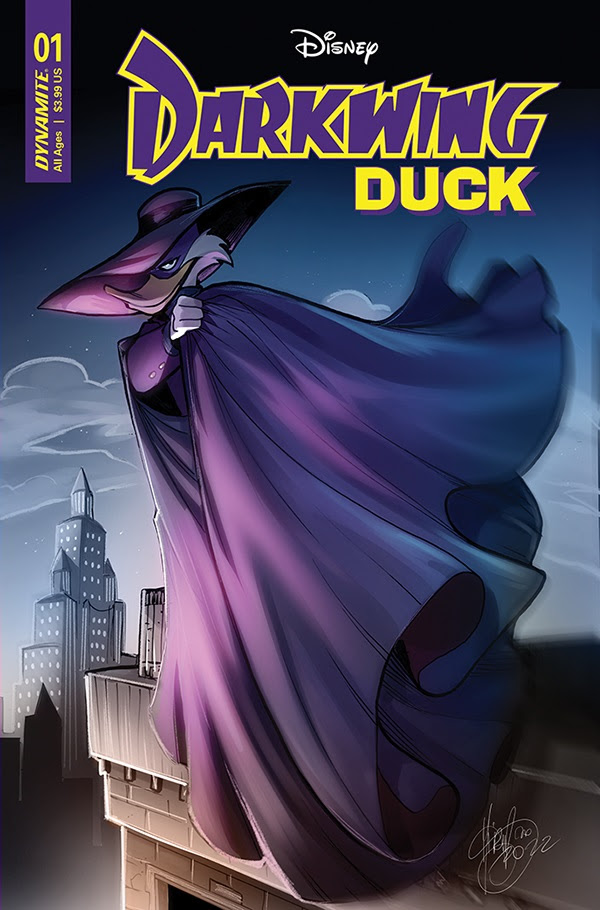