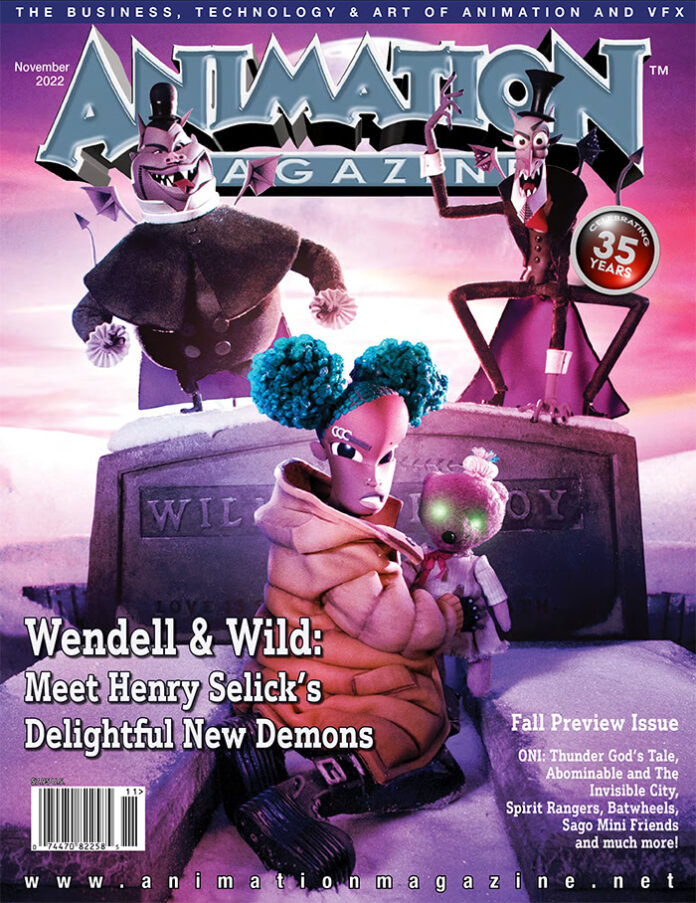 In The November Issue of Animation Magazine 324

▩ A favorite yeti returns in DreamWorks’ Abominable and The Invisible City.

▩ Victor and Valentino creator Diego Molano writes about the birth and evolution of his popular show.

▩ A sneak peek at this year’s Animation Is Film Festival in Hollywood.

And much, much more!