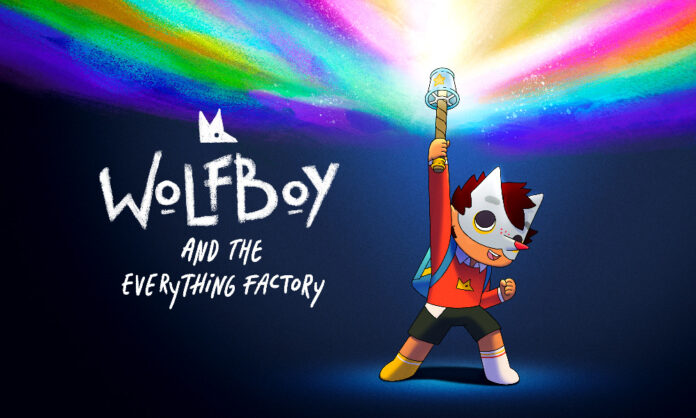 Trailer: ‘Wolfboy and the Everything Factory’ S2 Brings More Magic to Apple TV+

Apple TV+ today released the trailer for the second season of animated epic Wolfboy and the Everything Factory, premiering globally on Friday, September 30.

Season 2 takes Wolfboy (voiced by Kassian Akhtar) to a new realm underneath the Everything Factory, where Nyx attempts to lure him to the dark side. With his Spryte friends and new allies, Wolfboy engages in a quest to unite the forces of creation and destruction, and realizes that being different is what makes him special — and ultimately, it’s the oddballs and dreamers who change the world.

The award-winning slate of original animated series and film for kids and families on Apple TV+ includes El Deafo, Duck & Goose. All-ages offerings also include Fraggle Rock: Back to the Rock and Harriet the Spy from The Jim Henson Company, the Peabody Award-winning series Stillwater, Helpsters from Sesame Workshop, Academy Award-nominated animated film Wolfwalkers, new series and specials from Peanuts and WildBrain including The Snoopy Show, Daytime Emmy Award-winning television event  Here We Are: Notes for Living on Planet Earth and the upcoming mission-driven hybrid series Jane, from J.J. Johnson, Sinking Ship Entertainment and the Jane Goodall Institute.