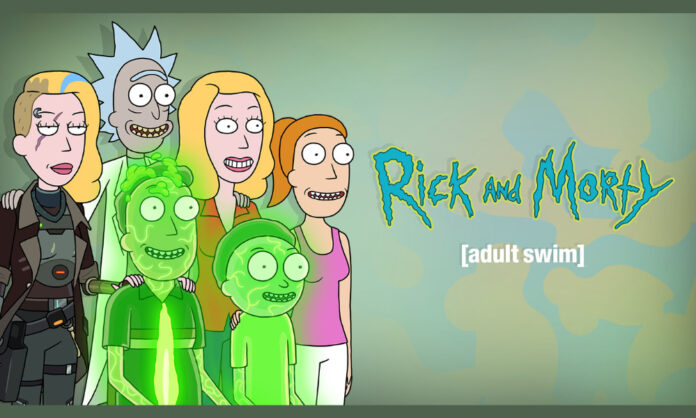 Good news, Rickstronauts: The Season 6 premiere episode of Rick and Morty, “Solaricks,” is launching for free streaming on Adult Swim’s YouTube channel in the U.S. and select global territories, available until September 27. S6 continues to unleash Dan Harmon and Justin Roiland’s particular brand of animated multiverse madness around the world (read about the creators’ takes on the new season here).

Viewership for the Emmy-winning show continues to grow in the U.S. since its premiere early this month. After only three days post-premiere, the first episode of Season 6 of Rick and Morty saw +57% growth in delivery with delayed viewing three days after its September 4 launch, bringing its overall delivery to 1,033,000 viewers (Persons 2+).

Debuting in 112 countries in 38 languages, Rick and Morty also captured substantial international viewership. It is the best performing animated show on HBO Max in Europe since the platform launched and in the top 10 best performing series overall of the shows that launched in Europe this year. HBO Max in Latin America reported a Rick and Morty viewership growth of over 500% in the week following the debut of the season six premiere episode on the service.

Yesterday marked the official conclusion of the global Rick and Morty #WORMAGEDDON immersive fan experience which galvanized fans both online and in-person to partake in a special “living episode” of their favorite show. Since the first build was revealed in Mexico City on August 20, over 100,000 fans showed up in-person to one or more of the 14 unique scenes that were spotted on six continents.

Additionally, fans at home were also able to follow along with the global adventure via a series of custom animated shorts about the origins of #WORMAGEDDON including [A Citadel Secret], [A Journey to Earth], [Threat Level: Wormageddon] and [Wormageddon: Final Showdown] alongside original videos featuring each build. As of today, the original #WORMAGEDDON video content has received a combined total of over 75 million global views and counting.

“It’s so satisfying to see people around the world showing up, literally in-person this time, for this new season of Rick and Morty,” said Michael Ouweleen, President of Adult Swim and Cartoon Network. “It speaks volumes about the talent and care that go into making this amazing series.”

“It’s absolutely electrifying to the witness the Rick and Morty fan community from different countries around the world coming together to celebrate this series” said Tricia Melton, Chief Marketing Officer for Warner Bros. Discovery Kids, Young Adults and Classics group. “We knew the power of the Rick and Morty fandom, but it’s still nothing short of astounding to find how many fans took the time to visit one of our 14 custom builds in person, or to follow the adventure online.”

New episodes of Rick and Morty debut in the U.S. on Sundays at 11 p.m. ET/PT on Adult Swim. Season 6 premieres continue throughout September in the U.K. (E4, All 4), Germany (Warner TV Comedy, Vodafone Giga TV), France (Adult Swim) and in all markets where HBO Max is available in Europe.

Baby Shark & Line Friends Celebrate the World’s Masterpieces in ‘Night at the Art...