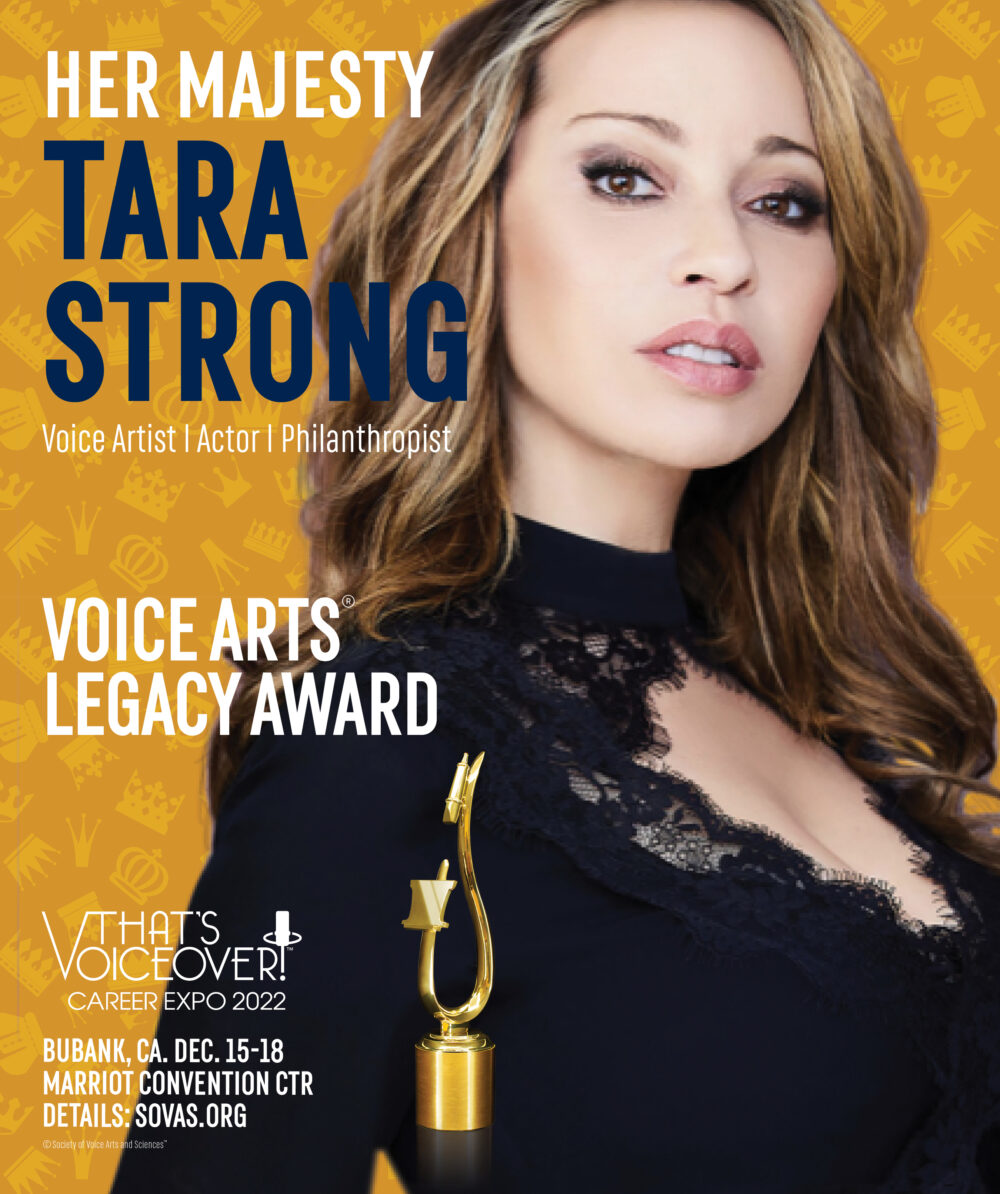 The Voice Arts Legacy Award will be presented by Cree Summer, whose own extraordinary list of credits began simultaneously with Strong’s on the same job. Both women are Canadian-American actors and singers working extensively in animation, voicing long-running characters, and they have been “besties” since childhood. The award will be presented on December 15 at the 13th Annual That’s Voiceover Career Expo at the Marriot Convention Center in Burbank, California.

Internet-first animation studio Invisible Universe has named Nerissa Holder Hall as Head of Franchise, focused on commercializing the company’s suite of IP (especially its first and largest franchise, Qai Qai), identifying new opportunities and expanding the characters to new media formats including publishing, long-form series, movies, consumer products, and more. She will manage the execution and maintenance of existing deals, as well as develop relationships with potential commercial partners.

Prior to Invisible Universe, Hall served as the Senior Director of Content Strategy for Nickelodeon’s interactive learning app, Noggin. She started her career writing and consulting on the teams of several of Nickelodeon’s iconic animated children’s series, including Dora the Explorer and Go, Diego, Go!. Additionally, she has guided a multitude of producers, writers, animators and executives to create children’s content in all areas of the media landscape at PBS/WNET, Pinna, Callaway Digital Arts and others.

Hall is also the founder of Mirror Mirror Books, a direct-to-consumer publishing company that creates personalized picture books that help children handle life’s big moments by seeing themselves as characters in the story.

French animation studio La Chouette Compagnie has appointed Adeline Tormo, formerly Head of Sales at HARI Group, as Head of Sales with the mission of defining the international financing and exploitation strategies for the company’s content, and overseeing their implementation. Tormo will be present at the next MIPCOM, which will be an opportunity to present Chouette’s various projects in development, including Taki Tanuki (52 x 7′), Poule Mouillette (52 x 11′) and Theo les bons tuyaux (52 x 5′). The company is preparing to launch Dragon Strikers on Disney+.

Tormo began her career in 2008 at Gaumont Animation as an intern in the Sales and Marketing department. In 2009, she was appointed International Sales Manager, in charge of the distribution of the animated series catalog in Eastern Europe and Latin America. In addition to these territories, between 2010 and 2014, Adeline was responsible for the exploitation of properties such as Calimero and Galactik Football in the U.S., France, the Middle East and Africa. In 2014, Tormo was promoted to VP International Sales, adding sales of U.S. and French drama series produced by Gaumont Television to her portfolio.

She joined the HARI Group in 2016 as Head of Sales to create and lead HARI International subsidiary. In 2019, three years after launching the business, HARI International won France’s Export Award for the series Grizzy & the Lemmings,  the best-selling French animated series in the world that year. Tormo holds a master’s degree in Management from Paris IX Dauphine and a master’s degree in Law and Administration of Audiovisual Communication from Paris I Sorbonne.

The U.K.’s 20th Asian Achievers Awards have named DNEG CEO and Chairman Namit Malhotra a winner in this year’s Arts & Culture category. Malhotra is also the founder and non-executive director of DNEG’s parent company, Prime Focus Limited. As a film producer, his credits include the recently released action-adventure epic Brahmastra (2022) and the
upcoming animated feature film Garfield (2024), which DNEG Animation is co-producing with Alcon Entertainment for Sony Pictures.

The third generation of a filmmaking family, Malhotra’s journey began in 1995 with a garage start-up in Mumbai. Since then, he has overseen Prime Focus’ listing on the National Stock Exchange of India, having pioneered a series of technology firsts in the Indian film industry and built India’s largest independent media services company. Malhotra later expanded Prime Focus’ reach to the U.K. and North America, acquiring Double Negative (DNEG), where he scaled the company to create a global network of VFX and animation studios. Since then, DNEG has expanded its headcount from 700 to more than 8,000, adding new services and divisions, and earned seven Academy Awards for Best VFX, most recently for Dune (2022) and Tenet (2021).

Additionally, Malhotra oversaw the investment of $250 million by Novator Capital Advisers, LLP, in August 2021, positioning  DNEG to further capitalize on the high demand in the content services marketplace, including gaming, original content and IP creation. In April 2022, Malhotra’s DNEG entered into an expanded multiyear services agreement to provide visual effects and virtual production services for Netflix on Netflix series and feature programming through 2025.

Thunderbird Entertainment Group Inc.  announced the
appointment of Nelson Huynh to the role of Director, Distribution Sales. In this newly created role, Huynh will draw on his sales experience and global industry network, primarily cultivated during his tenure at Kidscreen, owned by Brunico Communications.

Huynh will license Thunderbird’s animated and live-action kids series from Atomic Cartoons and primetime scripted series from Thunderbird to broadcasters, streamers and other media outlets with a focus on EMEA, Latin America and Asia. Based in Toronto and Reporting to Richard Goldsmith, President of Global Distribution and Consumer Products, he will also work to secure commissions, presales and co-productions for new series from Thunderbird’s animated, scripted and unscripted (Great Pacific Media) series production divisions. And Huynh will represent Thunderbird Distribution at major global media markets, beginning with MIPJunior and MIPCOM in Cannes in October.