Crunchyroll is bringing Mobile Suit Gundam Cucuruz Doan’s Island to select theaters across its English-speaking territories this September. The film premiered in Japan in June.

For more information and to purchase tickets visit CrunchyrollMovieNight.com.

Synopsis: After a covert mission goes wrong, Mobile Suit pilot Amuro Ray and his comrades are stranded on a remote island. The battalion was sent to a land called the Island of No Return to clear off any enemy forces, only to find a group of children and an enemy mecha attack. Now, Amuro must find a way for them all to escape this mysterious land, but not before meeting a strange man — Cucuruz Doan.

Mobile Suit Gundam began in 1979 as an animated series and exploded in popularity when Bandai launched toy models of the main character, Gunpla. Gundam is now a worldwide phenomenon that has over 40 years of anime, movies, toys , video games and is widely credited as starting the popularity of the giant robot genre.

Read more about the inspirations behind Gundam and its enduring legacy in this exclusive interview with creator Yoshiyuki Tomino. 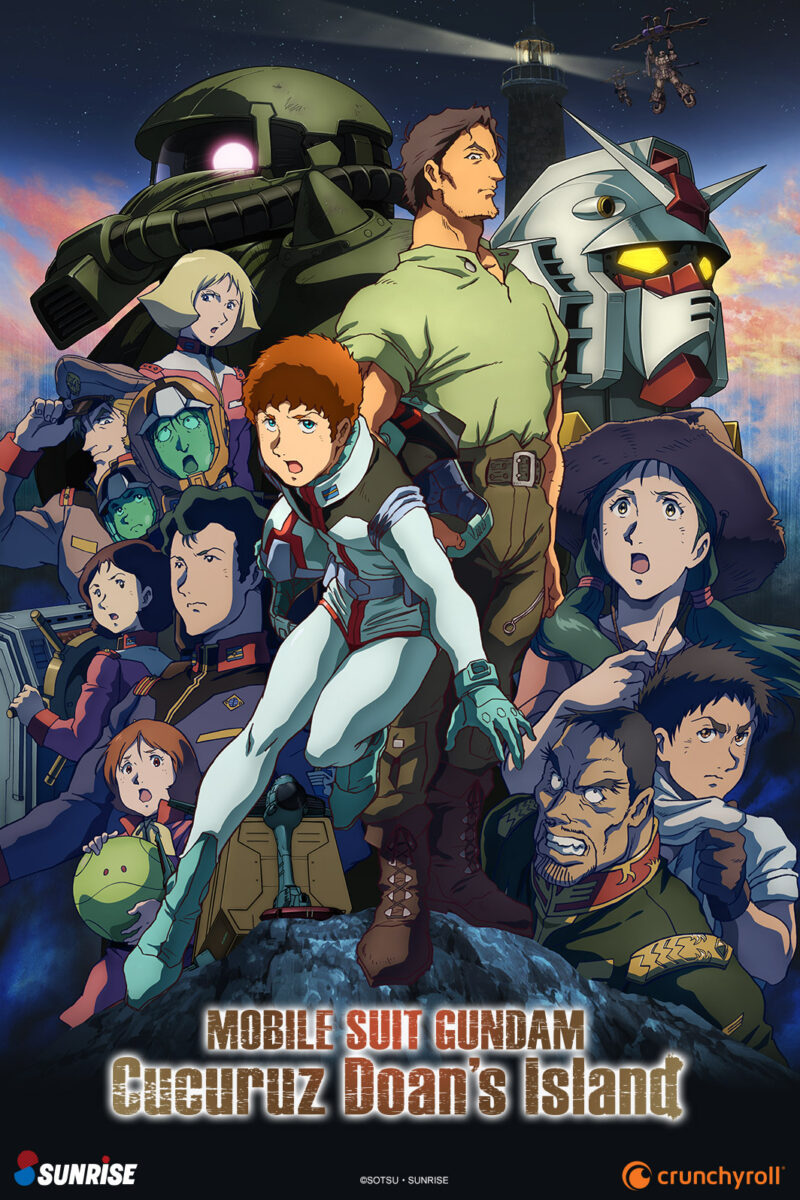