LightBox Expo 2022 will be held from October 14-16, featuring more than 150 panels and the prestigious Concept Art Awards.  This year marks the return of this celebration of the arts to Pasadena, California for the first time since the show’s inaugural edition.

“We’re delighted to host LightBox Expo in person after two years of virtual events,” said LightBox Expo’s Creative Director, character designer/illustrator Bobby Chiu. “Throughout the pandemic, we experimented with ways to bring artists together online, including launching our popular LightBox Expo Discord channel. And while that’s been a rewarding experience for the LightBox Expo community which has grown internationally in ways we never could have imagined, there’s absolutely nothing like walking through an event filled with over 500 of the most talented artists, writers, and filmmakers working today.”

Chiu co-founded the event in 2019 with Jim Demonakos, one of the directors of the award-winning documentary Mike Mignola: Drawing Monsters.

LightBox Expo is a multi-faceted experience for everyone from aspiring artists and students, to professionals and fans, with a focus on animation, illustration and concept art. The event organizers have announced a slate of more than 125 panels, with even more programming highlights to be announced closer to the show.

One of the show’s many highlights is The Concept Art Awards, an annual award ceremony designed to recognize and bring increased awareness of the role of concept artists throughout the world of movies, television, video games and more. This year’s finalists include artists working on projects like Encanto, Turning Red, Dune, The Batman, Moon Knight, Obi-Wan Kenobi, Star Trek: Strange New Worlds, Apex Legends, Assassin’s Creed Valhalla. The award ceremony will be held at the Pasadena Civic Auditorium with a live band.

The 2022 Concept Art Awards finalists can be viewed here: conceptartassociation.com.

Among the recipients of this year’s Concept Art Awards Lifetime Achievement Award is Mary Blair, the legendary concept artist of films including Alice in Wonderland, Peter Pan and Cinderella, who will posthumously receive the award on Saturday, October 15.

Finalists for the professional categories include:

“LightBox Expo was created in order to shine a spotlight on the creators behind your favorite animation, illustrations, games, and live action movies & TV shows, all under one roof,” said Jim Demonakos, LightBox Expo’s Convention Director. “This year’s event feels like a homecoming. After our debut event in 2019, we moved online, and we’re eager to get back together to celebrate the arts in person.” 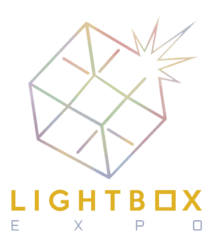 Learn more about the Concept Art Association and the 2022 Concept Art Awards Presented by LightBox Expo by visiting their website or following them on Instagram.