One of Toon Town’s oldest and dearest denizens gets a flipped out modern revamp from a staggering roster of contemporary comics artists in Popeye Variations, a new book project from Clover Press and Yoe! Books now on Kickstarter. The 10 x 10 hardcover will feature unique spins on E.C. Segar’s spinach-scarfing sailor created by more than 75 underground and mainstream cartoonists.

“We’re excited to publish this amazing collection of Popeye art, some seen in limited circles, but all deserving to be shared with Popeye fans around the world,” said Publisher Hank Kanalz. “Craig Yoe and Robbie Robbins have curated and designed a beautiful hardcover that must not be missed.”

Popeye Variations also features many of the original variant covers created for IDW Publishing and Yoe! Books’ 2012 re-presentation of of the classic Popeye comic book series launched in 1948 by Segar’s longtime assistant, Bud Sagendorf. As a bonus to Kickstarter supporters, several of these covers are being offered as special tiers for the campaign.

Popeye is owned bye King Features, a unit of Hearst Newspapers. Follow along with the beloved sailorman’s latest adventures at popeye.com.

To support the campaign for Popeye Variations, visit Kickstarter. 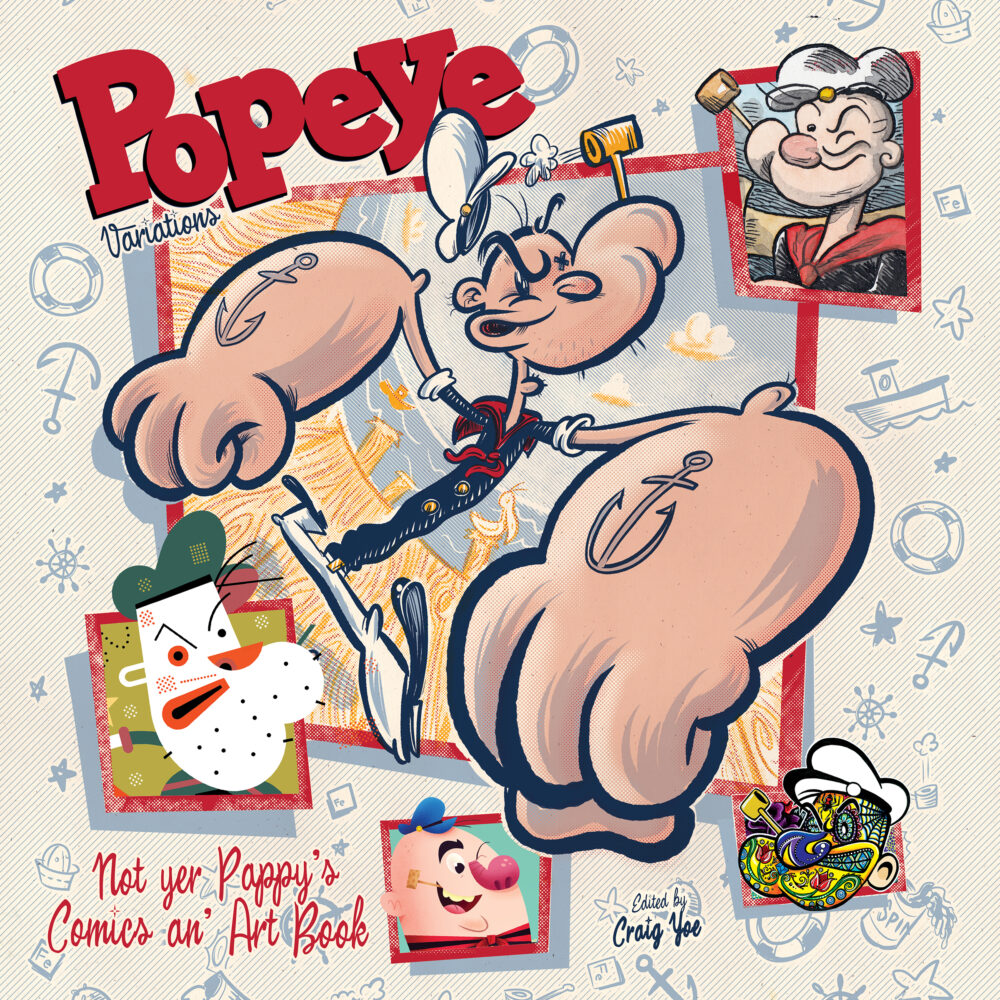