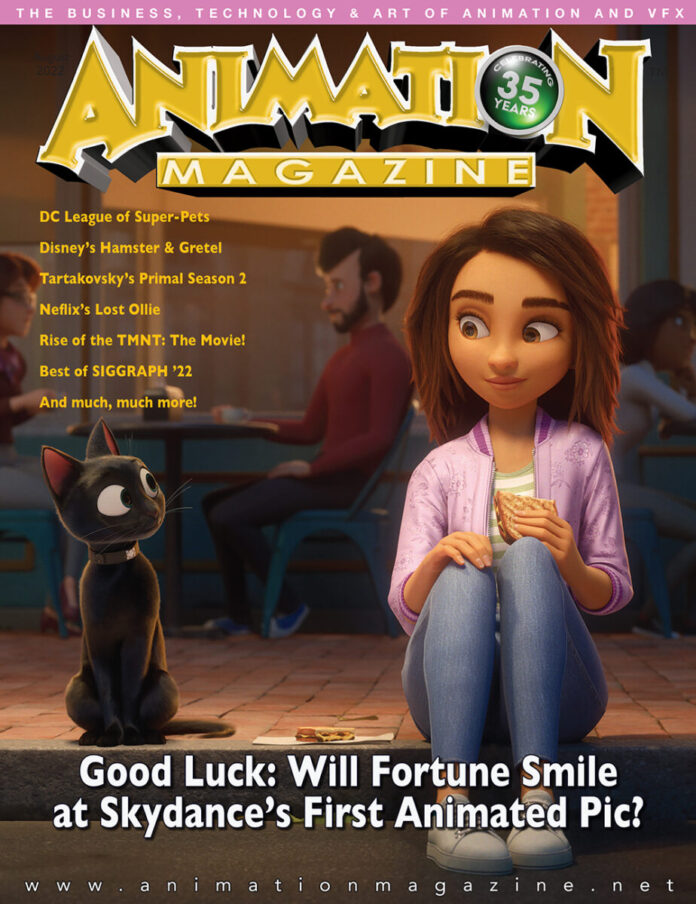 In The August Issue of Animation Magazine 322

How writer/director Jared Stern and his team brough the canine heroes of DC League of Super-Heroes to animated life.

Ant Ward and Andy Suriano give us the real scoop on the their awesome new animated Teenage Mutant Ninja Turtles movie.

An interview with animation genius Genndy Tartakovsky about the second season debut of his Adult Swim show Primal.

The creative team behind Bugs Bunny Builders detail their experiences. A look at this 2022 SIGGRAPH Expo in Vancouver and all its animation highlights.

VFX Supervisor Jake Morrison takes us behind the scenes of this summer’s Marvel extravaganza Thor: Love and Thunder.