Start your engines, superheroes! A first look (and listen) of Ethan Hawke as the voice of Batman in Batwheels is revved up and ready to go. The upcoming CG-animated series inspired by the DC Universe is set to debut as part of the preschool block on Cartoonito on HBO Max and Cartoon Network.

The new clip features a scene from the upcoming half-hour special, “Secret Origin of the Batwheels,” premiering on Batman Day, September 17, exclusively first on Cartoonito on HBO Max. The special will introduce viewers to Bam (the Batmobile), Bibi (the Batgirl Cycle), Redbird(Robin’s Sports Car), Batwing (the Batwing Jet Plane) and Buff (the Bat Truck), and tell the backstory of how this team of young sentient super-powered vehicles came to be.

In the “Secret Origin” special, when Batman, Robin and Batgirl are captured, the Batcomputer brings the Bat-Vehicles to life. The newly-minted Batwheels must defend the Batcave and face off with the Legion of Zoom — all without Batman’s help!

The series will officially launch later this fall on Cartoonito on Cartoon Network and Cartoonito on HBO Max. Produced by Warner Bros. Animation, Batwheels marks DC’s first entry into preschool, offering young viewers a high-speed, vibrant iteration of the Caped Crusader. The show will follow a group of young sentient super-powered vehicles as they defend Gotham City alongside Batman, Robin and Batgirl.

Series synopsis: They are a team of incredible crimefighters who have banded together to oppose evil, combat crime and clean up the streets of Gotham City. They are … okay, they’re NOT Batman and Robin. They’re the Batwheels: an awesome group of sentient super-powered crime-fighting vehicles defending Gotham City alongside Batman, Robin and Batgirl.

Having just been created by the Batcomputer, our heroes are essentially kids with little to no life experience. Led by Bam (the Batmobile), the Batwheels — Bibi (the Batgirl Cycle), Redbird (Robin’s Sports Car), Batwing (the Batwing Jet Plane), and Buff (the Bat Truck) — must navigate the growing pains of being a newly formed super-team as well as the growing pains that come with just being a kid. This relatable and aspirational series will follow the journey of this dynamic team as they thrill and entertain with their heroic adventures as well as demonstrate to kids the value of self-confidence, friendship and teamwork. 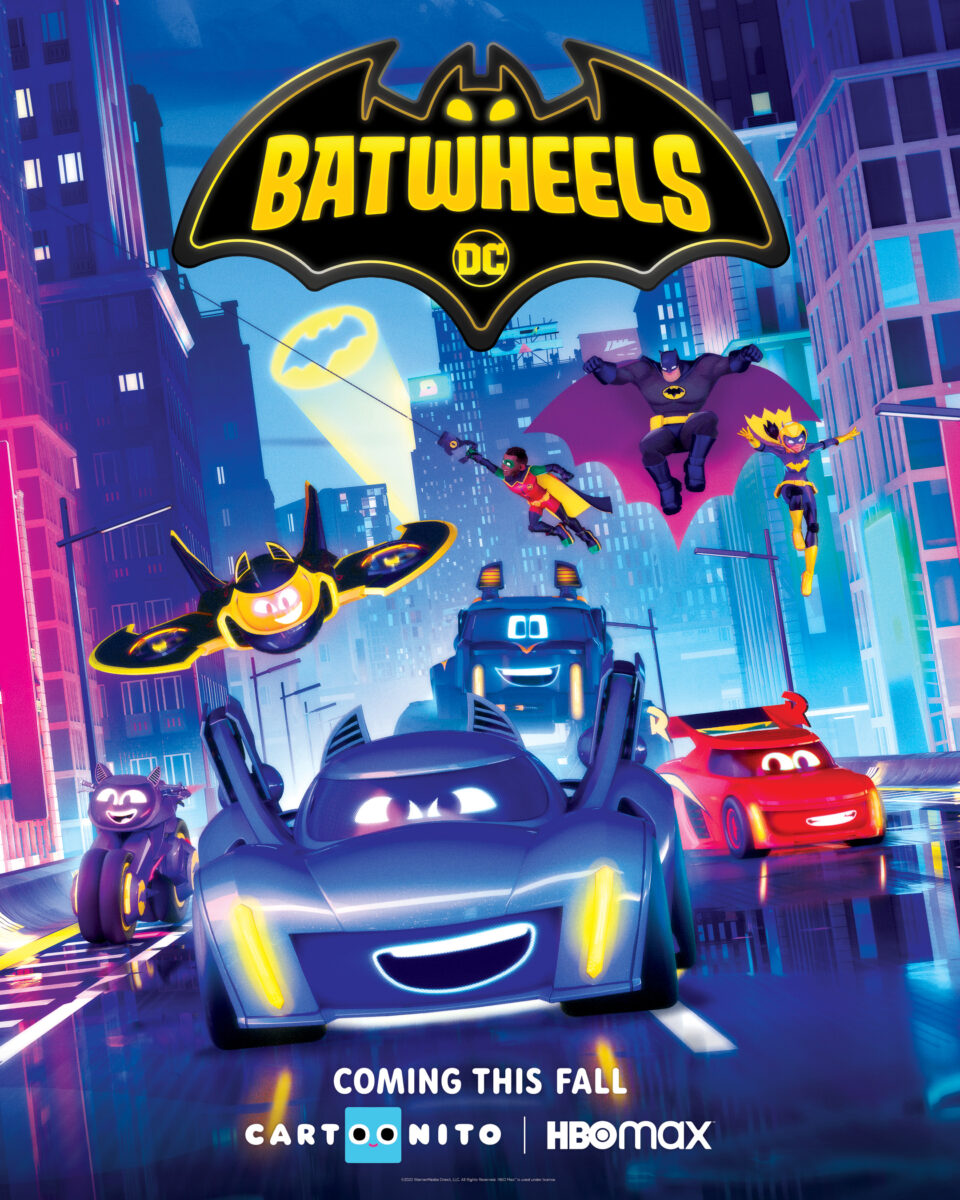 The rogues’ gallery of villains are voiced by Mick Wingert (as Moe and The Joker), Griffin Burns (as Prank), Alexandra Novelle (as Jetstah), Josey Montana McCoy (as Quizz), Ariyan Kassam (as Ducky), SungWon Cho (as Badcomputer and The Riddler), Tom Kenny (as Crash), Chandni Parekh (as Harley Quinn), Jess Harnell (as The Penguin), Regi Davis (as Mr. Freeze) and James Arnold Taylor (as Toyman).