There are plenty of animation and film lovers out there with a soft spot for eerie stop-motion tales, and now a group of U.K. filmmakers is hoping these fans are willing to invest in a new, folkloric project along these lines. Having secured an “offer of intent to fund” from a major national funding body, the team behind the short film Beltane have launched a Kickstarter to mee their conditional contribution of £5,000 (a little over $6K U.S.) 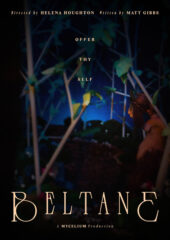 Beltane is a five-minute horrror fairy tale described as an evocative exploration of the Summer King myth. A cautionary fable, it is a portrayal of the cyclical nature of our natural world, of life, death and rebirth, exploring themes of humanity’s careless attitude towards nature and feminine agency.

The short’s newly formed indie prodco Mycellum Productions was brought together by a shared love of fairy tales and the capacity of these ancient stories to explore the human condition. By creating an original tale inspired by British folklore, the Beltane creative team will speak to our species’ relationship to nature and our loss of connection and perspective in the modern world.

“I want to explore the way we used to use fairy tales and folklore, to warn and enlighten, and to do so with a focus on how we engage with the Environment,” said  Helena Houghton, the film’s director and creative lead. “I want to create a film, where the environment is as much of a character as the other protagonists, and stop motion is perfect for this.”

The story follows two human protagonists, Josh and Sarah, as they stumble into and desecrate a liminal space one May Day eve. Steeped in local folklore, the protagonists are ‘Fae-led’ and separated, and Josh is offered a stark choice — to become king for a year, the consort of a Fae Queen, or wither and perish alone. 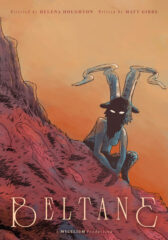 Beltane‘s production will require the creation of a stylized world populated by fascinating creatures, wherein the filmmakers will exploit the unique artforms of stop-motion animation and shadow puppetry to manipulate performances beyond the ability of human actors, and bring the environment to life as a character all its own. Mycellum is based out of Bristol’s Puppet Place creative hub.

Beltane is now seeking crowdfunding contributions on Kickstarter; the campaign will be live until August 31. Perks include production blog access, exclusive merch, a personalized puppet and sponsorhips of paid student internship and re-greening initiatives around Bristol.