Internet-first animation studio Invisible Universe today launched The R3al Metaverse, billed as the first community-driven animated series starring characters inspired by blue chip NFTs. The project will also mint 7,200 Producer Pass NFTs, allowing the community to have an impact on the creative direction and a chance to have their NFTs animated and brought onto the show.

Parodying reality house shows like The Real World‘ or Big Brother, The R3al Metaverse will follow five NFT characters who cross over from the metaverse, move into a house together, and experience life in Los Angeles for the very first time. Rigged in 3D and voiced by professional actors, the cast includes characters inspired by NFTs from some of the biggest communities: Pete from Bored Ape Yacht Club, Journey from World of Women, Claudine from Doodles, Monty from Cool Cats and Sam from Robotos.

Just like reality TV, fans will follow along and root for their favorites as they become friends, fight, make up, make jokes, make mistakes … and maybe even make out.

“While other animated series would take years to develop and get to market, Invisible Universe is uniquely positioned to launch an entire series and NFT collection in a matter of months,” said Alexis Ohanian, Founder of Seven Seven Six and investor in Invisible Universe. “There’s something special about seeing your NFT come to life as I’ve gotten to experience watching Pete go from a .jpeg to 3D character, and I’m excited for Producers Pass holders to have the same opportunity I did.”

Minting shortly after the series debut, holders of the Producers Pass NFTs will have the ability to contribute creatively — writing confessional interviews and creating some storylines in the season. Created by award-winning artists and animators, the Producers Pass NFTs are designed to become the owners’ Twitter banner with traits combining iconic locations in Los Angeles and the cast. NFT holders of the five communities featured in the first season will have a chance to see their character animated and brought into the series for a cameo.

“Invisible Universe has demonstrated an ability to build indelible animated IP in public across social media platforms. We approach storytelling in an egoless way, listening to the community about what they love and want to see more of in our stories. We believe the next generation of consumers is going to demand to be more a part of the development of their favorite entertainment franchises,” said Tricia Biggio, CEO of Invisible Universe. “This series has endless possibilities, whether it’s a spinoff, new characters or even a longer form series. We’ll see where our community guides us for Season 2 and beyond.”

Building off the company’s success of popularizing IP on traditional platforms, Invisible Universe is contextualizing NFTs, the individual communities, and the metaverse so anyone can understand Web3 on the platforms where audiences already are. The animation studio applied learnings from its existing hit characters including Qai Qai (Serena Williams’ daughter’s doll brought to life), Squeaky & Roy (the long lost toys of Charli and Dixie D’Amelio), Clydeo (Jennifer Aniston’s best furry friend and foodie) and Ember (the daughter of the devil).

The R3al Metaverse will also allow new characters to be introduced that then spin off into their own shows or worlds, much like Invisible Universe’s current characters.

The first six episodes of the 34-episode short-form series are currently available across TikTok, Twitter, Discord, YouTube and the project website. Two episodes will be released each week with each episode ranging from one to two minutes in length. 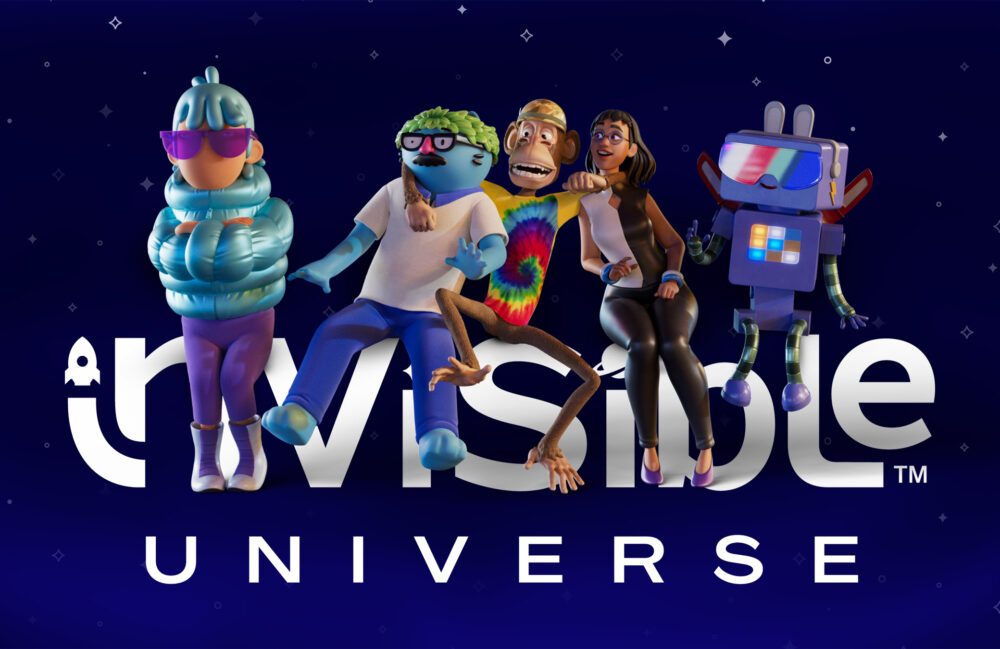