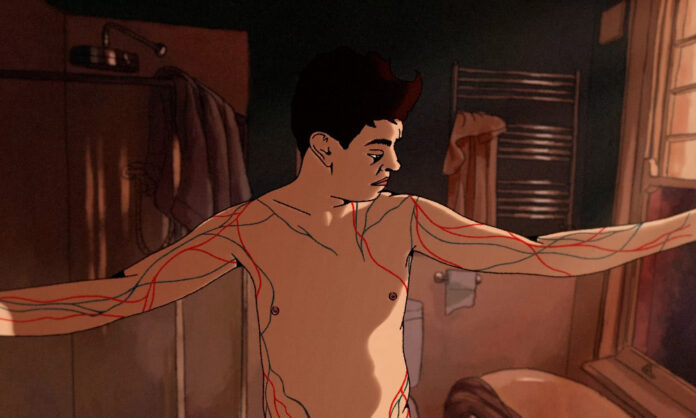 Adapted from the novella by Will Self, Scale is a 13-minute French, British, Belgian and Czech co-production, produced with rotoscope animation. Pierce also wrote the screenplay with Nicolas Pleskof; the cast features Sam Spruell, Zahra Ahmadi and Evelyn & Lila Neghabian Pierce. The short received a special screening at Cannes Critics Week and was selected for Annecy and the Guanajuato International Film Festival.

Driving along the motorway, Will loses his sense of scale. As his crippling drug addiction deepens, he struggles to unpick the sequence of events that led to his predicament, before he’s lost forever.

You can find the HollyShorts 2022 animation competition lineup here.