Pyromaniacal hallucinations, divine missions, TikTok tutorials… yep, looks like Mike Judge’s Beavis and Butt-head is ready to reintroduce toondom’s beloved burnouts to a new generation of fans. Timed to the project’s Comic-Con panel, Paramount+ has unleashed the reboot with a new first-look clip presenting scenes from the episode “The Special One.”

Synopsis: The iconic animated duo of Beavis and Butt-head are back and dumber than ever! The ’90s pop-culture phenomenons return, voiced by creator Mike Judge, to confound common sense, torment each other, and showcase some of the dumbest comedy imaginable.

Created and voiced by writer, producer and director Mike Judge, the characters of Beavis and Butt-head originated in Judge’s 1992 short film Frog Baseball, which was broadcast by MTV’s animation showcase Liquid Television. After MTV commissioned a full series around the characters, Beavis and Butt-head ran for seven seasons from March 8, 1993 to Nov. 28, 1997. The series was revived in 2011 with an eighth season airing on MTV.

During its initial run, Beavis and Butt-head received widespread critical acclaim for its satirical, scathing commentary on society. The show’s popularity spawned various related media, including the theatrical film Beavis and Butt-Head Do America in 1996. 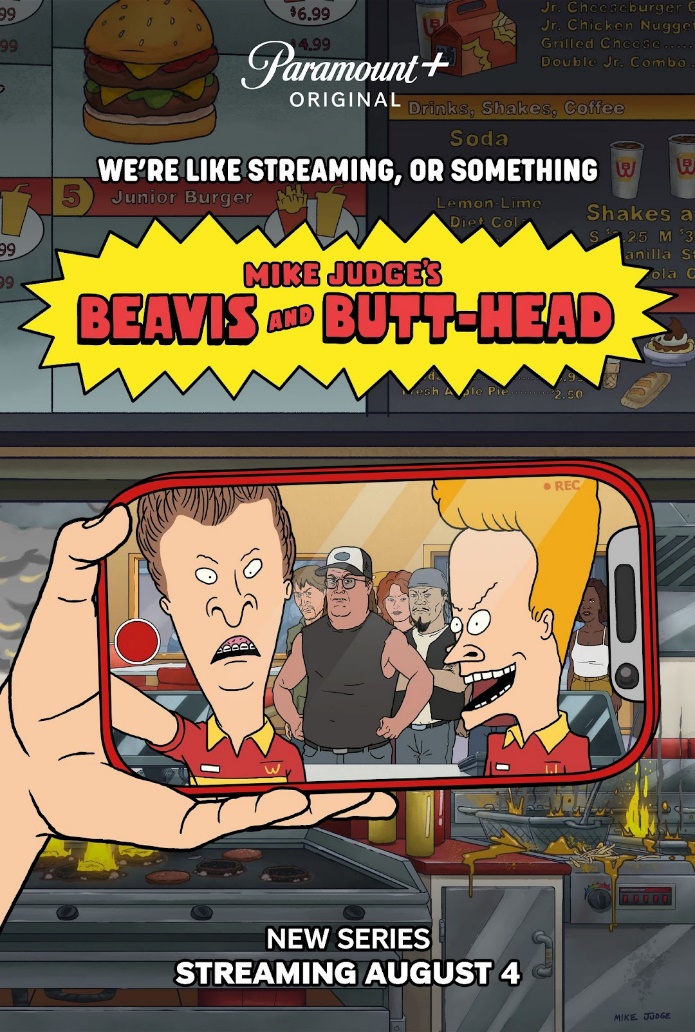