Having just picked up the worldwide rights earlier this month, Gravitas Ventures is gearing up for the release of Annecy premiere feature Canvas. Written and directed by Ryan Guiterman, the animated horror flick will roll out On Demand on August 9.

In this midnight thriller, a demon known as ‘The Painter’ comes to Earth with a gruesome mission — to create new spawn from chaos and murder. FBI agent George Rohan finds himself tasked with covering up The Painter’s multiplying murders, meanwhile a dogged investigative journalist, Reila Martin, works to unveil George’s growing web of lies. 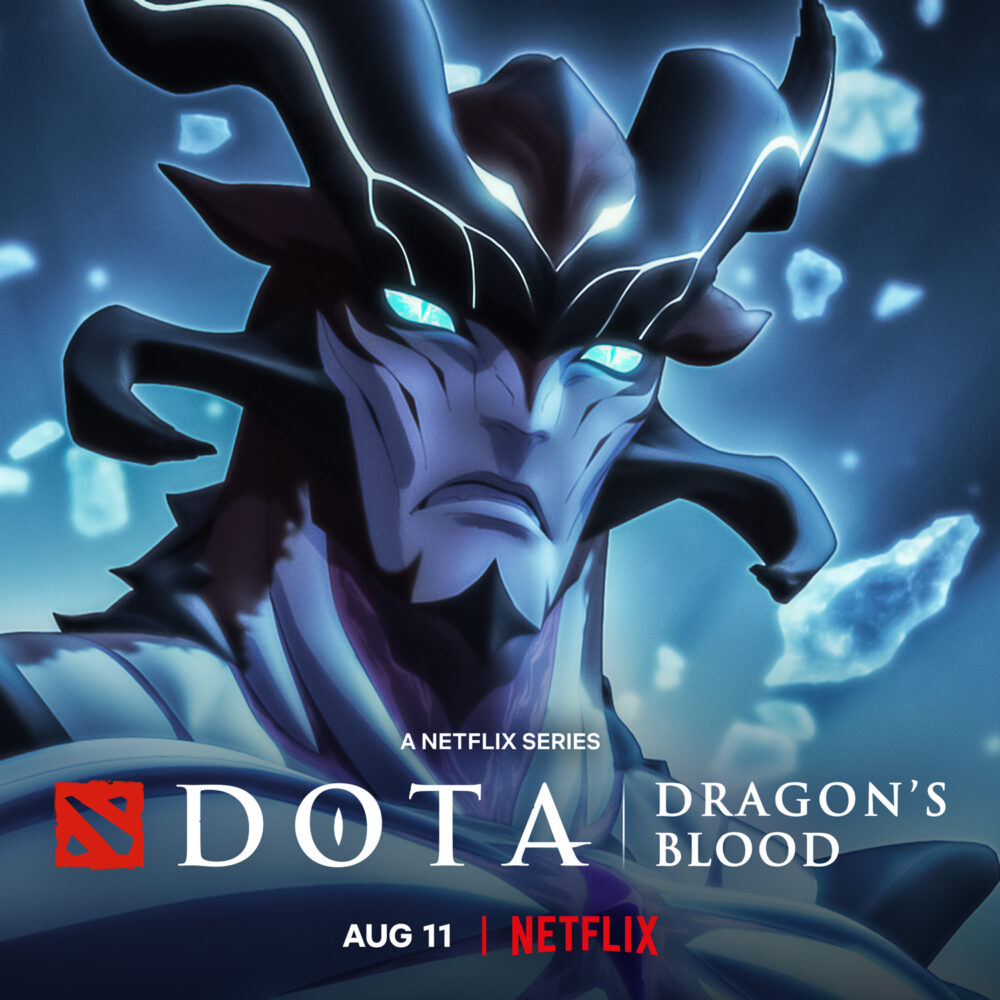 A new trailer for the third season of the hit online game spinoff DOTA: Dragon’s Blood has dropped ahead of the August 11 premiere on Netflix. Produced in collaboration with VALVE, the epic fantasy centers on a conflicted yet courageous Dragon Knight who must use the power of the dragon within to stop a deadly demon.

The time has come for brave warriors to conquer an indomitable foe. But can the ultimate sacrifice bring lasting peace — to all possible worlds?

WildBrain is extending its longstanding partnership with HarperCollins Productions to include exclusive linear broadcast distribution rights, on a worldwide basis, for the Emmy-winning animated series Carmen Sandiego. WildBrain has been appointed to distribute Seasons 1-4 (33 x 30’ total) of the hit series, which was originally produced for Netflix by HarperCollins Prod. and WildBrain’s animation studio in Vancouver.

WildBrain has already secured deals for all four seasons with Disney for its linear broadcast channels in Japan and France.

The series, which launched in 2019, follows the adventures of Carmen Sandiego — a master thief who uses her skills for good — as she pulls off a string of international capers, while also giving fans a look at Sandiego’s backstory and why she became a thief. Gina Rodriguez (Jane the Virgin) stars as Carmen, with Finn Wolfhard (Stranger Things) as Player, Carmen’s chief accomplice and friend.

These new rights build on WildBrain’s relationship with the brand across its 360-degree offering of production, distribution and licensing. WildBrain also distributes all four seasons of the classic 1990s animated
series, Where on Earth Is Carmen Sandiego? (40 x 30’),  its licensing agency WildBrain CPLG represents the brand globally.

The contract will give SPI non-exclusive worldwide AVOD and SVOD rights (with the exception of a few territories per program) on SPI platforms such as FilmBox+, FilmBox on Demand, Film1, ToonzBox and ToonzStream. The shows Maya the Bee, Heidi, Pinocchio and Alice in Wonderland will be available on-demand in various language versions, including English, French, German, Italian, Portuguese and Spanish.

Emmy Award-winning French animation producter/distributer company Dandelooo has signed a deal with Grupo Globo in Brazil for Season 1 & 2 of the preschool series Petit and Ella Oscar & Hoo. Both will be available on Globo’s children’s OTT platform Giga Gloob and Pay TV channel Gloobinho.

Petit (S1: 26 x 7’; S2: 13 x 7’) follows the adventures of a sweet, fun, brave, creative, sensitive, thoughtful, intense and innocent child who has a unique point of view of the world around him, as every boy and girl does!  Based on the book Petit el monstruo by Isol, the 2D series targeted at kids 4-7, produced by Pájaro (Chile) in co-production with Pakapaka, Nonstop (Argentina) and Señal Colombia. Nominated for the 8th International Emmy Kids Awards, Season 3 (26 x 7’)  is currently in production.

Ella, Oscar & Hoo (52 x 11’), produced by French animation company Normaal and Piwi+, Canal+’s preschool channel, is based on the picture books by Théo de Marcousin & Michael Dudok De Wit. A smart, bubbly girl, a bouncy little boy and a very young cloud: here are Ella, Oscar & Hoo! Together they will chase dinosaurs, explore mysterious woods, or be Santa’s devoted assistants… Every day is a new adventure, an opportunity to learn together about courage, honesty and childhood friendship!

Preschool animation hit Everything’s Rosie, produced and distributed by U.K.-based V&S Entertainment, has been picked up by award-winning digital content agency and media network Little Dot Studios, which has had great success with the show on its YouTube channel
WIZZ and has now taken over management of the official Everything’s Rosie YouTube channels in both English and Latin American Spanish.

After being a staple of the CBeebies schedule for nearly 10 years, the wholesome and educational series has also been successfully placed on state broadcaster CCTV in China, and there are deals in the pipeline with digital platforms which will ensure the show is seen by in excess of 120
million preschoolers in the territory. In addition to the 170 territories where Everything’s Rosie already has a footprint, V&S recently secured contracts in Hong Kong, Taiwan, India, Eastern Europe and the U.S. 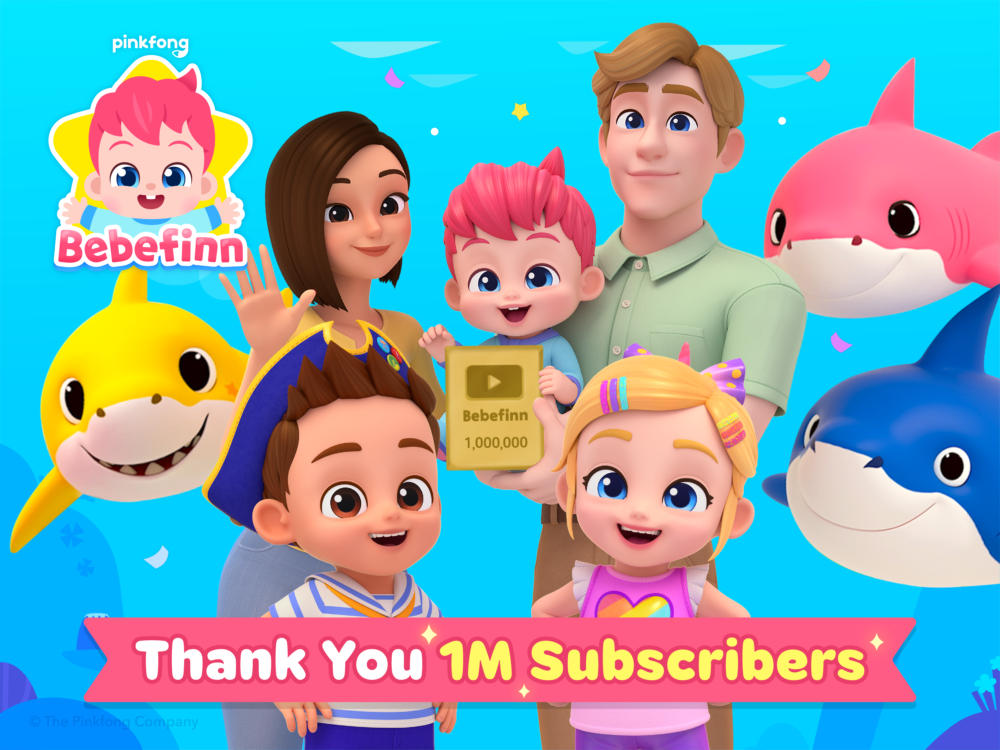 The Pinkfong Company‘s brand-new 3D-animated sing-along series Bebefinn is off to a great start, reaching notable milestones across streaming and social platforms in its first several months of release. Highlights include:

ducktv’s educational programming reaches babies and toddlers and features animated and live-action content and mini-cartoon series. Their flagship show, Ducky Adventures, stars the brand hero, a charming character named Ducky. Ducky’s stories are created with the support of child psychologists and teach toddlers how to handle their emotions and help in conflict resolution while developing their thinking and observational skills.