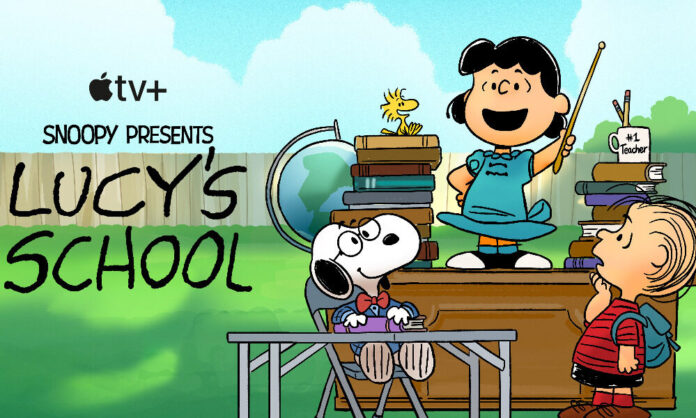 The Peanuts gang are anxious about starting at a new school in the fall, inspiring Lucy to start her own school instead, but teaching isn’t as easy as it sounds. Lucy’s School is a love letter to teachers, and an appreciation of the impact a teacher can have on a child. It explores the fear of change, and shows how Lucy, supported by her friends, faces and overcomes her own fears.

Also coming to Apple TV+ on Friday, August 12 through its partnership with WildBrain are new episodes of the beloved Apple Original, The Snoopy Show Season 2.

The expanding and award-winning lineup of original animation for kids and families on Apple TV+ also includes the critically-acclaimed and Humanitas Prize nominated El Deafo, Lovely Little Farm, Pinecone and the Pony, Harriet the Spy (The Jim Henson Company), Wolfboy and the Everything Factory (Joseph Gordon-Levitt, HITRECORD, Bento Box Ent.), Get Rolling with Otis, Academy Award-nominated film Wolfwalkers, Peabody Award-winning series Stillwater. new series and specials from Peanuts and WildBrain ( Snoopy in Space S2, It’s the Small Things, Charlie Brown, For Auld Lang Syne) and Here We Are: Notes for Living on Planet Earth, the Daytime Emmy-winning television event based on the New York Times bestselling book and TIME Best Book of the Year by Oliver Jeffers.