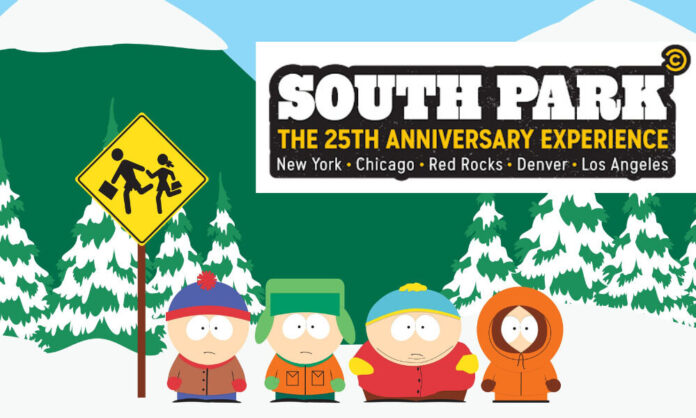 ‘South Park: The 25th Anniversary Experience’ Brings the Celebration to Cities Across the US

Inspired by the real South Park Studios storage unit where many of the items displayed have been held for the past 25 years, the exhibit is housed within a custom fabricated shipping container: giving fans the authentic experience of ‘stepping into the South Park vault for the very first time.’ The shipping container — which features a custom, Cartman-inspired paint job — will also serve as an interactive photo opp: giving fans the opportunity to pose alongside their favorite characters against three different iconic South Park landscapes.

Additionally, fans will be able to purchase South Park merchandise (including limited edition 25th anniversary items specific to each location) as part of the 25th Anniversary Experience ‘tag sale.’

Heading to Chicago this weekend after kicking off in New York’s Union Square on July 23, the 25th Anniversary Experience is free to attend and will be popping up in highly trafficked areas across the United States. Following its New York launch, the experience, produced in collaboration with entertainment and brand experience company Superfly, will be in the following locations [all local time from 10 a.m. – 6 p.m.]:

Additionally, a tailgate experience will be an added attraction to the previously announced two-day concert at Red Rocks on August 9 & August 10. The tailgate, which will take place at Red Rocks Trading Post and will be open to the public, will offer a communal celebration of all things South Park featuring activations, games, cosplay contests and more.

Featuring iconic songs from the historic series, “South Park: The 25th Anniversary Concert” will be filmed live at Red Rocks and will premiere on Comedy Central on Saturday, August 13 at 10 p.m. ET/PT, streaming the next day (Sunday, August 14) on Paramount+. The event will feature series creators & executive producers Trey Parker and Matt Stone, Primus and Ween. 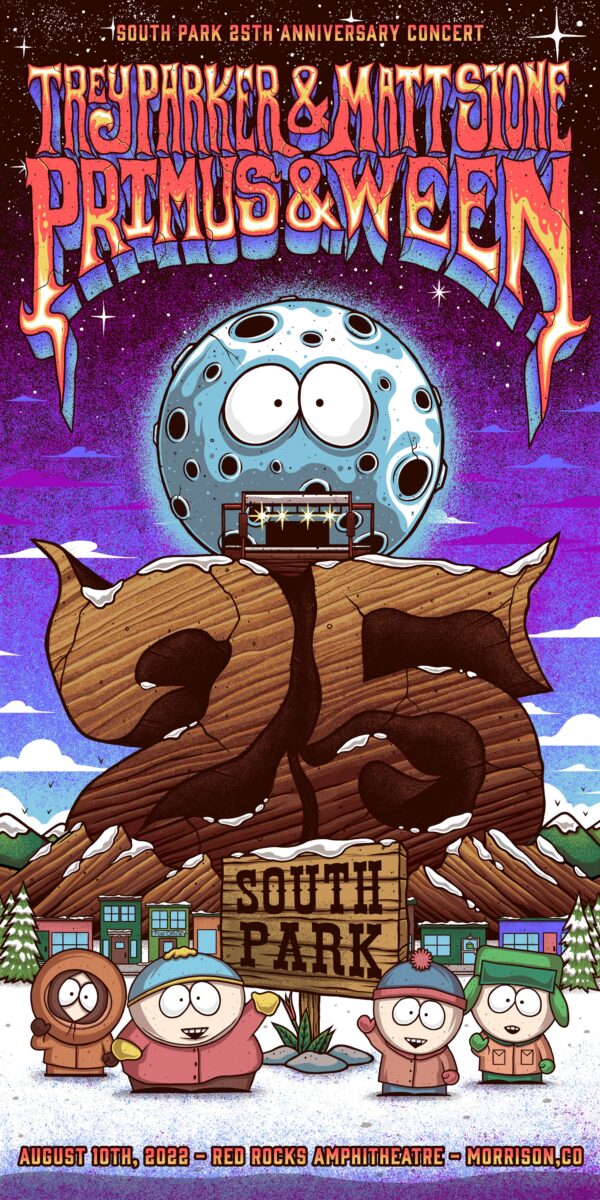 ‘My Dad the Bounty Hunter’: Meet the New Space-Age Family

James Gunn to Give DC’s Creature Commandos an Animated Epic

James Gunn to Give DC’s Creature Commandos an Animated Epic

‘My Dad the Bounty Hunter’: Meet the New Space-Age Family