Though it may seem like any other Australian suburb, forces of evil both cosmic and man-made lie in wait to pounce on unsuspecting Daptonians. On a quest to clean up his hometown, and often roping his frustrated family into his adventures, Koala Man stands at the ready. He’ll do whatever it takes to defeat villainous masterminds, supernatural horrors, or worse: jerks who don’t take their rubbish bins down on the proper days.

Snook voices Kevin’s wife, Vicky, who believes this whole hero thing is just him going through “a phase.” She puts up with Koala Man in hopes that her reliable old husband will snap out of his bizarre mid-life crisis .. but seeing how dedicated Kevin is to his other life as Koala Man and being a school cafeteria lady, Vicky starts to feel she is missing out on a life passion of her own.

Lardner voices Kevin’s daughter and Liam’s (also voiced by Cusack) 35-seconds-older twin, Alison. Almost sociopathically preoccupied with popularity, Alison is ruthlessly intelligent and maniuplative, with a list of all the coolest kids in school and a plan to knock them out of her path to become The Most Powerful Girl in School.

Jackman’s character, Big Greg , is the head of the town council and said to be the most popular man in all of Dapto. Greg is also Kevin’s direct supervisor at work. Rubbing salt in poor Kevin’s wounds, Greg seems to get all the credit for Koala Man’s work.

A post shared by Koala Man on Hulu (@koalamanonhulu)

A premiere window has yet to be announced. 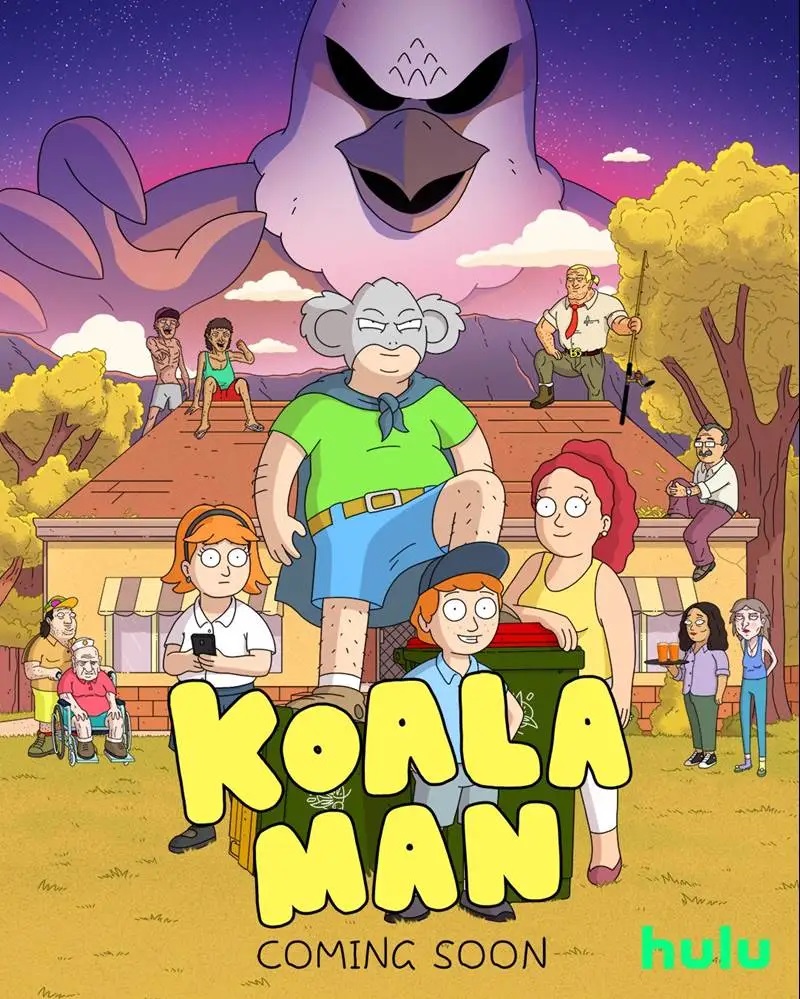