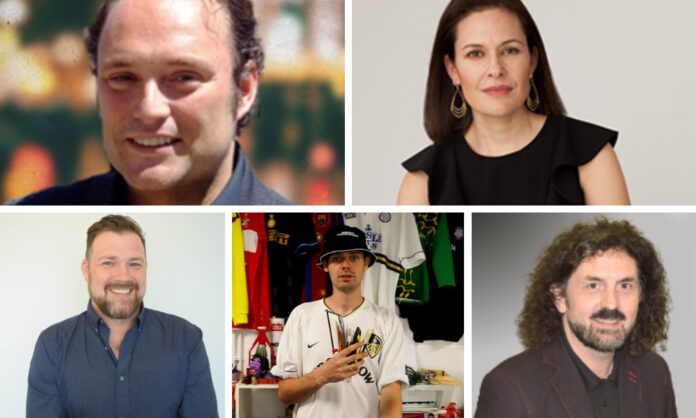 “It’s a dream to join an international team with so much experience and success in the creation and expansion of family brands,” said Biern. “Our mission will be to create and identify major successes capable of merging digital and the latest creative trends, without ever losing sight of our core interactive audience.”

Formerly President of DIBOOS (the Spanish Federation of Animation and Visual Effects Producers), Biern has vast experience as a creator, executive producer and business developer for animated series. His credits include some of the top award-winning coproductions in Europe, North America and Asia. Over the past decade, Biern has led creative and commercial, audiovisual, digital, interactive and merchandising teams at renowned animation companies including BRB Internacional (Spain) and Toonz Media Group, (a leading multinational with animation and interactive studios in India, Ireland, Spain, Turkey and New Zealand).

Biern will use his global view of content development and management, and his Asian market experience to expand DeAPlaneta Entertainment’s reach into new and growing markets in both production and distribution. He will also pay particular attention to digital IPs targeting young audiences, plus video-on-demand platforms and immersive environments.

Nickelodeon veteran Shannon Friedrichs-Higdon has been elevated to Senior Vice President of Content & Brand Strategy for Kids & Family at Paramount Global. Taking on new responsibilities to maximize the value of Nickelodeon across all the group’s international  platforms, including Paramount+ and Pluto TV outside the U.S., she will tackle international content strategy, working closely with the domestic programming team as well as the international kids and family brand heads and the wider global streaming organization.

Friedrichs-Higdon has been with Nickelodeon since 2005, when she began as a programming coordinator. Most recently, she served as VP of Content & Brand Strategy at Nickelodeon, appoined in 2013. She will continue to report to Jules Borkent, Managing Directo and Executive Vice President of Kids & Family for Paramount Global. She will also work in close partnership with Doug Craig, SVP of Content Strategy for International Streaming, and with the Pluto TV teams around the world on their Nickelodeon branded channels.

Canada’s Yeti Farm Creative (yetifarmcreative.com) is making strategic moves to facilitate its continued expansion and development of its own IP as well as its work as a sought-after service studio. The company has restructured its management team, with partner Jay Surridge as Chief Creative Officer, responsible for shepherding in a new production and development slate, and tapping Stephanie Marcott (formerly of Method Studios, Framestore, DNEG) as International Recruiter to manage talent acquisition.

Known for its proprietary 2D Sweet Tweets series along with its production of 2D animation hits Hotel Transylvania and Pete the Cat, Yeti Farm Creative has also recently moved its operations to a state-of-the-art facility equipped with the latest technology to better support its growing production needs.

“We have built a great core group of artists and producers over the past few years on shows like Pete the Cat with creator Jeff ‘Swampy’ Marsh, our own Sweet Tweets, and the upcoming Summer Memories,” said Surridge. “The last couple years Yeti found ways to naturally evolve to the industry’s new hybrid production world, allowing us to collaborate more efficiently as a studio in all departments and take a larger role in productions at all levels. We’ve had a creative booster shot.

“I look forward to working with Stephanie to further build the artist team for these and other exciting new shows, including a 3D series that Irene brought to us, which we are developing with Corus Entertainment’s Nelvana Studios, as well as the comedy series Alpha Betas, starring top YouTube creators, among other projects.”

BlinkInk (blinkink.co.uk) has signed on Bristol, U.K.-based director and artist Will Child to its roster of in-demand talents. “I’ve hugely admired Blink from afar since working in the art departments on a couple of commercials a good few years ago, so I’m mega proud to now be joining the amazing roster here,” said Child. “I feel like we have very similar ideas as to the kinds of things we want to make and the tone of voice they’re delivered in, and I can’t wait to collaborate with the amazing production and creative talent at Blink and up the levels on my own craft again.”

After leaving his job as a graphic designer in Leeds, Child moved near his grandfather in Slough to pursue a freelance career in clay sculpting, graphic design and art department work. After a few months, he came across some very old plasticine and decided to try animation. Combining his love of craft and being an avid hip hop fan, Child saw claymation as a great way to introduce his sculpture work to the music industry. He secured a low budget music video for U.S. rapper Da$h. Commissions gradually snowballed, with globally renowned artists including FKA Twigs, SZA and Slowthai requesting their own sculptures.

In 2020, Child  set up his own animation label, Gravy Mercedes (gravymercedes.com), and has created an extensive list of music videos for the likes of Drake, Trippie Redd, Kurupt FM, PARTYNEXTDOOR and Easy Life. His creative ventures have led him to getting on stage with Young Thug at a festival in Miami, eating pizza at Benny Blanco’s house in Hollywood and the late DMX calling him out of the blue on Christmas Eve. Alongside music videos, he has also dipped his toes into commercials with Old Spice, Reebok and BT Sport to name a few.

Under the Kids Gloves banner, Mac Giolla Bhuí’s list of consultancies and clients include top U.K. and European animation companies including Zodiak Media, Ho Ho Entertainment, Cosgrove Hall Fitspatrick, Kimmix Ent., Larkhead Media and V&S Entertainment. He can be reachd at eamon@eamon.ie and through www.kidgloves.ie.