“Lightyear looks amazing on the big screen, of course, but we are so excited to bring it to Disney+,” said director Angus MacLane. “We devoted years of our lives to this film and we are so proud of it. We want to share it with as many people as possible. Disney+ not only gives more fans an opportunity to see Lightyear, it gives us all the means to see it again and again.”

Get ready to blast off with Disney and Pixar’s #Lightyear streaming August 3 only on @DisneyPlus. 🚀💫 pic.twitter.com/iiXGgbcJvE

A sci-fi action adventure and the definitive origin story of Buzz Lightyear, the hero who inspired the toy, Lightyear follows the legendary Space Ranger after he’s marooned on a hostile planet 4.2 million light-years from Earth alongside his commander and their crew. As Buzz tries to find a way back home through space and time, he’s joined by a group of ambitious recruits and his charming robot companion cat, Sox. Complicating matters and threatening the mission is the arrival of Zurg, an imposing presence with an army of ruthless robots and a mysterious agenda.

The film features the voices of Chris Evans as Buzz Lightyear, Uzo Aduba as his commander and best friend Alisha Hawthorne and Peter Sohn as Sox. Keke Palmer, Taika Waititi and Dale Soules lend their voices to the Junior Zap Patrol’s Izzy Hawthorne, Mo Morrison and Darby Steel, respectively, and James Brolin can be heard as the enigmatic Zurg. The voice cast also includes Mary McDonald-Lewis as onboard computer I.V.A.N., Isiah Whitlock Jr. as Commander Burnside, Efren Ramirez as Airman Díaz, Keira Hairston as Young Izzy and Tim Peake as Tim/Mission Control (in the U.K. release).

Directed by Angus MacLane (co-director, Finding Dory), produced by Galyn Susman (Toy Story That Time Forgot) and featuring a score by award-winning composer Michael Giacchino (The Batman, Up), Disney and Pixar’s Lightyear is in theaters now, streaming on Disney+ on Aug. 3. 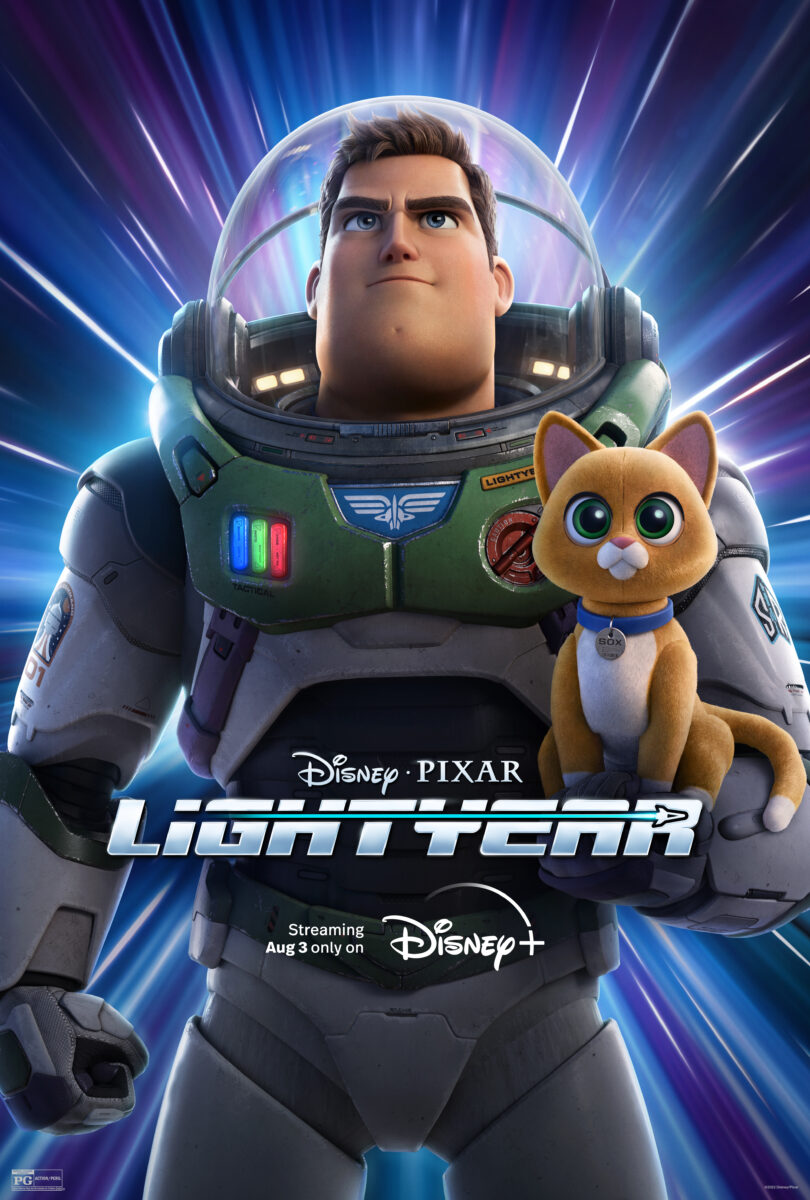