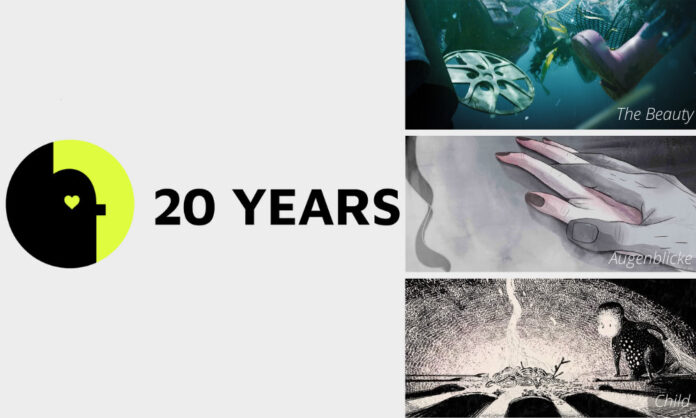 Last Friday, July 15, Animationsinstitut at Germany’s Filmakademie Baden-Wuerttemberg celebrated its 20th anniversary. Alumni from all over the world as well as political representatives joined students and staff of the institute for a festive Birthday Reception to look back on two successful decades since the foundation of Animationsinstitut.

The celebration was attended by many guests, including Albrecht Ade, founder of Filmakademie, who looks back enthusiastically on the last 20 years: “Away from and in contrast to the era of one-dimensionality, the creation of artistic animated films is an exercise in freedom of thought. Passion, dedication and aspiration are manifested in these works. I am proud of Animationsinstitut’s level of work, and have been for many years.”

To thunderous applause, the book 20 Years 20 Projects, created especially for the anniversary of Animationsinstitut, was presented, providing insights into the diverse history and development of the institution through twenty essays on twenty institute projects.

Since the founding of Animationsinstitut in 2002, a lot has happened: Not only was a research and development departmentestablished within the institute, but Animationsinstitut also organized the conference FMX – Film & Media Exchange for many years. While the range of studies initially focused on animation, visual effects and technical directing, the institute expanded its course offerings just a few years later to include the specializations Interactive Media and Animation/Effects Producing. By doing so, Animationsinstitut promoted collaboration within Filmakademie.

“Our primary goal at Animationsinstitut is the individual training and supervision of our students according to the premises of relevance, intensity and originality. For the past 20 years, we have worked in this spirit. In this regard, I would like to thank all the staff members of the institute for their dedicated efforts throughout the years,” said Andreas Hykade, Director of Animationsinstitut.

The success of its students proves Animationsinstitut’s process and priorities right. Since the beginnings of the institute, more than 1,000 student projects have already been honored with national and international awards — including most recently the prestigious student Oscar for the VFX project The Beauty. This makes Animationsinstitut one of the world’s most renowned educational institutions in the industry.

Petra Olschowski, State Secretary at the Ministry of Science, Research and Arts, feels positive about the future: “The story of Animationsinstitut has only just begun. The institute is extremely dynamic and understands that the industry is in a constant state of change. Together with its students, Animationsinstitut responds proactively to new issues and challenges. It is precisely this dynamism and force for change that make the institute, and especially its students, ready for the future. This is why Animationsinstitut will continue to play a key role in the ever changing world of film and media.”

You can watch the Birthday Reception stage presentation here. Learn more about Animationinstitut at animationsinstitut.de/en.